Source
Video is boring, but she is gorgeous.

So now that Halloween is near I decided to make a onto original my self after seeing so many good once here. Now my list my not be as beautiful as the rest but hopefully you will like it anyway.

And please share your favorit horror movie from the 2000's.

While Sidney and her friends visit the Hollywood set of Stab 3, the third film based on the Woodsboro murders, a new Ghostface begins to terrorize them once again.

After a teenager has a terrifying vision of him and his friends dying in a plane crash, he prevents the accident only to have Death hunt them down, one by one.

Two death-obsessed sisters, outcasts in their suburban neighborhood, must deal with the tragic consequences when one of them is bitten by a deadly werewolf.

The wife of a university research scientist believes that her lakeside Vermont home is haunted by a ghost - or that she is losing her mind.

A wealthy New York investment banking executive hides his alternate psychopathic ego from his co-workers and friends as he escalates deeper into his illogical, gratuitous fantasies.

A group of teenagers including Cindy Campbell and Bobby Prinze, accidentally hit a man when driving, and dispose of the body, but now they are being stalked by a very recognisable masked killer. The victim count increases, whilst Cindy must survive the carnage that has she has seen in so many films before.

Note :Not really a horror movie but I think it deserve to be on the list anyways

Our 2015 winners are many things: strong, talented, brilliant, sparkling, visionary, inspiring. They light up the worlds of fashion, art, music, theatre and film with their intelligence, ambition and beauty.

( Collapse )
View the full portfolio at the source

Popstar blasts @Meghan_Trainor on #XFactor: 'She's got this face like you're all s***' https://t.co/mLezlBiiN1 pic.twitter.com/OQ2sxbhcXh

-Conrad Sewell, most known for his collaboration "Firestone" with Kygo, wasn't happy with Meghan

Do you hate it when guys tell you that you should smile?

ONTD, Are you satisfied with the cheap way they killed off Claire?

My favorite color is yellow. It's like it was meant to be.

Ok, Miss Sharon. I see you serving us VISUALS. I love the Bram Stoker's Dracula & the Nosferatu looks

Major congrats are in order for Daniel Radcliffe!
Daniel Radcliffe will be the latest to receive a star on the Hollywood Walk of Fame, announced the organization's Producer/VP Media Relations on Wednesday.

Dan will receive the accolade on November 12 in ties with the Thanksgiving release of Victor Frankenstein.

Harry Potter director Chris Columbus is confirmed to speak on his behalf, as well as comedian Chris Hardwick.

As if suggesting an updated 2015 Lady Marmalade remake with Iggy Azalea, Miley Cyrus, and Charli XCX wasn't enough! Pop perfection - Rita Ora - was asked last night at the KISS Haunted House Party in London on which of her talents she would like to use for the next Bond film - sing the Bond theme song or be the next Bond girl? Her reply?

"I'd rather sing the theme but has anybody done both? Maybe. Maybe I'll do both!"

that answer, slay! ONTD, who should be the next James Bond/Girl/Singer?

- ticket sales are dismal for Britney's "Piece Of Me" show, while Celine Dion's ticket sales have been wonderful ever since she reclaimed the Vegas stage in August.

- experts agree that Britney fans have moved on to other artists since early 00s when she used to be popular: "It’s hard to keep people interested in an act like Britney Spears since she’s a 1990s, 2000s pop star. That fan base doesn’t really come to Vegas to see her shows...They’re there for the EDM scene and DJs.”

- "It’s a Vegas war now that Céline is back, and Britney is losing in a major way. Céline has sold out almost every show.", analysts say

So @littlemix turned up to the #KISSHaunted House Party as KISS! Amazing!! 🎤😜 #mixers pic.twitter.com/3cX63FK5JU

Grown is out now! Don't forget to stream it on Spotify and to pre-order the album on iTunes!

Today, someone working at Billboard decided to link to an article about North West acting "sassy" with the paparazzi with this tweet

Of course people's responses to it haven't been positive at all, but as of now the tweet remains in Billboard's timeline.

ONTD, have you ever made a disgusting joke online through your company's account and kept your job?

Original tweet
Screenshot provided in case it gets deleted.
Update: it's deleted now 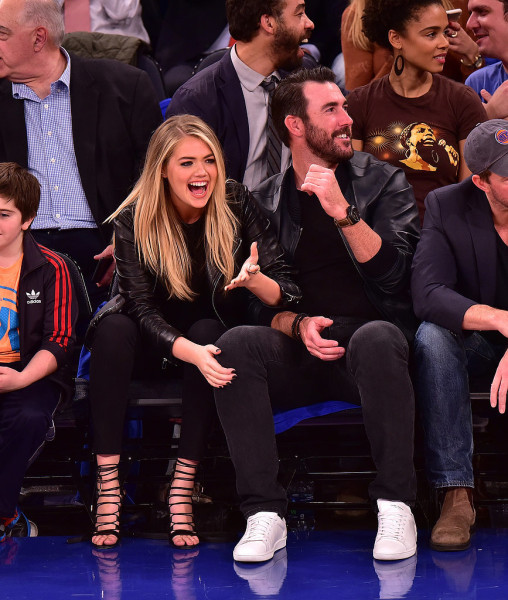 Earlier in the night Kate made a trip to visit Jimmy Fallon and reminisce about the time she beat him at Flip Cup and tries to be mean with a smile.

feeling humbled, excited and grateful. thank y'all sm for your support & excitement! #2!!!!!!!! 😁Focus is out now! ✨ pic.twitter.com/ubeVc5aj7a

I am dead. y'all never cease to amaze me. thank you for supporting #Focus. 🙈 humbled & excited. much more to come ♡ pic.twitter.com/P26bUyCsOE

Instagram Text: at the heart of an Adele & JB sandwich 🙈🙊 blessed to see my name up there with such incredible company!!! what a wonderful time for music. 😍 thank you for supporting Focus, I'm humbled & grateful. ♡

rip anyone releasing music w adele coming out with an album

To start a new gender equality conversation on social media on how both Laverne and Emma are feminists but don't hate men, they both brainstormed hashtag #ILoveMenButHatePatriarchy".
( Collapse )

omg the music. gets me every time. 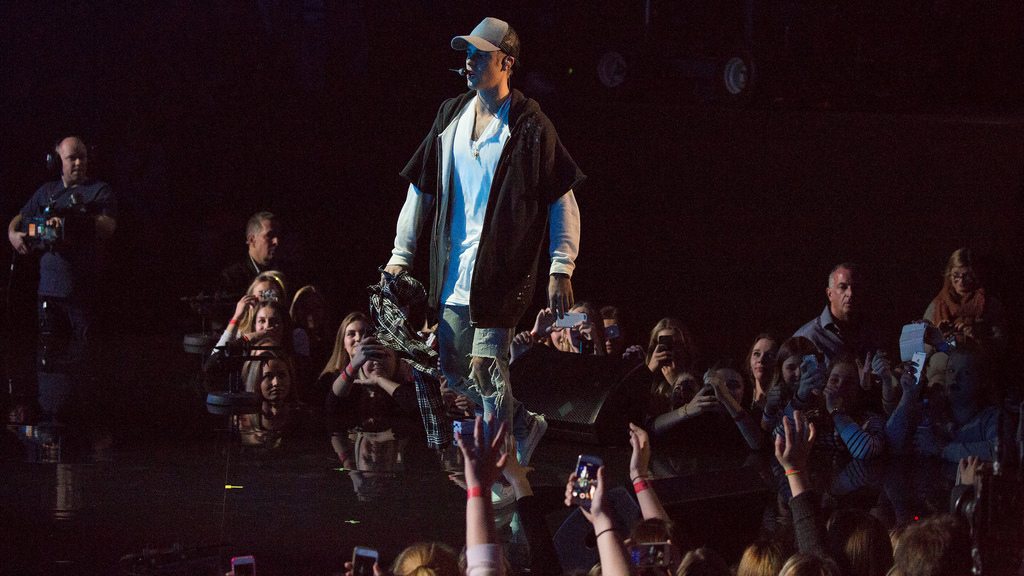 The concert were arranged by TV2 . Bieber would be interviewed on TV2s Late night show and then play a concert for a few lucky fans. It would be aired as a special in November.
( Collapse )
After the concert, several of the girls were targeted by Beliebers from all over the world. Their facebook pages were spammed with death threats and harassment.

i know these sources are in norwegian, but i'm hoping this will be accepted anyway. at least the sources aren't banned, and this mess is pretty entertaining

DEADPOOL (& The Wolverine Sequel) WILL BE IN IMAX! And @deadpoolmovie announced it in such a creative/deadpooly way pic.twitter.com/c35obsWRm0

-Andre Triocoteux (aka the hero) says his Colossus will be much closer to the original X-Men comic version.
-Daniel Cudmore played the role previously in X2: X-Men United, X-Men: The Last Stand and 2014’s X-Men: Days of Future Past.
-Triocoteux (who is Russian) teased "the characters ethnicity onscreen might finally match his origins". Saying, "we kept it exactly like the comic book". (quote from yahoo)

Will this be amazing, or will it be all hype?

In a Camelot flashback, a chance encounter with Merlin, David, Hook and Belle gives Merida new hope in her quest to save her brothers from the usurping clans of DunBroch. Unwilling to leave anything up to fate, Merida brings Belle along on a dangerous journey that culminates with an invaluable lesson in bravery.

In Storybrooke, Regina, Mary Margaret and David discover the spell that would allow one of Merlin’s chosen to communicate with him, but when Arthur fails to reach the missing sorcerer the heroes grow suspicious. Meanwhile, Emma commands Merida to kill Belle in hopes of forcing Mr. Gold’s heroic transformation. With Merida unable to disobey Emma’s orders, Gold must find the courage to fight for Belle’s life or risk losing her forever.

Zayn Malik was photographed yesterday leaving Nobu restaurant in London wearing Vivienne Westwood's "I am not a terrorist, please don't arrest me" t-shirt.

“Since the creation of this T-Shirt in 2005, to take a stand against proposed anti-terror legislation, this unisex piece has come to be a classic in Vivienne Westwood’s T-Shirt collection.”

He was seen leaving the place with actress Wallis Day, who's dating a british model. They left in different cars.

People on twitter were saying "he was supporting terrorism despite not being a terrorist" because of the #FreePalestine tweet he made a few months ago.

Can @Mets find success in Queens, or will @Royals keep on rolling? 8pm ET on FOX: https://t.co/GMlOMGbaFN #DKLineup pic.twitter.com/WV0DFdm1Gc

So what do you think, ONTD? Are we set for another series sweep or are the Mets going to come roaring back? Viewing post!

I'd also like to ask fans of the playoff teams to tell me who they think the hottest players on their team are, for a very important upcoming ONTD original which involves objectification of athletes

How was your highschool experience ONTD?

- Saban is planning to move the show from Nickelodeon to Netflix once Nickelodeon's deal ends in 2016.
- Apparently Netflix is using the film's release to relaunch Power Rangers
- Season 24 will air in 2017 and be about Ninjas (yes, again) and adapt Super Sentai series Ninninger.
- It will be called 'Power Rangers Shuriken' and have 32 episodes, an upgrade considering the last few seasons only had 20 something episodes.
- This might open a door to make all the Power Ranger seasons available on Netflix worldwide.

YOU'RE INVITED! Check out the @iHeartRadio Snapchat Discover Channel for all the deets on @ArianaGrande tonight! pic.twitter.com/hNUJKbD5ke

meanwhile on power 106!!
- claims women's main concerns aren't make-up and their cellphones like the men suggest
- says the unicorn icon isn't just for 'boys', but men as well
- says she doesn't want to hang out at power 106 anymore bcz they need some education about equality
- watch video here: swift-machine's tumblr

Mods, pls approve this post close to that time so we can have a discussion post. Thanks!

Highlights of the interview:

- Jaye admits she was concerned about angel investors pushing their own agenda on the film and interfering with creative control. Tried to get grant funding but was constantly rejected including when she submitted it in the human rights category.

-Interviewees and crew dropped out of the film because of it's subject matter.

-Jaye mentions one of her interns was often having "emotional experiences" and crying during production. "She claimed everything I was showing her was triggering her.”

- Wants to portray a fair and balanced view of the men's rights movement, not a hit piece. Made a Kickstarter to cover the cost of the films post production needs.

-Jaye has seen quite a bit of support from men's rights activists, one of her interviewees Dean Esmay said “Cassie’s film will not see the light of day without substantial anti-establishment support. I expect feminists to do everything possible to shun her and my observation was that she was being ‘Mean Girl’d’.”

Read the rest of the interview at the source

Here's the film trailer to judge for yourselves. She's getting a lot of MRA's promoting and donating to the Kickstarter so I question how fair and balanced this will end up being.

-Ariana had a special Halloween mini concert and Q&A for KIIS FM radio station winers
-Besides Focus, she performed Bang Bang, Problem, Tattoed Heart, Love Me Harder, and Break Free
-In her interview, she confirmed Jamie Foxx is the one singing Afro Circus the F-fuc-focus chorus
-Focus will be performed at the AMAs
Source: YouTube

[Spoiler (click to open)]Fuck You Grimm if they who should be dead isn't actually dead.

anyone got a star wars-related costume this year?

Jesy Nelson has confirmed that the Little Mix girls will be her bridesmaids! https://t.co/yd1W3J3ij5 pic.twitter.com/mNWfB4gCol

In case you didn't know, Jesy Nelson got engaged to Rixton's Jake Roche last July in front of all their loved ones with the help of Ed Sheeran.

Now, she has exclusively told a banned source that her bandmates/best friends/sisters from other mistresses Jade Thirlwall, Perrie Edwards and Leigh-Anne Pinnock will be her bridesmaids.

She also revealed that she wants an intimate ceremony, contrary to what Jake's mother Coleen Nolan said in the past, and that they still haven't planned anything because they have a lot of work at the moment, so there's not a set date, yet.

ONTD, are you engaged? Which are your wedding plans?
Collapse