Source
Congratulations to the Kansas City Royals! They will make their second trip in a row to the World Series. How will the Royals' small-ball scoring team with a massively badass bullpen match up the Mets' hot young pitching and Daniel Murphy, who is taking a brief break from career mediocrity to be really good at the right time? We'll find out.

Toronto fans, don't despair. You guys had a great season and have a lot to be proud of. Getting to the final four in baseball is a huge accomplishment. And loads of amazing postseason memories, as the Jays series were easily the wildest and most unpredictable. Signed, a sad-but-dealing-with-it Cub fan

Some MLB news tidbits on the recently eliminated:
-Don Mattlingly and the Los Angeles Dodgers have parted ways. Most people saw this coming. When the owners spring for the biggest payroll by a lot, they expect results. Results that go beyond 3 division titles. Multiple clubs are said to have an interest in Mattingly, most loudly the Miami Marlins, but the Washington Nationals have expressed interest as well.
-Cubs President of Baseball Operations Theo Epstein said in a press conference that the priority for the Cubs re: offseason acquisitions is quality starting pitching, and he implied they'd do so in the free agent market. Names floated around the sports blogosphere for potential Cub starters include David Price, Jordan Zimmerman, Zack Greinke (plz come be a Cub), and Jeff Samardzija (NO) floated as possible names. Also a priority will be locking down a center fielder, since Dexter Fowler is going to be a free agent and I don't think the Cubs are THAT interested in a long term contract for him. Rumored names the Cubs are interested in for CF include free agent Jason Heyward.

There were just way too many pictures, so I figured I'd do a ladies post now and then later  I will do one for the men!

53 of the most anticipated albums of the season: https://t.co/bnUFboQ7o8 🎶 pic.twitter.com/QhxTtqasMJ

ONTD, which albums are you excited about?

Horror Experts Have Created The Definitive List Of The 10 Scariest Movies Of All Time https://t.co/3AfBuUfXBy

-Cowrote a song with Jamie Scott called "The Night We Met" for Louis Walsh's band Hometown
-Not the first song Liam has sold to another artist, also co-wrote on Cheryl Cole's song I Won't Break.
-Song is only available in Ireland for streaming and preorder but you can listen here
-Liam faved this particular tweet so fans are going nuts because it says "solo project"

The two were being honoured with the Inspiration Award for their long-standing commitment to improving the lives of children and their work with the gay, lesbian, bisexual and transgender community.

Justin Timberlake Gets Candid About Parenting With Jessica Biel: 'We're Not Very Good at It Yet'

"While not yet confirmed, it appears XL/Columbia's Adele has broken first-day digital sales records with over 400k for single "Hello" sold across all platforms. Meanwhile, digital preorders for album 25 (due out 11/20) surpassed 100k. Streaming numbers also appear to be through the roof with some speculating she could hit well over the 2m mark in the first day. The current record-holder for streaming is labelmate One Direction’s “Drag Me Down” with 1.8m U.S."

Adele's power has no limit

-Bryan will executive-produce and write the pilot of this anthology series on NBC
-Similar to The Twilight Zone and Black Mirror, the series will show a different ~supernatural~ or spooky story every episode.
-Was an original series ran by Spielberg in the 80's, nominated for 12 emmys
-Is also still producing American Gods on Starz

Welp. I will be watching this. Maybe our favs from his other shows will make an appearance.. what say you, ONTD? How many seasons do you predict this will last?

- the article is a long, but very sad read. took five years of investigations.
- talks about the on going elder abuse mickey rooney suffered at the hands of his wife and son in the last years of his death
- mickey rooney suffered more abuse than what he was able to say
- notably was physically abused and financially exploited, as rooney died with $18,000 to his name.
- Rooney, without naming names, tearfully explained that he'd himself been a victim of the increasingly common crime, stripped "of the ability to make even the most basic decisions about my life," leading to an "unbearable" and "helpless" daily existence. In a process that began after Rooney confided in a Disney executive during filming of 2011's The Muppets, Rooney's attorneys filed court papers in their petition for a conservator (to protect him and recover his assets) that revealed the extent of the control — he wasn't even allowed to buy food or carry identification.
- a lot more at the source, but there's a photo of mickey rooney injured that's pretty upsetting.


Watch what happens when TV writers' rooms are all white: https://t.co/ZscCXN3Od0 pic.twitter.com/ICBYt7ahIR

- Mentions the “Shonda Effect" and more diversity in cast in different, but behind the scenes everything remains super white (except in Shonda's shows);

- A Writers’ Guild of America report (click to read) noted that staff employment for people of color actually decreased between the 2011–12 season and 2013–14 season, from a peak of 15.6 percent to 13.7 percent;

- There are diversity programs/fellowships to include PoC on the staff, but wether you got in through a program or not, there's always the challenge of being the only writer of color in the room;

In one writers’ room, Aniobi recalled, her fellow writers had a black character greeting other characters, “What up, D? What up, B?” “I spoke up, and I was like, ‘Uh, I don’t think this character would say that.’ And everyone turned and looked at me, and I was like, ‘Black people don’t talk like that.’ ” She recalled everyone in the room laughed, and asked, “Well, how do they talk?” “And I was like, ‘Oddly enough, just like me or you.’ ”

This video shows what happens when you have white people writing non-white characters.

This is what happens when writers' rooms aren't diverse. (Even the biggest TV shows aren't immune to these stereotypes. cc New Girl, Modern Family, The Walking Dead.) More: http://slate.me/1ZRQQVc

mods, this story is from Monday/Tuesday, I don't have anything more recent :/

THR has Pharell and Thicke's depositions.

you can watch the videos at the source.

For those not wanting to give views:
They put a bun in the oven and both Sam's mother and Nia's mother opened it, and told them that they're pregnant.
Sam gave Symphony a basket of baby things and Nia laid down next to the bed holding a stuffed duck on her stomach and they told the kids.
Nia also says at one part that commenters thought she was upset in their previous vlogs, but "she's just been sick" and now we know why.

The 90-minute special is titled "The Abominable Bride". It will stand apart from Season 4, which is scheduled to start production this spring, according to BBC.

It will air on the same day (January 1st) in the United States (PBS) and the United Kingdom (BBC One). This is a first for the show.

At least they've recognized Cpt. Jack Harkness existence. I hope this paves the way for his comeback.

-For the 3.5 people who care, if you pre-order the extended edition on itunes, you apparently get a ton of free material before hand.
-Officially comes out November 16th in the UK, and the 17th in the US/elsewhere.
-Tumblr has exploded

Here is a long (30 min) video from bilibili, sorry I don't know how to embed it.

So there is actually a million more pics/gifs, but hell. I also can't tell if the BTS is really LP focused or that is all that has been uploaded so far? There is actual film footage from the EE edition online if you are interested in that, also. Everyone is precious.

Finished out a week of shows in Brooklyn w/ a reimagining of the Spike Lee Joint "Do the Right Thing" in gentrified Brooklyn.

Do you live in a gentrified neighborhood, ONTD?
SOURCE

The four remaining designers are sent off to LA to make a red carpet look. The city of LA will serve as inspiration for the challenge, and the possibilities of traffic, excessive heat, and the yearning dreams of actors who haven't quite made it await.

Two days and a trip to Mood for this challenge.

What are your thoughts ONTD? If Heidi Klum would wear it, would you wear it?

Maureen O'Hara, best known for her roles in "Miracle on 34th Street" and films by John Ford, has died at age 95. pic.twitter.com/v1a97eWrEh

who is your fave HP "kid" cast member ONTD? 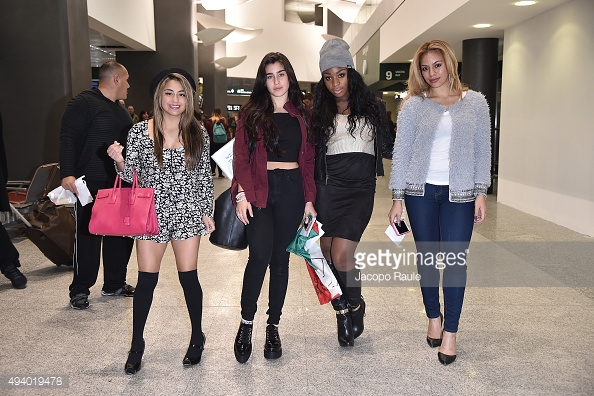 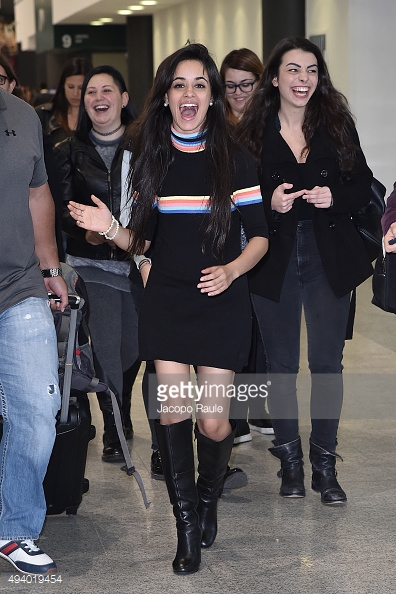 The girls arrived this morning in Milan! They will be performing their smash multi-platinum hit single "Worth It" live on the red carpet!