I like these, I'M SO HAPPY. I really wasn't feeling Some Kind of Heaven. Interesting new direction they're going in, though.

In Glamour’s first installment of “Hot Guys Doing Mundane Things,” Armie Hammer and Henry Cavill—stars of The Man From U.N.C.L.E.— read you the most riveting of texts: the phonebook. Enjoy.

Who has the sexiest voice to you, ONTD? I love the voice of the guy in my icon tbh
Source 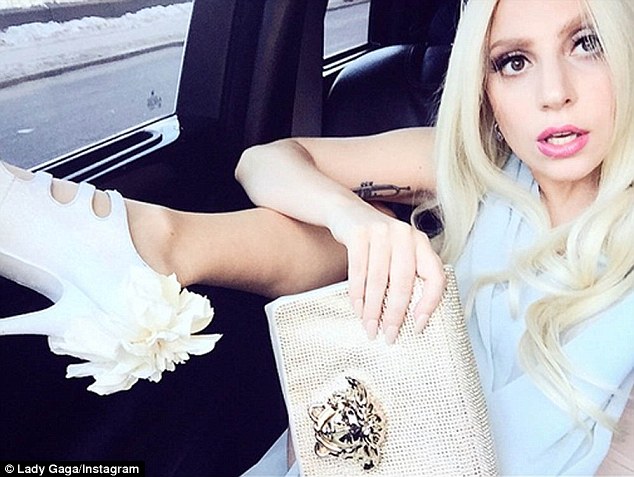 Gaga began filming her part on the new season of American Horror Story this week, if the cast and crew's tweets are anything to go by, she's killing it!

According to the show's creator Ryan Murpy, she had a "pretty spectacular" murder scene to film with Matt Bomer and, after wrapping the scene, Murphy tweeted: "Lady Gaga is everything I dreamed of and more. Lovely, a total pro, and terrifyingly genius in her role."

Kathy Bathes, who is playing Iris, the Hotel's manager, added: "Let's just say she rocked it. The Countess scared the crap out of Iris."

Earlier this week, during a sit-down with LA Times, Sarah Paulson shared her thoughts. She added, "I think she is really an enormous gift to the show. I think she fits so right in. It's exactly where she belongs. This story that's being told is a perfect marriage."

.@charlieputh’s racks up a second UK #Number1 with Marvin Gaye: “I feel beyond blessed” http://t.co/bTBeBFq71K pic.twitter.com/blkUlWWyyS

Taylor is singing Worth It with Fifth Harmony! #1989TourSantaClara

Here are both of Naughty Boys deleted tweets about Zayn pic.twitter.com/8UWRbWMLWy


Shahid then went on to quote one direction's number 1 selling single, drag me down. which you can purchase [here]https://itunes.apple.com/us/album/drag-me-down-single/id1024077714

fire for a heart 👌

lol he can't be fr. i still feel like this whole feud is fake or st bcos this is too good to be true. 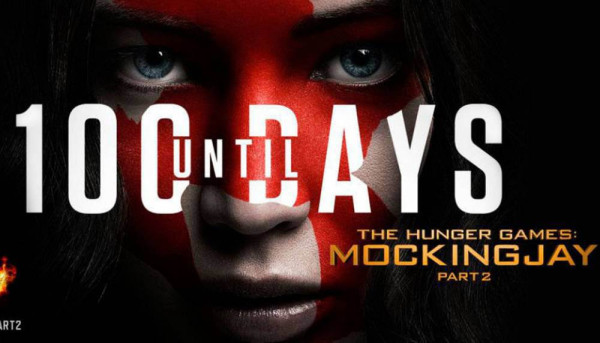 The official twitter page for The Hunger Games tweeted this new poster for THG: Mockingjay part 2 and quickly deleted it after readers pointed out the offensive word.

‣ Dilpo admits he's not a musician, but that in this day and age it doesn't matter.

‣ Skrillex and Diplo were outsiders in the dance music world and friends.

‣ Skrillex states that their music is forward thinking and they have no rules.

Full interview embedded or @ the SOURCE.

I thought it was a pretty insightful interview on the rise of Jack Ü and the current state of EDM. Bonus Jack Ü Performance below:

I just dropped a free album. For my #Kweliclub members. #fuckthemoney now available at http://t.co/eR76j99Wmy

Stephen Colbert recently published an essay for Glamour's September issue titled "Stephen Colbert Shares Why He Thinks Women Should Be in Charge of Everything." Admits it's "not my place to mansplain to you about the manstitutionalized manvantages built into Americman manciety," and makes a promise to celebrate women on his late-night show at the end of the piece.

- Begins by acknowledging the lack of women in late-night television and calls the current circuit a 'sausagefest': "It has been pointed out to me that I, like other late-night TV hosts, am a man. And while I'm happy to have a job, I am surprised that the world of late-night TV lacks a female presence, unlike sitcoms, which are packed with smoking-hot wives who teach their doughy husband a valuable lesson when he slips on a pizza and falls head first into a porta-potty full of beer. Check your local listings."

- Closes it with this: "Point is, I'm here for you, and that means I'm going to do my best to create a Late Show that not only appeals to women but also celebrates their voices. These days TV would have you believe that being a woman means sensually eating yogurt, looking for ways to feel confident on heavy days, and hunting for houses. But I'm going to make a show that truly respects women, because I know that there's more than one way to be one...Whoever you are, I promise: I'm going to lean in on this. It really accentuates my muffin top."

Read the essay in its entirety at the source.

Tune into our live blog of the Disney, Marvel & Lucasfilm #D23Expo presentation at 10:30am PT http://t.co/Qf5ZuGTdCZ pic.twitter.com/VIud0ZqNhv


-Marvel: Captain America: Civil War will be the big focus from this studio with people speculating a debut trailer or snippets of the film. And we might see some more Dr. Strange info including concept art of ONTD's favorite lizard spawn Benedict Cumberbatch. There is also a low chance that Black Panther's director will be revealed too...

-Star Wars: More details of the upcoming film Star Wars VII will be announced revealing more character info, and maybe a clip as well. Extra info about the spinoff movies could be announced especially for Rogue One

-Everything Else: The Jungle Book and ONTD's highly anticipated film Alice Through the Looking Glass will take center stage, most likely some casting news will be announce including which fairytale movie they'll ruin next. Maybe expect some Beauty and the Beast as well.

SOURCE + Text written by me
The event will start at 1:30 PM EST! if there are any other websites liveblogging let me know and I'll add it to the main post.

The phrase "Bye, Felicia" was first heard in Ice Cube's 1995 cult-classic film Friday, and it eventually went on to become a popular Internet meme. Straight Outta Compton, N.W.A.'s biopic, provides a fictionalized version of the moment that phrase was first uttered.

The author of the article stated that the audience at her screening thought it was hilarious and the scene was "met with major laughs." She called director F. Gary Gray to ask how the scene came to be.

Apparently it was Ice Cube's son, O'Shea Jackson Jr's, idea and the scene was shot spontaneously one night. Gray's response: "That just happened to be a fun moment that we capitalized on during the process of shooting. Some people may feel like it’s the origin of 'Bye, Felicia,' but it’s a fun moment, a wink and a nod to the original Friday and a little bit of fun. It's one of the funniest moments in the movie."

Read the whole article at the source.

Will you watch ONTD?

Source
Do you ever feel the need to take a pic as you pee?

- An officer who spoke to a banned source said the movie displays them as "beating machines" who brutalize inner city residents (lol i mean...)

lolololololol me licking up these 'blue lives matter' tears rn

"I don't think that any woman in this industry hasn't [experienced sexism]. I think we all have in various ways, and sometimes you can't even tell that it's happening because it's so ingrained in the way things are structured."

Maslany says she "can't even name the number of times" she's personally experienced sexism while working.

"Like being told, 'Let's not talk about that, sweetheart,' if I have an issue with being hit on by a 50-year-old when I was 17 and on set. It's never ending. Being put into this little outfit that showed my midriff in a scene where I'm supposed to be grieving the death of a family member, and it's like, 'Make sure that her belly button is showing' — it's just pathetic. It's so pathetic."


-Star Wars Lands coming to Walt Disney World at Hollywood Studios and Disneyland. Biggest expansion to date for Disneyland. Will include the Mos Eisley Cantina, Millennium Falcon ride, and a battle between the First Order and the resistance.

( Collapse )
Which are you most excited for ONTD??
source

"Sometimes I do go a little bit far," Trump said, adding, after a moment: "Heidi Klum. Sadly, she’s no longer a 10." http://t.co/gwCKbnnQqE

-He says women at his companies are paid at least as much as men are.

-Donald Trump thinks that people should be nice to him.

-He rates Heidi Klum, saying that she's not a 10 anymore.

( Collapse )
SOURCE
iKnow has been stuck in my head all day. Fave track ONTD?

Stan Lee and his family are being sued by his former assistant, Shawn Lukaszewicz, for verbal abuse and a wrongful firing.

Though most of the alleged abuse is from Lee's daughter, who ultimately fired him and abandoned him in San Franciso when he complained about having to drive around and air out her car after she had been smoking marijuna even though he wasn't getting paid, there are also some highlights from Stan himself.

When he delivered mail and documents to Stan Lee at his daughter's request, Lee answered the intercom by cursing him and telling him to "get the fuck out and never ring my damn doorbell again," Lukaszewicz says.
---
While Lukaszewicz drove Stan Lee to an April meeting with boxing champion Manny Pacquiao, "Stan Lee became very abusive towards plaintiff for driving too slow as Mr. Pacquiao was about to depart to Las Vegas for his May 1, 2015 fight with Floyd Meriwether [sic: recte Mayweather]," the complaint states.

When Pacquiao failed to show at the meeting, Lee called Lukaszewicz a "fucking idiot," and added: "You wasted my time. Now everyone at the office thinks you are a fucking asshole," according to the complaint.

Rosie Perez quits "The View" after reportedly being forced to apologize to Kelly Osbourne after her racist comment. Rosie called out Kelly right away after her comment. And it was reported that "ABC execs cornered Rosie during the break and demanded she apologize to Kelly in the last segment of the live broadcast." Producers also demanded that she tweet out an apology to Kelly. Rosie left her dressing room and left the show, opting out of appearing on the final episodes of the show this season. All this week, the shows have been pre-taped with Perez notably absent.
( Collapse )
Read more @ the source.
video source

I'm surprised this isn't being talked about as much. It seems like they are trying to fade out Kelly's comment.

The Smithsonian’s National Postal Museum will open “PostSecret: The Power of a Postcard” in August. . Also revealing the one of a kind relationship between mail, digital technology and social media. It will be open through September 2016.

Over 500 artfully decorated postcards mailed anonymously from around the world reveal regret,betrayal, desire, confession, childhood humiliation and other compelling confessions..

“Our hope is that visitors will be inspired to think about other people’s secrets—and their own—as invitations for empathy, understanding and connection,” said Sharon Klotz, exhibition director at the museum.
( Collapse )
Source

I only really want this if Keira comes back too.
Collapse