Surprised this hasn't been posted yet as it's been live for almost a whole day. Just finished it and man---it's an emotional gutpunch of a show. Season 1 was probably in my top 2 or 3 shows last year and Season 2 looks to be equally good, though I prob need to watch a few more times to catch everything.

This is a really special show and it addresses the process of how it feels to live with depression in the most realistic way I have ever seen.

Charlie Hunnam was seen hanging with friends at a hookah bar in London the other night - pics: http://t.co/Uk7Hd94g0q pic.twitter.com/t8sq95sqwr

See the pics at the source: justjared.com

The Vision had a couple of versions in the works before he officially hit the big screen.

( Collapse )
Twitter had to turn Hadid's design into a meme of course.

special shoutout to ontd's architecture students/architects (if there are any)

Are you gonna be watching it ONTD?

Win $1500. Hangout with Taio Cruz. Pay off your student loans.

so funny! one of my favorite ghost town performances so far too

"Because a woman with a child always drives me wild...."

We collaborated with The Gregory Brothers on this Hit Record On TV music video for our episode ‘RE: Your Mom.’ It airs this Fri. at 10pm on Pivot.

- Shoshana Roberts, the woman who walked for 10 miles in NYC as several men harassed her, has filed a $500,000 lawsuit against the director, Rob Bliss, and the anti-street-harassment group that released the video, Hollaback!

- Roberts is claiming they used her performance and her likeness for "advertising or trade without her prior written consent."

- Roberts never made eye contact or talked with any of the men she passed, but after the video was uploaded to YouTube, she reportedly received online threats

At a certain point in her life sometime recently, Rihanna simply said "Fuck it, I'm rich anyway".....And that was that.

I'm not supposed to be making posts about Rihanna right now cause I'm mad at ha(for disappearing off of social media and not communicating with fans. She doesn't even drag people anymore). But when your fav walks to a recording studio in luxurious silk pajamas with a glass in her hand, you kind of have to talk about it. What kind of slay? There's also a snapchat video out there of Rih giving her dog Pepe(you know, the one she stole at the club) a bath in those pajamas this morning.

While there has been no offical statement from TOEI yet, the final frame of Sailor Moon Crystal act 26 shows the following picture. 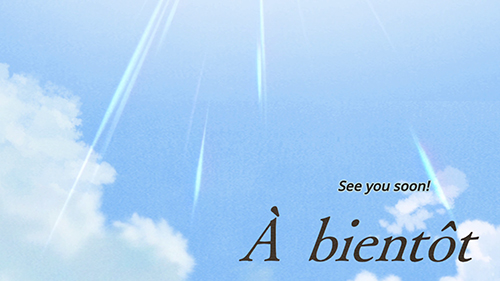 Anime shows have done this before without actually continuing the show, so it isn't a definite renewal confirmation. Other facts that point to it being renewed is where they left things in the final act. They did spend some time animating Sailor Chibi Moon's transformation and speech, as well as giving Sailor Moon her Cosmic power. So nothings for sure yet, but at least it looks very likely that the show will continue.

How did you like act 26, ONTD? I liked it a lot, even though the character design looked more like the 90's anime's than Crystal's a lot of the time. Do you think that SMC will be renewed? Discussion post! 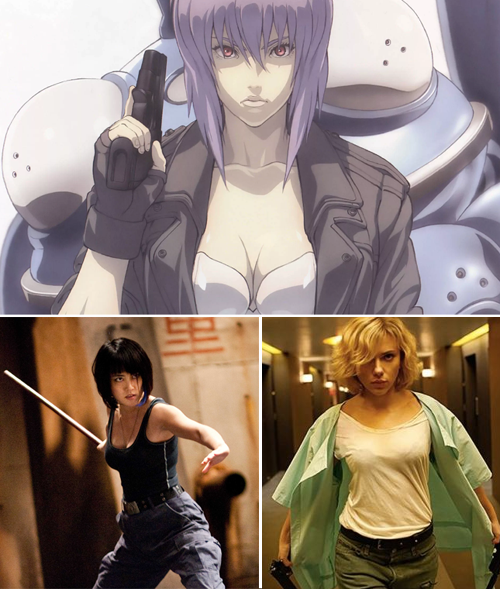 - Ever since the casting news broke, the project has been met with a lot of fan disapproval

- Petitioners are calling it whitewashing. Also saying that the remake would help talented Asian-American actors be recognized for their work

- Many fans would rather see Rinko Kikuchi as the lead

- Despite the growing number of fans that demand to recast Johansson in the upcoming live-action film, DreamWorks is still determined to move forward with the casting decision and has yet to comment on the petition

- GitS will reportedly start filming in the first quarter of 2016

Lila, whose son was murdered, joins a support group where she meets Eve, whose daughter died. Lila has difficulty getting satisfaction from the police, so Eve tells her she should find the killers herself.

when was the last time you supported a film by women of color, ontd?

[SPOILERS AHEAD]-The first scene involves Hank giving Hope a new prototype of the Wasp suit implying that due to Evangeline Lily's multiple movie contract deal will definitely return as the Wasp also hinting towards the return of Janet as well near the end of the film.
-Hank's feelings about the Starks will have an impact on Scott's choices during Civil War.
-The second scene takes place during a moment that takes place during the middle of Captain America: Civil War where Sam and Steve find Bucky with his arm trapped in some type of machine. At this point it is unknown whether or not this is there first encounter with Bucky since The Winter Soldier. Sam says that this would have been a lot easier a week ago and that Tony can't help do the "Accords" but then proceeds to say that he knows a guy who can help, implying Ant-Man.


SOURCE
What did you think about the post credit scenes, ontd? (I added a summary mods)

Plastic surgeon to the stars Dr. Paul Nassif (one of the two featured surgeons on the hit reality show Botched) recently revealed the top five most requested celebrity features:

- South Korea is where the most work gets done, followed by Greece, #3 Italy, #4 United States, and #5 Colombia

Last night Lime and Nile from that "band" did a lame cover of RackVanCity/Started from the Bottom:

What do you think, ONTD? Did he or did he not? Either way, how embarrassing lmao....

Source
Thoughts on this season so far?

This year we have seen the tragic nosedive of Leah Messer Kidd Simms Calvert's life with cheating, drugs, and a whole lot of accusations of being an unfit mother. She completed a 30 day stay in rehab and is currently dating TR Dues (she also allegedly cheated on him in rehab). Jeremy and Leah are offically divorced. Leah, TR, Corey, Miranda, Jeremey, and Brooke are all in NYC filming the reunion. So what happens when all of these people come together?

Parents who chose Atticus as a name for their child are crestfallen by new book http://t.co/Gs0sc0cMUi pic.twitter.com/g1uoEYGduu

ONTD, I remember a bunch of you saying you wanted to name your baby Atticus. You still gonna do that?

Simon Cowell on the sad death of his mum and how 1D WILL take a break in a Sun on Sunday world exclusive online now: http://t.co/LFNCc6emwB

About Tomlinspawn
-Says Louis called him when he found out and he told him to man up and not worry because he's rich enough to take care of the child
-Not the worst news he's ever received, thinks people are overreacting because people have children daily

About 1D Going on Break
-“In terms of the band, they’ve got enough hits now they can take some time off and do some other stuff they want to do. Then I hope they’ll have a little bit of time apart and want to get back together again. It’s a fun job, but it’s absolutely their decision.”

About dropping Zayn
-He didn't see the need to keep Zayn since Zayn made the decision to leave on his own
-Has already sent Zayn to an unnamed label that he thinks will be a "perfect fit" for him
-Didn't want a situation where 1D/Zayn felt he was working more in the interests of the other.

Lucy will be introduced in episode 3 and be a recurring character on the show. She will also be involved with Jimmy Olsen somehow. No word yet on who exactly will portray her.

Joy Bryant (Parenthood) has been cast opposite Anna Camp and Genevieve Angelson in the Amazon pilot "Good Girls Revolt".
The projet is set in 1969, at the beginning of the women's rights movement, when a group of young women at the hottest magazine in the world, ask to be treated fairly, setting off a convulsing chain of events.

So when you're feeling sleepy do you open your mouth and yawn, maybe cover your mouth with your hand if you're in public? PEASANTS! You've probably taken years off your life yawning incorrectly. According to yogi Michael Lear, yawning is important for relaxing jaw and neck muscles after a long day of conversation and eating organic kale. Thankfully Goop's own Gwyneth Paltrow is here to teach us plebians the correct way to yawn.

I won't post the full instructions here, they're long and detailed, but here are a few highlights.

Source one and two

Do you yawn correctly ONTD? Did reading about yawning make you yawn?

Brody Jenner gets candid on sex with Kylie, Kendall, and his own sex tape -- BARF http://t.co/YjHc0FXYSZ


“Do you seriously think they don’t know what’s up [when it comes to sex]? They could teach me things! I mean, look at their older sisters [Kourtney, Khloe, and Kim Kardashian]. Are you kidding me? ... I’d be supportive [though] if [making a sex tape is] what they wanted to do. I'd congratulate them — especially if they did what I did and put an entire project together from beginning to end."

According to the source, the "project" he's talking about is his own sex tape but bad news for you ONTD, since I know ya'll thirsty for him, because apparently he was 17 when he made it. Oop.


Do you have a sextape? Would you encourage your siblings to make one? 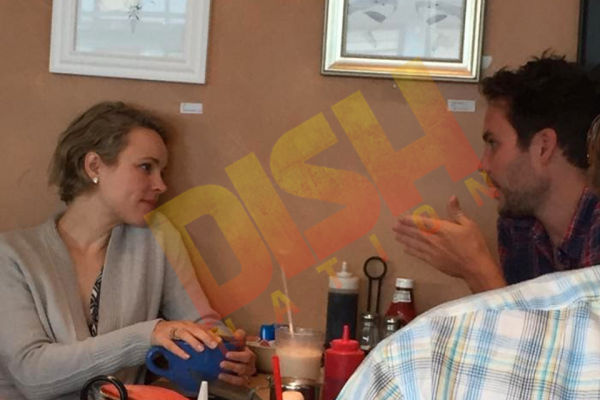 Dish Nation obtained exclusive pictures of Rachel McAdams and Taylor Kitsch, both sporting some serious bed head, sharing a brunch date on July 18th in Marina Del Ray where Taylor has a condo.

An eyewitness said: “They were definitely canoodling,” an eyewitness who wishes only to be publicly identified as ‘phongdiddy’ told Dish.

“They were laughing, touching, staring into each other’s eyes as the pics show and smiling…but not holding hands.”

Rachel was asked about her relationship with Taylor earlier this week but failed to confirm or deny their relationship. 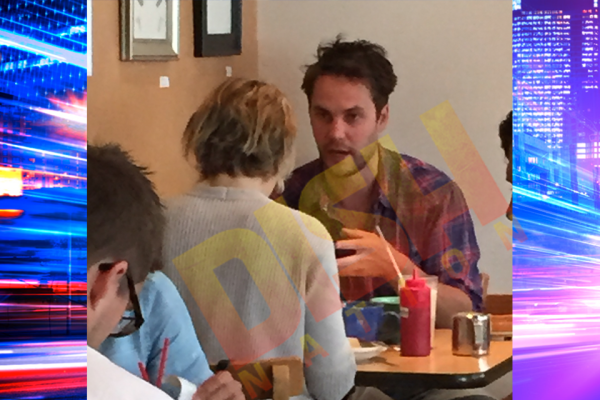 - The song samples N.W.A.'s "Straight Outta Compton," Wu-Tang Clan's "Killa Bees," Beastie Boys' "Paul Revere" and Onyx's "Slam.
- Namedrop MCs that inspired them, from Queen Latifah and Ice-T to Run-D.M.C. and Master P
- No official news about a new album but in January, will.i.am tweeted CL: "We need to collaborate with you on the new Black Eyed Peas release"

are you ready for a new BEP album, ontd?

+ It was rumored that Evangeline Lilly’s character, Hope van Dyne, could become some iteration of the Wasp.
+ [Spoiler (click to open)]That was sort of confirmed in Ant-Man's first post credits scene.
+ Director Peyton Reed believes Hope’s story is ripe with spin-off potential and Evangeline Lilly said “Anything Marvel wants me to do, I’ll do. They’re so fantastic to work for and they’re such incredibly smart filmmakers. I would love to be a part of any sequel, or anything. I’m there.”

source
ontd, would you watch a wasp spin-off?

Scott Disick claims those scantily clad women were at his bachelor pad for a 'music video'
http://t.co/nnhkahTzzB pic.twitter.com/v38lWvW9cZ

what kind of music do you think it was?

-it was at a party at D’Angelico Guitars last week
-“They were together the whole night, sitting on a couch, basically on top of each other,” said a spy. “They were being very affectionate, and kissed more than once. Just smooching, not a hard-core make-out sesh.”
-Gigi's rep says, “[Gigi] and her ex are friendly and talked briefly. Cody was accompanied by another blond female.”
-Hadid was with Joe Jonas the next night. “They were being super cute and cuddly the whole night, kept kissing and hugging openly,” said a spy.

Do you hang out with your ex platonically right after a break-up, ontd?

Actor Wil Wheaton on his mental illness and dealing with depression: http://t.co/dpTY2yQ40Z via @BadAstronomer

In honor of today's post on European movies, I decided to make a list of Brazilian movies worth watching.

mods, the name of the movies are clickable, those are the sources. hope that's fine.
Collapse