Liam Payne on waiting to propose (agh): 'I don't want to be the thunder guy' http://t.co/5nzWtNazRV pic.twitter.com/CFHGd3CKir

tonight tswift played at the hyde park and instead of calling any of the million musicians there to duet with her she just called all her friends and serena williams (??????) to come out on stage during style because why not i guess [2]
but none of that matters. what really matters is that kaylor reuinted for the first time since forever probably the time when we still liked taylor swift

source 2
3 of harry styles' "exes" on stage together! #haylorisreal

Shania Twain Talks Losing Her Husband to Her Best Friend: "I Don't Invite That Trigger Into My Life" http://t.co/33M3uW3OtD

-She split from her husband in '08 and he went on to marry her (ex) best friend who was the cause of the split
-She was devastated at the time and felt like she'd never be able to sing again
-Says her relationship with her ex hubby is cordial since they have a son together
-Says she never sees her ex best friend ever, doesn't want to bring that trigger in her life.
-EDIT:Shania also went on to marry her ex bff's ex husband.Well damn were they swinging and then fell in love with the wrong partner?

ONTD what would you do if your SO left you for your best friend?would you ever forgive either one or both of them? I'd set them on fire tbh

Katy Perry got booed by Swifties when she came on screen at the British Summer Time Show. Followed by cheers for the selfless brave down-to-earth and relatable Taylor Swift.

I wonder if any of this has to do with Memphitz admitting he did assault K and this week being wanted for armed robbery of a car wash attendant. ONTD, will you be watching the BET Awards tonight?

- Things got kinky during the Chile vs. Uruguay match in South America’s Copa America tournament.
- In an attempt to provoke opposing team member Edinson Cavani (or perhaps get it on with him, depending on your perspective), Chilean defender Gonzalo Jara whispered something into the Uruguay striker’s ear while simultaneously fingering him.
- Cavani reacted by tapping Jara on the face. Jara fell to the ground and Cavani was given his second yellow card for the slap, which resulted in Cavani’s removal from the game.
- Jara was banned from the rest of the tournament after officials found out about his middle finger offense.
- Although the referee didn’t see the forced backdoor entry, it was caught on camera complete with Spanish commentary.


-R8 era gets messier. Diplo says he offered Major Lazer's now global hit to Rihanna first for her album but she rejected it and the song ended up on Major Lazer's album with MØ's doing vocals.

Dinah Tomlinson Dolezal of 5H has been sporting cornrows this week, which has sent her fans and haters into a major debate on whether or not it is cultural appropriation. But according to the non-black, Polynesian singer, it's okay because apparently she thinks "she probably has so much black in her anyways"! Is that why she also thinks she's allowed to use the n-word repeatedly? Let's see the receipts, shall we?

Wow! What do you think, ONTD? Does Dinah deserve a pass bc she's Poly or because she's just a "child" who doesn't know better~? OR is all this blown out of proportion and anyone can wear this hairstyle?


[Spoiler (click to open)]-Mid-Credit Scene: Hank Pym gives Hope the Wasp costume and explains to her what happened to her mother, Janet van Dyne (they make it unclear whether she is dead or alive in the movie).
-End Credit Scene: Captain America and Falcon have found the Winter Soldier and tied him up in an unknown location. Falcon then asks Cap if he should call Stark and Cap relies no. Falcon responds by saying he knows who to call, implying Ant-Man since Falcon is in a few key scenes with him throughout the movie.

SOURCE
What do you think? yes, no, maybe so?

Pictured above: that guy from the SWAT show that sometimes comes on that channel with all the Criminal Minds re-runs, a scruffy perpetually unemployed second generation Scientologist, Anna from Frozen, and the perfection that is Wallace Fennel. I'm so mean to Jason Dohring despite being so unapologetically thirsty for him - ONTD psychology experts please explain.

“But what do you say to a lesbian or a gay man?”

PSA: If you are looking for a toy dog in LA that you left in a club last night, you might need to check Rihanna's snapchat......

Early this morning, Rihanna left the 1OAK club in LA with.........a dog. According to a drunken Rihanna via snapchat, she found the dog in a bathroom inside of the club and said the dog went up to her; so she named it Pepe and took it home. Oh and quick update on that phantom album of hers; one of the R8 producers revealed that she worked with J Cole for a "mid-tempo" song on R8.

ONTD, is your fav a fiery hot ASS mess?

Kanye West at Glastonbury 2015 review – out on his own http://t.co/IttkQXa52u

* Doesn't address crowd
* Hit after hit track, but never in full
* Fucks up one of my favourite songs ever: Lost in the World
* "It’s bizarrely disjointed: high points punctuated by longueurs, big crowd-pleasing hits cut short, not least Gold Digger, and a weird cover version of the opening minutes of Queen’s Bohemian Rhapsody."

So many questions about this set: Why didn't he rehearse? What was the point of the crane? Was he really gonna end it before someone told him there were 7 minutes left? Why was there zero crowd interaction? How do you forget so many of your own lyrics? LOL if this was anybody's introduction to Kanye.

Funny or Die videos won't embed on ONTD, so watch it at the SOURCE GIFs: SOURCE
Favorite Coheed & Cambria song/album, ONTD? My favorite is Everything Evil off of The Second Stage Turbine Blade!

What would be your demands/must haves on tour ONTD?
source

- Ashley Greene, 28, of Twilight fame, is covering the July/August issue of Health Magazine, and talks about Hollywood’s unrealistic expectations when it comes to women’s bodies

- She says: "There's always going to be pressure. Anyone who doesn't feel pressure is a really good liar. You're always going to be too skinny or too fat or too muscular, and I've gotten every single one of those. Everyone has a different perception of what they think perfect is, and you're never gonna be able to please everyone. It's so tough, but once you come to terms with that, it's a little easier to deal with. At this point, I care more about what people are saying about my acting ability than what I look like." (Sis, pls...) 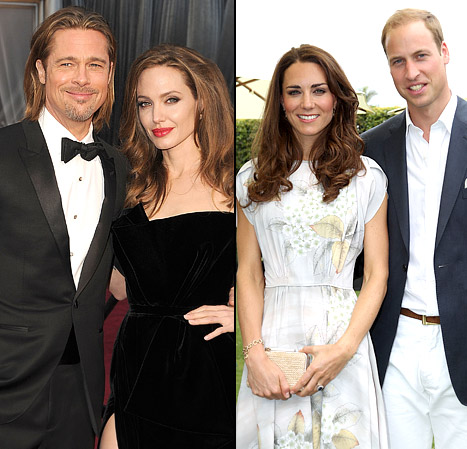 - Kensington Palace spokesman: "The Duke and Duchess of Cambridge met with Brad Pitt and Angelina Jolie Pitt at Kensington Palace on Friday afternoon (June 26). They discussed their shared interest in combating the illegal wildlife trade."

- Middleton and Prince William were "really excited" about the afternoon tea, and actually waited outside their apartment home to greet Brad & Angie 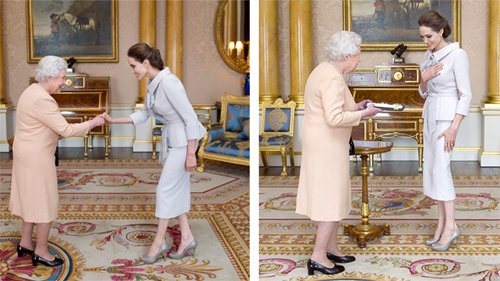 
Visit the source for more on their impromptu meeting

So my friend with a bike emailed this to me. These are Amy Schumer's thoughts on criticism of her racist jokes...

SEE MORE ARRIVALS IN THE COMMENTS!

It's been rumored that the Wayans brothers and Sony are teaming up to do the film with Keenan returning to direct the sequel while Shawn and Marlon write and produce the film.

ONTD, are you excited for this sequel or do you think White Chicks should be left alone?


-Says Oliver's Happy abandonment day post on Father's day was the last straw. Never wants to see either of them again, wants them to stop using the Hudson name
-Accuses Goldie Hawn of alienating him from them when they were younger
-Claims she started doing so when Kurt Russell came into the picture
-Claims Goldie cheated and wanted an open marriage.
-Claims when he confronted her about keeping the kids away and trashing him about being an absentee father she'd say it makes for a better narrative.

Quote from him: "I say to them now, 'I set you free,'" he said. "I had five birth children but I now consider myself a father of three. I no longer recognize Oliver and Kate as my own. I would ask them to stop using the Hudson name. They are no longer a part of my life. Oliver’s Instagram post was a malicious, vicious, premeditated attack. He is dead to me now. As is Kate. I am mourning their loss even though they are still walking this earth."

after multiple attempts of embedding i'm giving up.

ONTD, what did you watch this week?

"I'm not a lone voice, I am many. And our voices are our most powerful weapons."

Directed by Davis Guggenheim (An Inconvenient Truth, Waiting for "Superman")
'He Named Me Malala' will be released in select theaters on October 2nd.

Apparently Dinah Tomlinson Dolezal believes that sexuality and race are interchangeable? This is how she responded when the topic of my posts were brought to her attention:

@5Hharmonycolony really? Why cause I attended a BET event? Or cs my hair is braided? lol 😂 ppl get a life yo!

People be ignorant sometimes .. if LOVE WINS well can I win too? It shouldn't matter what I am? Or how I wear my hair we are all human

When will people read and understand that this isn't simply about a "hairstyle". It's a combination of everything Dinah has done and every time she gets called out, she obnoxiously dismisses valid criticism and squanders her opportunity to grow!

Despite cancelling their upcoming North American tour following news that vocalist Chad Kroeger is to undergo throat surgery, Nickelback have premiered 2 new videos from their No Fixed Address album, "Get 'Em Up" and "Satellite."

Thank you so much to everyone for keeping me in their thoughts, prayers and wishing me a speedy recovery. It means so much to me. - CK

A full recovery is expected and Nickelback plan to return to the road for a fall European tour scheduled to start in Helsinki, Finland on September 30.

June Is A Lovely Time For A Wedding

Looking forward to Justice Scalia's dissenting opinion of this video.

When will Iggy accept that the song is trash, ONTD?


[Banned Source] praises Billie Piper's performance in last weeks episode of Penny Dreadful “Memento Mori”. Billie exibited such passion in Lily's confrontation with Calliban it left the audience just as shocked as he was.

So about that ending...