The real winner of Andi's season is Marcus! Congrats!

They watched James Bay's set at the Pyramid Stage this afternoon. Louis was photographed holding hands with a girl and Niall cosplayed an Irish farmer.
( Collapse )
Sources: 1 · 2 · 3

LMAO Niall, no, burn that hat.
yaaaaaaaaaaaaaaas the reactions to that picture of Louis paired up with Harry's tweet about marriage equality are glorious.

Exclusive: Amy Schumer on why she turned down hosting 'The Daily Show' http://t.co/COhFUZC1X2 pic.twitter.com/om3668O1Fb

- so did Amy Poehler
- and Chris Rock who only wanted to do it for one year
- Schumer turned it down because:

“And then I thought, ‘Well, I could give everyone I love a job and we could all be together for five years. But picturing being in a building and knowing what I was going to do for five years—I love not knowing. And I’ve never done anything safe or to make money for that reason. So, you know, I said, ‘I can’t start now.’”

Hemming, aka Candice Martello is a singer and songwriter from Philadelphia. She featured on VH1's 'The Linda Perry Project' last year and was signed to Perry's record label, Custard Records. She has toured with Rachael Yamagata, The Dove and The Wolf, Train, Holly Miranda, and it has just been announced that she will open for Chris Cornell on the North American leg of his acoustic 'Higher Truth' tour.

Hemming's self-titled debut album will be out on July 24th.

I was probably the only person who watched 'The Linda Perry Project' but I'm glad I did because I fell in love with this girl's voice. Her latest single is good but I think her other songs are better. 'Vitamins' and 'Paper Crane' are gorgeous.

Nothing is as simple as it seems when Dutch and John take on a warrant to retrieve a missing migrant worker on Leith. They quickly discover something far more dangerous lurking beyond the edge of the farm. Meanwhile, D’avin needs to pass a psych evaluation before he can become a Killjoy. But Pawter’s assessment brings into question D’avin’s mental fitness for the job.

Source 1 and 2
I liked D'avin a lot more in this episode than I did in the pilot. Dutch remains the Quad's best partner-boss. If you haven't watched 'Killjoys' yet you should check it out!

Tweeting with one hand. pic.twitter.com/1Yyp8Nl5eR

Jimmy gave an update following the news that he hurt one of his hands and needed a minor surgery.

"If you thought you knew the world of LEGO, you don't know brick. Step into the amazing
real-life world of the global phenomenon that will captivate fans of all ages."

Narrated by Jason Bateman.
The Brickumentary is set for a theatrical and VOD release on July 31st 2015.

‘Daredevil’ Season 2 Will Be Daredevil Vs. the Punisher http://t.co/hZMcEGwTQ6 pic.twitter.com/kelHKsOfLl

Source: @MovieWeb - @ColliderNews 1 * 2 - @kylebuchanan
Paris Hilton was 'pranked' by some awful show - they pretended the plane was crashing. It's legit fucked up, and not funny. Idgi??

-He is also trying to get a restraining order against her

Have you ever had unprotected sex?

Rihanna posted on instagram this morning that the video for 'Bitch Better Have My Money'(#1 song on urban radio) is FINALLY coming this Thursday. The video was shot for an entire week, and judging from the picture she posted(TV-MA), it looks like it might be a bit controversial. The video was also apparently directed by French directors, Fleur & Manu.....if true, this one might be a little crazy.

SMH! GO SOLO @ NORMANI! Oh, and today is Lauren's bday! But just like her solo verses, a post will be nonexistent, probably.

Yes. I hope I get the call to direct the motion picture about a black superhero I admire. Her name is @BreeNewsome. pic.twitter.com/BgMeaNsbYk

- ava duvernay responds to rumors about black panther by sidestepping it
- tweets out support for bree newsome, the woman who took down the flag in south carolina by climbing a pole
- bree newsome is currently awaiting bail and has had offers from celebritites to pay them

The Libertines performed a secret set on The Pyramid Stage at Glastonbury, filling the gap in the line-up left vacant when Florence + The Machine stepped up to the headline slot to replace the injured Dave Grohl’s Foo Fighters.

Jesse and Aryn are already parents to daughter Sadie, who was born in January 2014

Nicholas Jonas has opened up about his split from some girl Olivia Culpo, whom he dated for about 2 years. 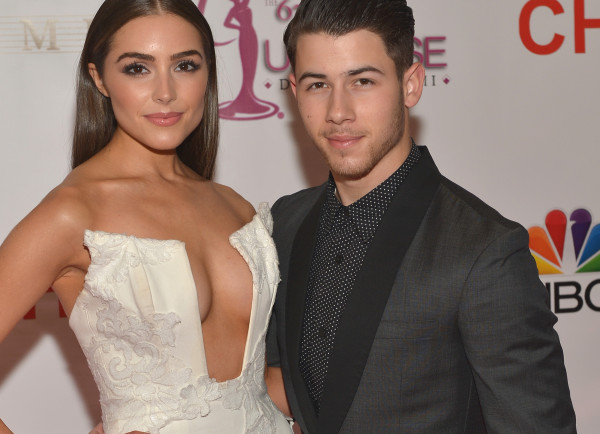 In a new interview with Mario Lopez he addressed the split saying "She's an amazing person. We had a great, a beautiful two years together. "It's been a crazy couple months and I wish the best for her in the future," Jonas also added . "It is tough, though."

While Olivia is having photoshoots with the paps in LA, Nick is focusing on his flawless music career and touring for the next while so make sure you're there, front row.

Who do you think Nicholas should date next?

[Spoiler (click to open)]
I think the Omec could still prove to be an interesting storyline and I'm glad we're done with Pottinger.

I'm hoping we'll get more world-building with Dark Matter. I was hoping we'd get to see the space dock but we didn't get there yet.

After being dropped by Univision, Donald Trump went on his tin-hat spree, in which he assures every one of his followers that not only does Mexico (yes, as a country and goverment) owns the network Univision, but also that the mean ol' mexicans got Univision to finish their connections with him and the Miss USA/Universe pageants.
( Collapse )
source: 1, 2.

Selena Gomez and Ed Sheeran were spotted together leaving a 7-11 in the same car, after some party they attended together for Tori Kelly. 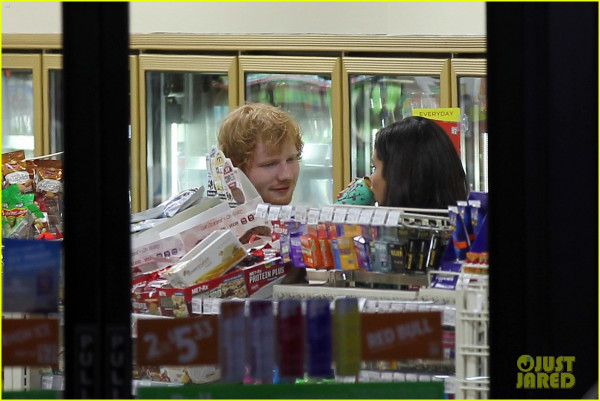 The two looked adorable and happy together as they shared some snacks and probably bonded over their mutual friend, popular activist Taylor Swift.

A fan has just went on stage and interrupted Kanye pic.twitter.com/UDjMcwjPUE

Following Kanye's performance of Stronger, 'comedian' Lee Nelson ran on stage before being removed by security.

Some people were saying Kanye shouldn't headline Glastonbury so I thought I'd give him a hand. pic.twitter.com/7KFk2kgjsM

-Kanye also brought Justin Vernon on stage to perform Lost in the World and talked about writing an email to Kim including some of the lyrics. He praised Justin and mentioned that they're working together again.

Seeing all those white people scream n* during his performance was a trip.

-she put her late-grandmother's voice on her song "This Town"

-she talks about jamming with Willie Nelson while smoking

More speculation but it's fun to guess.  Favorite rumor so far?
Mine is[Spoiler (click to open)]Domhnall Gleeson's character is a double agent for the Resistance

THE LORD HAS BLESSED US.

ontd, what's your fave scene from this #timeless and #iconic masterpiece?

a lot of words on how taylor swift is living the passive-aggressive writer's dream: "Taylor’s career is, in fact, the perfected realization of every writer’s narrowest dream: To get back at those who had wronged us, sharply and loudly, and then to be able to cry innocent that our intentions were anything other than poetic and pure. ... It’s diabolical, and for a lifelong passive-aggressive like me, it’s made her my hero."

Since Tobey Maguire is the Spider-Man we clearly need but don't deserve AND he's celebrating his birthday today, I decided to look back at some of his best roles. 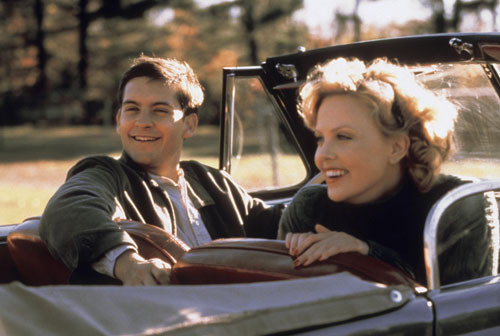 In this Academy Award™ winning film, Maguire plays Homer Wells, an orphan who is apprenticing his orphanage's director in his underground abortion practice. With stunning cinematography and a beautiful soundtrack, this film touches themes like the morality of abortion, drug use, illness, and family. Maguire delivers a heartbreaking performance.