Rihanna and Chris Brown Under Same Roof ... With a Twist (VIDEO) http://t.co/laUzQWCk5G

-Basically Rihanna, Chris Brown and her new rumored boo Karim Benzema all arrived and left (seperately) at a nightclub in West Hollywood within minutes of each other last Friday night.

-They were all under the same roof for about an hour.

From our July/August issue: The decline of the American actor—and what to do about it
http://t.co/WfLD02lATC pic.twitter.com/w9aKSlsmq3

- The article talks about the 'invasion' of international actors claiming our jobs of American actors
- Spike Lee claims that British actors have 'proper' training unlike Hollywood actors
- The phenomenon is spreading all the way to the American TV as well
- The author rescinds that British actors have claimed the American roles and consequently American characters
- The author consequently laments the lack of opportunities for young Hollywood talent, unable to rely on their acting (talent? experience?) when there are not many jobs going around.
- "The fact is, the women are fine. (Their problems will begin when they hit 50.)"-
- American thespians under 40 are pretty much absent except from James Franco (discuss)
- Two possible candidates suggested by the author for the future A-list are Jake Gylenhaal and Chadwick Boseman

source
idk just an opportunity to discuss your faves and make your pitch tbh. go wildddd

First single from up coming 11th studio album is coming!
Preview is here (sorry, can't embed). Full song will be available this Monday.

50 Cent said to Zayn that working with Simon Cowell lacked credibility in hip hop (the supposed new route Zayn wants for his music) and that they could make millions together by launching his solo career as a rapper. He has invited him to a business meeting in July to discuss a deal.
He admitted: “I want it to happen. I can make him a lot of money and he can make me a lot of money. The point I am making is he needs to be working with the right producers, artists, and people in the genre. Some of the pop star rappers are a little cringe, and he doesn’t want that."

Zayn as a rapper would be fucking hilarious

is this a publicity stunt to get people talking about next season? Will Brandi be on the same level as the morally corrupt Faye Resnick?
SOURCE

Enroll yourself in Drumduan Upper School today, ONTD! Located in Scotland, the institution was co-founded by Ian Sutherland McCook and Tilda Swinton. The headmaster is the Polish Krzysztof Zajaczkowski, a former roadie for The Sex Pistols who lives in a trailer in the woods. Tilda started the school because her twins were about to attend high school and she didn't think they should have to do tests and shit so she thought, hey, lemme use some of that Narnia money and open my own school. The school has zero grading, exams, and you don't have to sit at desks. The curriculum is based off 'practical learning'. For example, rather than studying about thermodynamics from a book, you can learn science by building a Canadian canoe or caramelizing onions! How any of this can be applied to getting into university is never really answered, but hey, you apparently go camping a lot and can eat soup from nettles you foraged. Work placements are secured by the school though, from tailors to working in an airport. Currently, there are only 17 students. Let me reiterate this is an actual school that was fully inspected - a similar school called The Acorn School in Gloucestershire has pretty much the same set up, and they claim they got all their pupils into university.

ONTD, do you know what the fuck a Canadian canoe is did you enjoy school?

Presenting our complete ranking of every #Pixar film: http://t.co/NTRkXERO6U pic.twitter.com/F9fuQsjIo1

List is a mess. Can you do better, ontd? Favourite Pixar movies?!

-Kylie Jenner was out shopping yesterday in Beverly Hills
-A man records a video of her, asking her "What that mouth do, Kendall?"
-She tells him, "Get the fuck out of my face"

-Electro powerhouse group Above & Beyond usually at their shows start looping a song and then have a fan or a special guest push the button to drop the beat, its a very special moment and build up
-Bryan Cranston shows up and says "Whats my name?" and the crowd yells "Walter White" (I think. The video sound is a bit muffled)
-Walter White then proceeds to push the button for the epic drop
~Summarized by me

What do y'all think? 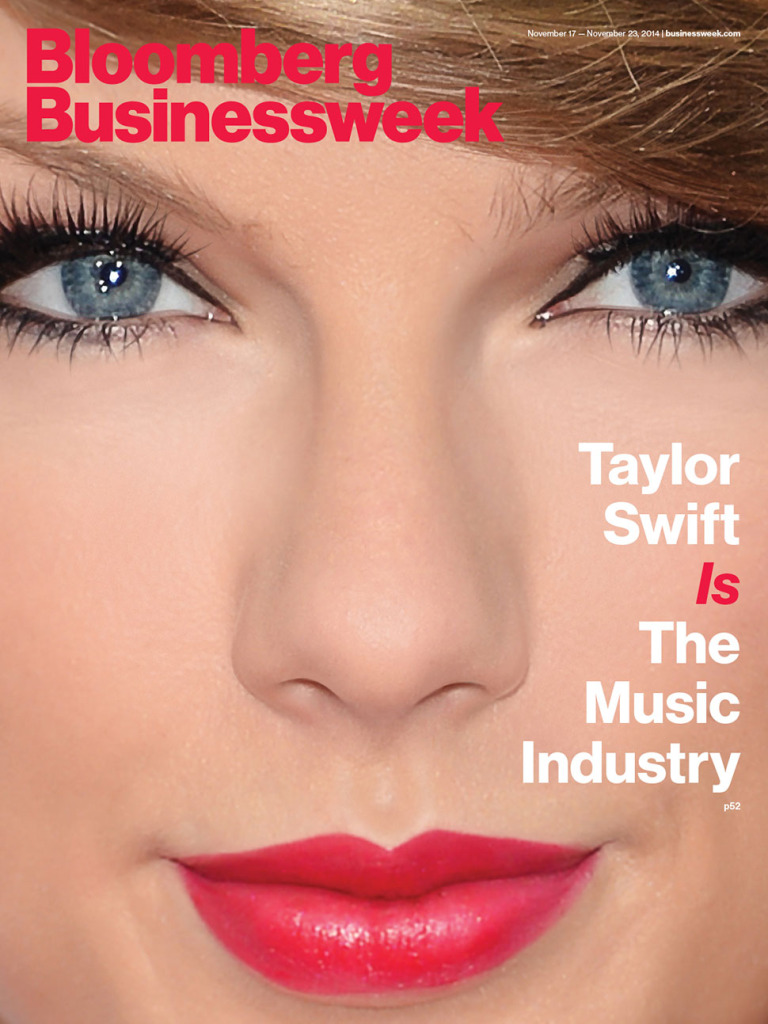 I write this to explain why I’ll be holding back my album, 1989, from the new streaming service, Apple Music. I feel this deserves an explanation because Apple has been and will continue to be one of my best partners in selling music and creating ways for me to connect with my fans. I respect the company and the truly ingenious minds that have created a legacy based on innovation and pushing the right boundaries.
I’m sure you are aware that Apple Music will be offering a free 3 month trial to anyone who signs up for the service. I’m not sure you know that Apple Music will not be paying writers, producers, or artists for those three months. I find it to be shocking, disappointing, and completely unlike this historically progressive and generous company.

This is not about me. Thankfully I am on my fifth album and can support myself, my band, crew, and entire management team by playing live shows. This is about the new artist or band that has just released their first single and will not be paid for its success. This is about the young songwriter who just got his or her first cut and thought that the royalties from that would get them out of debt. This is about the producer who works tirelessly to innovate and create, just like the innovators and creators at Apple are pioneering in their field…but will not get paid for a quarter of a year’s worth of plays on his or her songs.
( Collapse )

This is a historic return to Australia for the Queen of Pop, performing live for the first time in 23 years and these will be her first shows ever in New Zealand.

The tour will kick off at Vector Arena on March 5th and 6th in Auckland, followed by the Australian dates presented by Telstra Thanks and including concerts on March 12th & 13th in Melbourne, March 19th & 20th in Sydney and March 26th & 27th in Brisbane.

Tickets and VIP Packages go on sale Monday, July 6th at 10am.

- apparently the CW is developing a Hawkgirl TV series, starring Ciara Renee
- Hawkgirl will debut in Legends of Tomorrow
- unclear if the tv show focusing on Hawkgirl will take place before or after LoT
- still in the early stages of development
- if CW makes it happen, it will most likely bypass pilot stage and be ordered straight to series

Aaron Paul (Breaking Bad, Smashed, Big Love) has been cast as the lead male actor in the Hulu original series The Way.

The Way examines a family at the center of a controversial movement struggling with relationships, marriage and power. Each episode will delve into what it means to choose between the life we live and the life we want.

Triple Emmy award winner Paul will play Eddie Cleary, a convert with a wayward past. He is husband to Sarah Cleary (Michelle Monaghan) and a father who suffers a crisis of faith when all that he's come to accept as truth in his life is fundamentally challenged.

The Way was created by Jessica Goldberg (Parenthood), who will write and executive-produce the series, along with Jason Katims (Parenthood, Friday Night Lights), and Michelle Lee of True Jack Productions.

The series is slated to premiere this US winter.

Synopsis sounds a little bland but there's some quality people in the mix so maybe it will turn out great? Question time: what are your favourite Hulu shows ONTD? Personally, I think Quick Draw is brill!

The Crazy_In_Love.mp3 couple Demi Lovato and Wilmer Valderrama showed off their best model photo on Instagram this weekend. Demi posted a photo of her and Wilmer making faces at the camera, captioning the photo "Model behavior.... 💁🏻." Demi is getting a lot of practice hamming it up for the camera, since she has been filming scenes for "From Dusk Till Dawn." She was also recently announced as the voice of Smurfette in the next Smurfs movie, taking over the role that Katy Perry had made iconic.

Do you think the weird faces you make when taking a selfie are cute?

Their marriage is "fine," adds a source

- Divorce rumors first stared because Jennifer is filming Nine Lives in Montreal on weekdays while Ben is in LA with their kids. They hadn't been photographed together for a month (but have been since been seen on multiple occasions).
- Earlier this week, a source told Entertainment Tonight that the marriage is "fine" and that they're looking forward to spending summer "as a family."
- Yesterday's moving van pictures led media outlets to speculate that a divorce was imminent.
- A rep for Giannetti Architects, a Los Angeles-based firm, confirms that they are actually renovating their main house, and are moving and storing furniture before construction begins.
- They purchased the 8,798 square-foot Pacific Palisades, California ranch home in 2009 for $17.5 million.
- Built in the late 1930s, the Cliff May-designed low-slung house was owned by Gregory Peck until 1952.
- In addition to the five-bedroom, eight-bathroom main house, the 3-acre, cliffside compound includes a swimming pool, a guesthouse (built into the cliff under the main lawn) and an office/gym/art studio.
- In an interview with Instyle in October 2014, Jennifer was asked where she saw herself in ten years. After mentioning her career and family, she added: "I hope to be in the same house - I feel pretty cemented to LA for now."

Game of Thrones director clears up any ambiguity over finale
http://t.co/zOlxH11G2y pic.twitter.com/J0DTZdHBb9

I'm gonna just say since I know some people have lives, there will obviously be spoilers for last sunday's episode under the cut!

source1 + 2
so what do you think, ONTD? Have you lost hope yet or are you still hoping one of the many fan theories will come true in both the show and books? #FORTHEWATCH

Apple will always make sure that artist are paid #iTunes #AppleMusic

#AppleMusic will pay artist for streaming, even during customer’s free trial period

We hear you @taylorswift13 and indie artists. Love, Apple

Jeffrey Dean Morgan joins the cast of #Extant as JD Richter, a cop-for-hire who reluctantly agrees to help Molly. pic.twitter.com/wuskFZD1Dj

Source 1 and 2
To be honest I watched the entire first season of this show and I don't remember a lot of what happened but I'll be coming back to season two for Sir.

Breaking News: Lamar Odom has lost his second friend to a drug overdose in less than a week: http://t.co/unuvENk6qs pic.twitter.com/9PprKgsVjh

Britney back in Louisiana

So nice to be home! Nothing like Louisiana boys pic.twitter.com/EGhU4rdBXF

“We would love to have Beyoncé on board, almost certainly as a newcomer to the screen from Marvel’s existing catalogue of comic book characters,” an "unnamed" senior executive at Disney told The Daily Star.

SOURCE
Which super heroine do you want Bey to play as?