Where in Colin Farrell may or may not have been questioned in a suspected murder.


*A trusted source says that Viggo Mortensen has been offered the role of the film’s villain.
*Julia Stiles is set to return as agent Nicky Parsons.
*Alicia Vikander is in talks to play a role in the film.
*The script is done and production looks to begin this fall in London.

Sony hacking scandal: Execs were 'concerned with the spread of herpes':
http://t.co/RiAx0iiTqH pic.twitter.com/yfz24NqvhH

Wikileaks published a document about Sony execs concerned with the spread of herpes on set.

*Actors working on Sony projects have been required to fill out
the 'Cold Sore Questionnaire'. In order to be insured actors must
answer honestly to questions like:

*Actors must reveal any medications that they are taking to treat the
sores and they must sign and date the form.

*Some actors try to hide having sores and some even refuse to fill the questionnaire.

- Mimi is reportedly dating Australian Billionaire James Packer
- Set up by friend and scuzzball Brett Ratner
- Currently vacationing on his yacht in Capri, Italy. Then it's off to Cannes then St. Tropez
- Apparently he's been after her for a while and finally wore her down
- Packer infamously got into a fist fight over the media coverage on his supposed relationship with a then married supermodel Miranda Kerr


super white moment at the source since it won't embed

casting note that came w/script I got today. For real. name of male star rhymes with Madam Panhandler hahahaha I die pic.twitter.com/lCWGTV537t

"why are we still paying for adam sandler movies?" is more relevant than ever


Trying to get this up early rather than late. I hope Cameroon lights China the fuck up. Who you got?

First single from what will be the band’s 14th studio release. Duran Duran's new album "Paper Gods" is out in September.

It's been rumored and said that Britney has flown to New York to shoot the video for Tom's Diner this weekend where the diner is located at. Let's keep our fingers crossed that Britney's team let's Britney do something right for the first time since Femme Fatale. Are you ready for Britney's redemption from the trash that is Pretty Girls (feat. Igloo Australia), ONTD?

Act 24 was gorgeous and very well done imo! What did you think, ONTD? 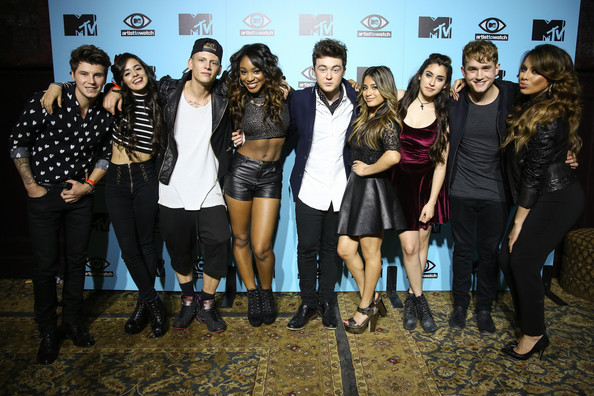 Official Charts asked the boys of Rixton to "size up their competition" and group member Jake (who's dating LM's Jesy) couldn't resist to drag Fifth Harmony in favor of Little Mix (because it's impossibe to have 2 successfull girl groups in the UK amirite?)

Fifth Harmony – Worth It (released June 21)

Chart prediction?
Jake: "They’re no Little Mix, so Top 20." (pit two girl groups against each others. how predictable)
All: "Top 20!"

Actually, "Talk Dirty" is a sample of the song "Hermetico" by the Israeli band "Balkan Beat Box" who produced the song "Worth It". Better luck next time boys.

source + the rest of the article: officialcharts

* Covers episodes 7-12
* Best thing about Sense8 is that it seems more baffling than it actually is in reality
* "They didn't know what was going on (hello, 4 Non Blondes), so why should we expect to? In Sense8 we really were right there with the characters, which is pretty much the hardest thing for a drama to do."
* Criticise the lack of Sun & Capheus towards the end; only used as plot devices
* "If the Wachowskis set themselves the task of making a sci-fi show that was emotionally mature, sexually fluid, that asked questions about faith and power and identity then they should give themselves a gold star."

For the stragglers, those still obsessed, or even for those just beginning the show: feel free to discuss!

so sorry about this mods! but i'm 99% sure the video will work this time.

LISTEN HERE: https://drive.google.com/file/d/0B3eWZyvGUfjUTWhYaktCTXozY28/view?usp=sharing here's a few lyrics: gonna wear that dress you like, skin tight. Do my hair up real, real nice. And syncopate my skin to your heart beating. Cause I just wanna look good for you. Let me show you how proud I am to be yours. Leave this dress a mess on the floor. Feeling good for you

Ariana Grande apparently didn't read the instructions of what she was allowed to reveal for her fragrance yesterday and posted photos of the box on Snapchat.

Meghan Trainor spoke with InStyle recently to talk about her curvy figure, her favorite swimwear style, and some of her style inspirations. Meghan told InStyle that she likes curve-hugging swimsuits that are supportive and provide great coverage. She also revealed her 3 style inspirations, who she says dress "to celebrate rather than to downplay their figures." Find out Meghan's style inspirations after the cut!

Who inspires your style?

– Vikings' Rollo Lothbrok will have a hair cut as season 4 begins.

– Also they're now filming season 4 and he teased about the relationship between Rollo and his bride-to-be:
"The French Princess Gisla is not actually a big fan of the Vikings, let alone Rollo. So he has a mountain to climb and he's going to have to win her to his side," adding that "there's going to be some fireworks ahead" for the disparate characters.

What are you looking forward to in season 4?

She says she grew up too quickly because of her mother’s addiction to heroin and that left her with her own demons during her teenage years. "All of a sudden I was hit with a massive wave of depression and anxiety and self-hatred, where the feelings were so painful that I would slam my head against a tree to try to knock myself out. I never cut, but I’d scratch myself to the point of bleeding. I just wanted to dematerialise and have someone sweep me away."

She says that while taking a break from modelling in New York she contemplated taking her own life. "I was packing my bags, and suddenly I just wanted to end it. I had a way, and it was right there in front of me. And I was like, I need to decide whether I love myself as much as I love the idea of death."

@OK_Magazine this misleading headline and your choice of words in labeling me are why we need feminism in 2015. pic.twitter.com/x6sLT8IKx9

- Taylor Swift took to twitter to SLAM OK! magazine.
- The OK article headline said she had made a "pregnancy announcement" but she was actually helping fans announce their pregnancy
- The magazine referred to her as her “Harry Styles’ ex-girlfriend” and “Calvin Harris’ rumored girlfriend.”
- OK Magazine did not responded but they did change around the title of their article.