SOURCE: My eyeballs watching the WWE Network for only $9.99!
[Look at these two cuties]

I read somewhere Arya is actually in this episode, I wonder if that's as true as those casting rumors...

Omw her love for Bey is on Missy/Aaliyah levels.  Personally I would have chosen Me Myself and I as my breakup lyrics to quote.  And is Drake somewhere thanking God? 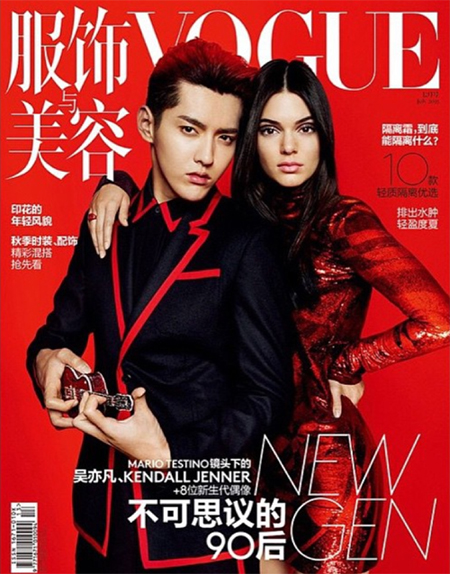 Kendall and Kris/Wu Yi Fan he who shall not be named grace the June cover of Vogue China.

[I had not anticipated this. This I had not anticipated. (click to open)]While Selina (Julia Louis-Dreyfus) fields questions from the press, members of her staff testify before a congressional committee about whether the Families First vote was intentionally sabotaged - and who was really behind the data breach.

Ellie Goulding deleted the photo of her and Lorde hanging out with Katy Perry, but this is the internet and screenshots exist.

lmfao, Taylor Nation got to her. Lorde remains the superior one in all of this, btw. 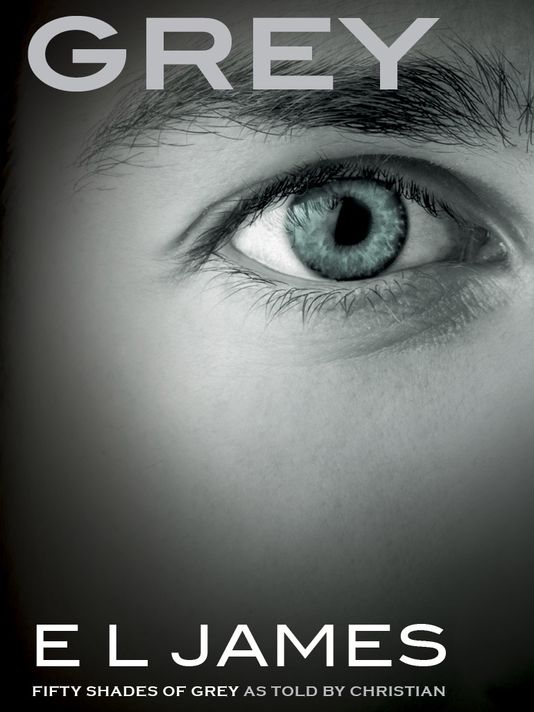 Vintage will publish EL James' next novel GREY on June 18 as a trade paperback and ebook. The sequel to the FIFTY SHADES trilogy will be told from Christian Grey's perspective, with the June 18 publication date apparently chosen to commemorate the character's birthday. James said in the announcement on her website: "Christian is a complex character, and readers have always been fascinated by his desires and motivations, and his troubled past. Also, as anyone who has ever been in a relationship knows, there are two sides to every story. It’s been a great pleasure to return to my happy place — writing, being with Christian and Ana in their universe, and working with the fantastic team at Vintage."

Vintage publisher Anne Messitte added: "When Erika mentioned to me that she wanted to explore Christian’s viewpoint and reopen the story, I was incredibly excited for her and for her readers. This book has all the compelling attributes of its predecessors, and I can't wait for Fifty Shades fans to experience the work again from a perspective they have long desired." GREY will be published simultaneously in the UK by Arrow.

This bitch. I want to know what Stephenie thinks, considering Midnight Sun.

Evil In The Night:

We might be waiting a little bit longer for Katy Perry's new album.

Katy's manager said that her new album would be out by 2016 (SOURCE), but her longtime collaborate/BFF Bonnie McKee
said in a new interview with Deejour, that she hasn't even gone into the studio yet.

You know, Katy’s still been on tour and everything. She hasn’t gone in to start the new album yet. Hopefully! I’d love to be working with her again. I can’t wait to see what she does next actually, but nothing on the horizon just yet. I feel like I’ve been focusing on my new project. I have been doing some writing on the side a little bit, with artists that I’m really excited about. Kind of more up and coming people. But, I’m focusing more on my own project. It’s a full time job being an artist! (laughs)

Read the full interview at the source.

Are you excited for Katy's new album or can you wait, ONTD?

El Ray has announced the second season will premiere at 9:00PM on Tuesday, August 25th.

darrin did an interview with sway to promote his new movie "chocolate city." one of the hosts asks him about the wade robson rumor at 16:40, then he and sway make disgusting jokes about britney.

Lil Wayne was at a charity basketball game in St. Louis to promote non-violence... then started a fight over bad calls.

American girl group Fifth Harmony is currently in the UK attempting to achieve some kind of international success. They were invited to be the house band on UK reality show Britain's Got More Talent and sang a medley of some of their songs.

+ Coppola has exited the movie over "creative differences.
+ The project isn't dead and Caroline Thompson's ("Edward Scissorhands," "The Nightmare Before Christmas") is rewriting the script.

source
Booo, I was looking forward to her take on this story :(

Following showings at Toronto, Venice, Sundance, and more, the latest film from Ramin Bahrani (Man Push Cart, At Any Price) will finally arrive this fall in theaters. 99 Homes follows the story of a construction worker Dennis Nash (Andrew Garfield) as he struggles to make ends meet and is evicted by real estate agent Rick Carver (Michael Shannon), only to go on to work with him.

I saw this on a whim at TIFF 2014 and it was fantastic. I highly recommend it!

OUT FOR LUNCH AT THE COMMONS IN CALABASAS WITH PIA MIA.

Are you part of the detox tea mouvement? And do you ever fight with your significant other just to spice things up in your relationship?


Jessica Lange starred along-side Tom Wilkinson in the 2003 HBO film, Normal. The film is about the transition of Ruth Applewood, husband to Lange's character, and who had been living as a man for 25 years of marriage.

The film was nominated for several awards.

Damn it, Chloe! @FoxTV wants more #24 without #JackBauer in the lead! http://t.co/pZuoEf8EPW by @BlairMarnell

No word as to who the new lead will be. Are you excited for a new 24 series ONTD?

It’s that time of the year again… swimsuit season. I make an effort to eat healthy and exercise all year round. But when summer hits and the layers of clothing come off, fitness becomes even more of a priority for me. So with that in mind, our June theme here on LaurenConrad.com is going to be Shape Up. You can expect all the great fitness content you’ve come to know and love here on the site, including my LaurenConrad.com Bikini Boot Camp series. But, you’ll also notice one key difference…

When we’ve talked about getting in shape in the past, words like “skinny,” “slim,” and “thin” have often come up. Starting this month, we’ll be banning any body shaming terms from the site, and replacing them with words like “fit” “toned,” and “healthy.” We try do to this for the most part anyway, but now we’re making it official! The word skinny will now be reserved for skinny jeans. My editorial team and I had a long talk about it, and we want to make sure that the focus is on being fit as opposed to a number on the scale. Every body is created differently—and healthy bodies come in all shapes and sizes.

So along with the usual fashion, food, and beauty features, I’ll be sharing some of the best ways to sweat. We’ll discuss everything from how to get out of a workout rut to The Smart Girl’s Guide to Reading a Food Label. We’ll have some Meatless Monday meal options that still pack plenty of protein, and a summer vacation packing list to get you excited about that trip you have coming up. I hope you find it all inspiring!

Tuesday 2 June is a special day. Tomorrow, my friends, marks the home media arrival of the most magical and beautiful space opera about inheritance law ever made. Jupiter Ascending arrives on blu-ray in North America with six featurettes exploring the making of the film (better yet, they're full of gif-worthy moments moments like the one below).

Will you be picking Jupiter Ascending up on DVD/blu-ray, ONTD? Also, who's looking forward to the Wachowskis' Netflix series, Sense8? This week is made of pure awesome!

Oscar winner #EddieRedmayne enters the Wizarding World as Newt Scamander in #FantasticBeasts and Where to Find Them: http://t.co/RcAp3jpR0p

-Warner Bros officially announced Eddie Redmayne cast as Newt Scamander in the upcoming 'Fantastic Beasts and Where to Find Them' film series
- David Yates is directing the first, JK Rowling is writing the script (and a producer, along with Harry Potter producer David Heyman, Steve Kloves and Lionel Wigram)
- Filming's supposed to start later this year?


this is so cool. so cool. idk what this award is as i dont follow sports but i just like that the sporting world is acknowledging and accepting caitlyn. give me a second to cry major tears of joy before i revert back to my usual cold hearted self

And your mother called you Timothy not timbaland...

I need a cigarette after watching this.

It's The Beginning Of The End For “Pretty Little Liars” http://t.co/uqyHxtYefd via @JarettSays #PLL pic.twitter.com/HSnpfx3zew

New Podcast! An interview with the one and only @SleepintheGardn! http://t.co/V7O1sNBIwJ

ugh, why is seungri wearing a headdress...

Seriously. That's what they called it.

As expected, Megyn Kelly and Fox News have turned innocent young girls being molested into complaining about how the liberal media are attacking the poor Duggar family. The interview will air Wednesday. Megyn Kelly says "nothing is off limits" but going by this clip, there is little chance it will be anything more than the typical fluff piece from Fox.

Didn't he turn into some kind of cockroach-man and died? 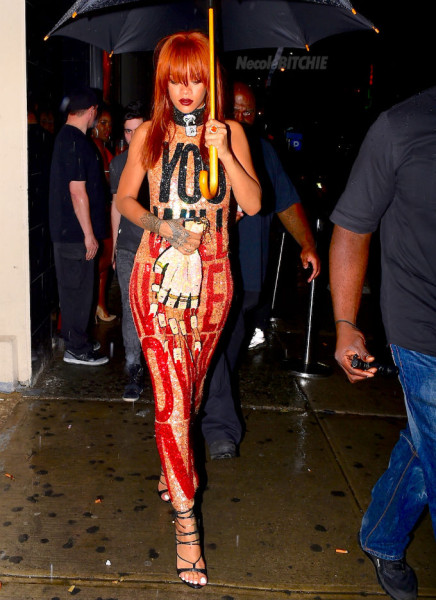 Rihanna is back from Cuba and was seen stepping out the Escuelita gay club (where she attended MC Jack Mizrahi's birthday) and into the New York rain last night wearing a fierce gown. The dress - designed by Discount Universe, reads: "YOU WILL NEVER OWN ME" in the front and "I WILL NEVER FEAR YOU" in the back.