If only we could be Sandra Bullock for just a day... She is worth $200 million: http://t.co/XMgUGN0Fie pic.twitter.com/LPlVymMGX9


It was recently announced that Sandra is worth a whopping $200 million, according to Forbes.

Her huge accomplishments and wealth ties her with Taylor Swift and Jessica Alba,
who both also have a $200 million net worth.

On being high-maintenance (rme!!) in bed:
- Nicki demands orgasms EVERY TIME
- Feels that all women should demand orgasms
- She has a friend who has never had an orgasm in her life
- She sets up orgasm interventions where they show her friend how to do "stuff"

( Collapse )
hows you sex life?
SRC | read the rest of the article at the src

- Janice Dickinson rumored to be "already signed" for £300,000. Farrah Abraham as well.

Full Article at the Source & S2

EXCLUSIVE: A source says Bruce Jenner will introduce "Her" on the cover of Vanity Fair http://t.co/Dlqqw0IIJb pic.twitter.com/RYlkZO6JI8

Janet and Michael were competitive about the vocals, with Janet deciding to record hers in a different city after watching him record his first.

Janet's Runaway was recorded around the same time and was initially meant as a duet before they decided on "Scream".

Even though the single leaked 13 days early, it became the first song in history to enter the Billboard Hot 100 Top 5 chart.

Often titled the most expensive music video ever made, Jackson's label originally lost their shit over the price but the director clapped back that it was necessary for the size of the sets and lack of time to create within 7 weeks.

One of the BEST dance breaks in a video. And minus some aesthetics about the outside of the spaceship, it's ridiculous how well the special effects were made for 1995.  It also influenced the wave of space-themed vids we got in the late 90's/early 00's.

"Next week we will sit down with Megyn Kelly on Fox News to share our hearts with you about the pain that we walked through as a family twelve years ago, the tears we all shed and the forgiveness that was given. We appreciate the outpouring of love and prayers for our family at this time."

The interview will air Wednesday, June 3 at 9 p.m. ET on Fox News' The Kelly File, and additional footage will be shown during a 1-hour special on Friday, June 5th at 9 p.m. ET.

The twitter account for the documentary that is being made about George Miller's scraped Justice League movie has been tweeting concept art recently. Here is what they've released.

Bruce Jenner is no longer Bruce Jenner — his female name has been revealed! Introducing... http://t.co/zRJecPJJ6s pic.twitter.com/rOuRKJ6AcV

The name is [Spoiler (click to open)]Kaitlyn. Spelling hasn't been verified. Neither has the name itself tbh.
He's reportedly already using the name among friends even though he has publicly stated he's okay with being referred to using male pronouns.

International fans, this week '1989' became @taylorswift13's best selling album to date outside of the US, surpassing 'Fearless'! #global

source 2
this local artist!! which is a worse album: 1989 or fearless, ontd? #justice4speaknow 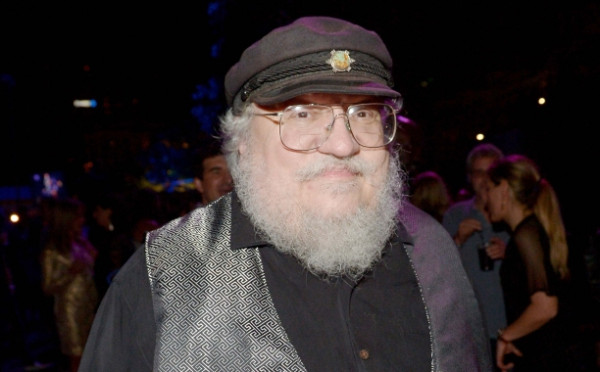 GRRM told EW that he won't be writing any episodes for the sixth season of Game of Thrones as he remains focused on trying to finish The Winds of Winter. This is in line with another statement he'd given to EW in that he wants to get the next installment of his series out in 2016 and hopefully before the next season of the show.

He has also been cancelling interviews and convention appearances (such as Comic-Con) so as to continue writing.

Last month on her podcast, comedian Jen Kirkman discussed sexism in the comedy industry and said this:

And then I had another guy who is a very famous comic. He is probably at Cosby level at this point. He is lauded as a genius. He is basically a French filmmaker at this point. You know, new material every year. He's a known perv. And there's a lockdown on talking about him. His guy friends are standing by him, and you cannot say a bad thing about him. And I've been told by people "Well then say it then. Say it if it's true." If I say it, my career is over. My manager and my agent have told me that. They didn't threaten it. They just said to me "You know what Jen, it's not worth it because you'll be torn apart. Look at the Cosby women." And this guy didn't rape me, but he made a certain difficult decision to go on tour with him really hard. Because I knew if I did, I'd be getting more of the same weird treatment I'd been getting from him. And it was really fucked up, and this person was married. So it was not good, and so I hold a lot of resentment.

This of course is getting (very little *sigh*) traction in light of the recent allegations of Louis CK's sexual misconduct toward female comics.

You can listen to the podcast episode here: https://soundcloud.com/jenkirkman/bitch-were-all-madonna

The above quote comes around 31:00 mins, but a lot of the stuff she says before that is on point too.

EDITED TO ADD:
Apparently Jen tweeted at the writer of this piece, asking him to take it down (but her tweet is now deleted).

Since we're in the revival era (i blame The Walking Dead), here's 10 shows that need a revival (by ONTD standards).

We need a third season because God told Joan that her last two years were just practice for her greatest challenge, a man that talks to God and probably the Devil too and has a sinister agenda. (And was also player by Prison Break's Wentworth Miller).

Paul McCartney says he's given up pot now that he's a granddad http://t.co/KJDhTxpL8S

-Says he doesn't want to set a bad example for his grandkids. Hasn't smoked in a while.
-Stills enjoys wine and margaritas tho....

Liquor or drugs ONTD? Personally, you'd have to pry Hennessy from my cold dead hands tbh

Statement from his father,

"In the words of the Biden family: Beau Biden was, quite simply, the finest man any of us have ever known" —@VP Biden pic.twitter.com/wayhHq78hx


Statement from the POTUS,

"Michelle and I humbly pray for the good Lord to watch over Beau Biden, and to protect & comfort his family" —@POTUS pic.twitter.com/KilnFEDbN4

This may not be celebrity related enough, mods, but I thought it was important to share anyway. Beau Biden was the attorney general of Deleware and introduced his father at the DNC in 2008. Joe, as you guys probably remember if you're familar with U.S. politics, lost his first wife and daughter in a car accident in 1972 a month after he was elected senator. He was sworn in at the bedside of Beau and his brother Hunter.

( Collapse )
He was a good guy, I'm heartbroken to see him go.

Ed was asked about Taylor in a recent interview and he had this to say:

"I feel like we look like cast members of The Hobbit, she's like in the elven kingdom. She's hanging out with Galadriel and stuff, and I've got hairy feet."

ONTD, have you ever turned someone down because of their height?

Mariah Carey’s Las Vegas show is as bad as everyone says it is. http://t.co/2dWWVurFYe


-Complex points out that the show has been getting deserving negative reviews from other publications.
-Her trademark voice has been reduced to a rasp.
-Instead of hitting the high notes she bleats out "woo woos" and "no nooo" in different ranges during the show.
-Performing her hits in chronological order doesn't make sense and it hurts the fluency of the show.

Ready to cleanse your ears with some early-mid 00's R&B classic realness? Say what you want about her, but Tamar always comes through with some throwback vocal slayage.
Collapse