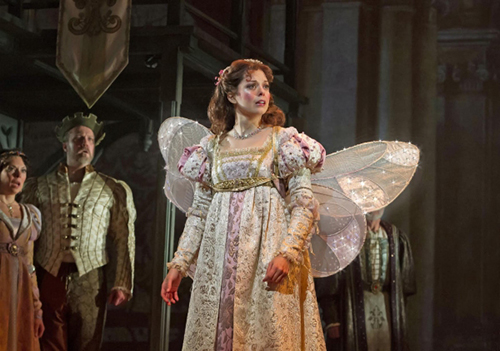 A musical stage version of the 1998 film Ever After: A Cinderella Story premiered tonight at the Paper Mill Playhouse in New Jersey! The production is being directed and choregraphyed by Kathleen Marshall and features book and lyrics by Marcy Heisler and music by Zina Goldrich. The production stars Christine Ebersole as Rodmilla de Ghent, Margo Seibert as Danielle de Barbarac, Tony Sheldon as Leonardo da Vinci and James Synder as Prince Henry.
The Paper Mill Playhouse released the following photos (taken by Jerry Dalia) of the production.
( Collapse )
The production will run through June 21st!
[source: photos by Jerry Dalia, from BroadwayWorld]

Roskomnadzor have threatened action unless the companies comply with Moscow's demands to block content it deems extremist and to share information about online traffic on individual pages.

The agency issued a statement demanding that the social networking companies delete content that ""contains calls for mass unrest [or] carrying out extremist activities" or calls for attending unauthorized rallies.

This also follows a demand made by the agency last summer, which ordered bloggers whose accounts receive more than 3,000 visitors per day to register as mass media. (I happen to know a Russian journalist IRL and this is scarily 100% true).

Opponents of the Russian government have often turned to social media to voice dissent and organize rallies, as Russian media is state controlled.


Read more at the source.

In Soviet Russia, Internet memes you, you dirty capitalist pigdogs.

"When you put your hair in pigtails and tie your shirt up and become instantly recognizable, it’s Britney who wins, not Christina."

- Notes that although Christina imitated several celebs the buzz is mostly centered around her Britney Spears impression (again).

Both of her previous marriages lasted only months and has been with this guy less than a year. Congrats though.

Watch @PrattPrattPratt talk about his most enthusiastic fans (and try not to fall in love): http://t.co/qA5aM77Ayi pic.twitter.com/A2uVHRlxis

Video is @ the source

i love that he didn't get 'RIP my ovaries'. lmao.

'19 Kids and Counting' -- Josh Duggar on the Chopping Block http://t.co/UAnc1rRtAn


TLC is debating between canceling the show outright, or just filming it without Josh. They believe the audience mostly cares about the daughters anyway, so it's easy to lose him. They also believe the evangelical audience will stand by the show if it stays on the air.

I'm sure good Christians like the Duggars won't be down with treating their beloved Josh like a pariah just to keep the money rolling in, right?

With the power Rangers movie reboot coming soon, let's see what all the original MMPR cast has done after 20+ years!


Although not announced officially yet, there are reports that the yes vote is winning by a landslide in various parts of Dublin, and it looks like it really is set to pass despite the vote being close in more rural areas of Ireland.

I'm so happy. Feel free to add in more tweets of support if you find any!


- Alicia is dropping out of "The Circle" with Tom Hanks to join Michael Fassbender and Marion Cotillard in "Assassin's Creed" and the new Bourne movie with Matt Damon.
- Source is also reporting that IM Global's Stuart Ford has offered the part of the female lead in "The Circle" to Emma Watson (lol).
- "The Circle" starts shooting in August in California. 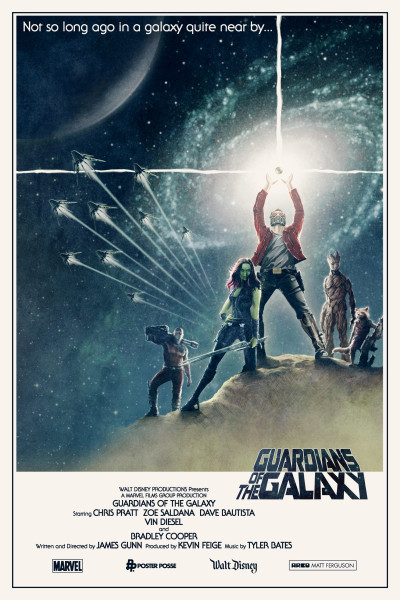 - James Gunn is looking to add two women to the core team
- A character we're 'already familiar with' is also joining the team (Hulk? Lol)
- James Gunn has already approached an actor (Was this what Al Pacino met with Marvel about? Matthew Mccoughnshugy?)
- Yondu will have a bigger role in this movie
- The plot, which James Gunn thought was too risky when pitched to Marvel, is very much about 'fathers'
- Star-Lord's dad won't be the same as in the comics. no J'Son king of the Spartax Empire. Too Star Warsy.

which two new characters do you want to see? I'd love to see Mantis and QUEEN ANGELA ASGARD'S ASSASSIN of course. They can pretty easily follow her origin in the Guardians of the Galaxy comic and then have her ~find herself~ for Thor 3. Plus her friendship with Gamora is the best. And who do you think is the familiar character joining the team? Probably Yondu or Nebula tbh. I don't think they can really fit Hulk in this.

Talks about giving birth to her daughter in 6 weeks and wanting to use her position to help who do not have basic rights:

Geography dictates my freedom as a woman, geography and the women before us who fought for our equal political voice. The inequality that is all too prevalent all over the world is so great and so frightening. We owe it to our sisters who have no voice, and no chance to be heard, to speak up.

Source 1 and 2
This happened a few days ago but it didn't look like anyone had posted pictures from it. Is anyone still invested in this season?

The movie premiered at SXSW earlier this year and got great reviews. Can't wait for Sookie St. James to slay the box office once again!

arms and the dudes is based on the true story of two dudes, efraim diveroli (played by jonah) and david packouz (played by miles), who secure a $300 million contract to bid on US military contracts and begin arming the afghan military. it's directed by todd phillips, who also directed the hangover trilogy.

i kind of expected this to be a dumb stoner buddy comedy, but miles described it as pretty dark in an interview so that's got me interested. what do you guys think from these stills?

Someone needs to tell her that Persians need their eyes cleaned out every single day. Jfc.

Exclusive: #TheGoodWife Losing Another Series Regular Ahead of Season 7 http://t.co/18qAylIxd9

- Could come back as a guest star

- Will head to Downton Abbey sixth and final season

Lmao at this show bleeding regulars (Josh Charles, Archie Panjabi, Goode) because the Kings are spineless in front of Satangulies!

First, it was Kevin Durant, who angered rapping sensation Lil B by insulting his swag...Kevin Durant later suffered the Based God's curse: getting injured and failing to win a championship. Later, Houston Rocketss player James Harden appropriated Lil B's swag, by failing to give credit to the rap legend for his "cooking dance". The Based God gave Harden a chance to repent, however, the Hawks' (Harden's opponents) official twitter pleaded the Based God to offer them success. Lil B agreed to spare the Hawks from his curse.

@ATLHawks I got love for the Hawks and Jeff Teague is a beast!! Hawks deserve great things and the city of Atlanta!!! - Lil B

Barcelona said goodbye to captain Xavi Hernandez in Saturday’s 2-2 draw with Deportivo La Coruña, celebrating the iconic midfielder’s 24-year career in blaugrana in a proper sending off that only one of the greatest footballers in the world deserves.

By all accounts, Stonefield is back on, and after days of fan sightings, paparazzi finally caught up with the pair buying groceries together. Needless to say, Andrew Garfield was not amused as he yelled at the paparazzi by telling them they were "really f#*&ing creepy," while girlfriend, Emma Stone, ignored the paps altogether. The video ends with Garfy shaking his ponytailed head at the paparazzo after being congratulated on getting back together, and asked if the two were getting married.

WATCH THE FINAL HERE
ARE YOU EXCITED ONTD??!? WHAT ARE YOUR FAVES?

Rejoice ontdirectioners! You won't have to see or hear Zayn anytime soon. The Daily Star talked to Naughty Boy recently where he revealed he wants to help Watford football club. He also mentioned his twitter feud and his upcoming album. When he was asked about Zayn, he said this:

“He is going to chill out and relax for two years, there is nothing coming out soon. I have him on my album but that’s a Naughty Boy track. It may be a single.”

read the full article @ the source: daily star
while you wait, pre-order and download 🔮 black magic 🎩 on itunes: http://smarturl.it/LMblackmagic 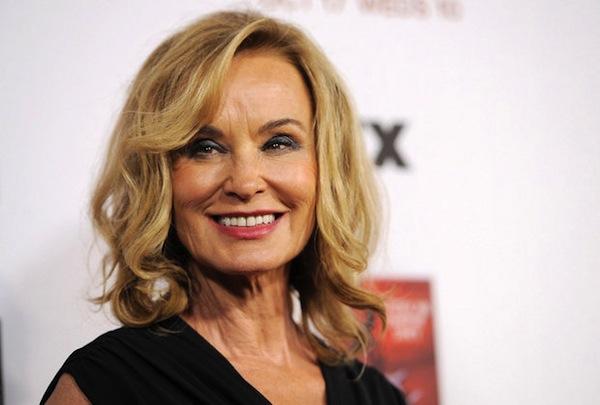 “Hollywood is run with this male point of view. Even if a woman runs a studio, she still does it with a male point of view. And as long as that exists, you’re still going to have this wish fulfillment," Jessica Lange said to TheWrap, "That men continue to be fascinating and attractive and virile, and women age and are no longer sexual or beautiful — it’s a fantasy that has nothing to do with reality.”

This comes after Maggie Gyllenhaal's recent comments that she was 'too old'. Jessica Lange also wondered "why would a 37 year old want to play opposite a 55-year-old man?" and said that this age gap was not a new phenomenon.

“I think a lot of it is fear of mortality,” Lange said of the male pov in entertainment. “One’s mortality, one’s youth and virility… now they have Viagra, they’re humping away on their deathbeds. Hollywood is a perfect expansion of that idea that permeates our society.”

This is the bald 'truth' about Leonardo DiCaprio's beard http://t.co/bDNJGM0amI pic.twitter.com/jeNM3Smbhv

Do you agree ONTD?

-People are saying various things on the internet: “A black guy? I don’t like it. They must be doing it because Obama’s president” and “It’s not true to the comic.” Or even, “They’ve destroyed it!”
-Michael isn't bothered by the haters
-Says that if Stan Lee is cool with it, why fight it?
-Creative choice from the director, Josh Trank, who is in an interracial relationship himself
-Hoping to set an example for Hollywood to start considering more people of color in other prominent roles
-To the trolls on the Internet, I want to say: Get your head out of the computer. Go outside and walk around. Look at the people walking next to you. Look at your friends’ friends and who they’re interacting with. And just understand this is the world we live in. It’s okay to like it.

Thanks for the source help, mods!

I'm not interested in this movie because I'm not a huge fan of F4, but I love the diversity in the full cast (not even just the core group). Who is your dream comic book cast ONTD?

Utada Hikaru tried to break into the American music market over 10 years ago with her debut English language album Exodus in 2004. She was marketed as the "Japanese Britney Spears," but her album didn't make a dent stateside. She released four singles from Exodus, including Easy Breezy, You Make Me Want To Be A Man, Devil Inside, and Exodus 04. Devil Inside was a #1 dance hit in the states, while Exodus 04 was a minor club hit.

Share your favorite pop acts that failed to break into the American music market!


In other news: Hayley Atwell will also be crashing the Civil War set next week and Marvel doesn't know. 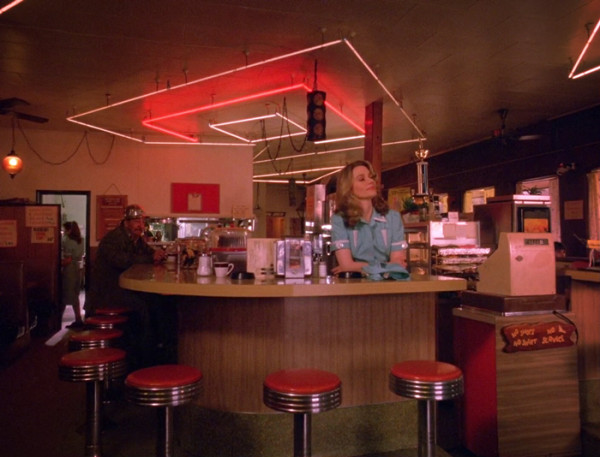 Shooting will apparently start in September.

in this promo for movietickets.com, which you can exit at 25 seconds b/c it's useless after that, you get to see the team show off their shit for the first time. i'm not sure why they didn't have it in the trailers, but here it is anyways.

i'm thinking johnny and sue are looking alright but i'm still not sure about the other two...

Set against the backdrop of the early 1960s, at the height of the Cold War, The Man from U.N.C.L.E. centers on CIA agent Solo and KGB agent Kuryakin. Forced to put aside longstanding hostilities, the two team up on a joint mission to stop a mysterious international criminal organization, which is bent on destabilizing the fragile balance of power through the proliferation of nuclear weapons and technology. The duo’s only lead is the daughter of a vanished German scientist, who is the key to infiltrating the criminal organization, and they must race against time to find him and prevent a worldwide catastrophe.