I literally made this post to ask if tonight's episode is even worth watching.

I'm sure the Kings didn't intend to have to reveal that you-know-who is "behind this door", but I guess they had to given the blowback from last episode's messiness.

Will you be watching, ONTD?


slight spoilers in the video if you don't want to know which actor is playing kylo ren/the villain.

Is it just me, or does it feel like Hilary doesn't want to be there?

[#EveryLittleThingSheDoesIsTragic #FirePattonOswalt (click to open)]At the party convention, Selina and her staff scramble against the clock to avert a major internal crisis. Amy (Anna Chlumsky) grows increasingly infuriated with the president's new advisor, Karen (Lennon Parham), who is coaching a nervous Catherine (Sarah Sutherland) on her First Daughter speech to the convention. Back in D.C., Dan recruits Jonah and Richard (Sam Richardson) to pose as influential Washington insiders.

Source
Not a whole lot but people were speculating yesterday what the theme might bring in tonight.

E! will be airing a two-part special episode of Keeping Up With the Kardashians on May 17 and May 18. It will be centered around Bruce's transition into a woman.

Kris Jenner took the news hard saying, "I have these memories of this life and I feel sometimes like it didn't exist."

watch the video at the source

Pics + details under the cut.
( Collapse )

Pop singer Britney Spears might have just released her new single featuring Iggy Azalea, but that didn't stop her from throwing a little bit of shade towards the white rapper.

Britney took to Instagram and liked a post where Iggy Azalea is replaced with a picture of garbage.

12 episodes have been ordered about an adaptation of the series of novels. Quentin Coldwater enrolls in a secret New York college specializing in magic and discovers with friends that a magical fantasy world is real and poses a threat.

Joss Whedon Has Deleted His Twitter Account After the Domestic Debut of Age of Ultron http://t.co/czobnlUmaH pic.twitter.com/J8MWqXCMVk

-Daniele Watts was having sex with her boyfriend in a car. Watts accuse police of racism and tried to use i'm a actress card to get out of charges.
-Watts and her boyfriend must each do 40 hours community service and write apology letters to Sgt. Parker and two other officers.
-It's vindication for Sgt. Parker, who was angry when Watts made her initial racism claims.

Every Avengers: Age Of Ultron Easter Egg In One Video http://t.co/ah44mv1qai #movies

Did you have a favorite Easter egg from AoU?

Hoy queremos celebrar con todos vosotros que pronto Sergio Jr. va a tener un hermanito o hermanita / Today we want to celebrate with you that Sergio Jr. is going to have a brother or sister

i'm pretty sure this is the first picture of jr too. felicidades!

We have a name! ❤ HRH Princess CHARLOTTE ELIZABETH DIANA of Cambridge ❤ #RoyalBabyGirl pic.twitter.com/nEyJ84dtfY

-Seth K. Gilliam, Deaton on Teen Wolf, Gabriel on The Walking Dead was booked last night
-Arrested for DUI, speeding and drug possession
-Alcohol level was .107
-Joint was in the backseat of his car
-Was driving over 100 MPH

ONTD: Have you been arrested for driving over 100 MPH? 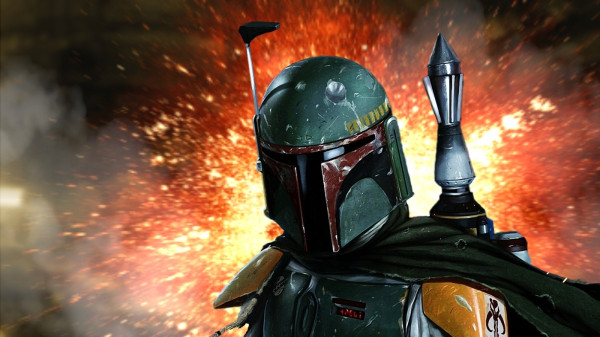 The second Star Wars Anthology film, coming in 2018, may have lost its director Josh Trank but things are still going full speed ahead. It was just announced today that the film would focus on Boba Fett. This doesn't come as much of a surprise as a bounty hunter film has been long rumored ever since the deal with Disney was announced.

- original cast/crew is back including keanu
- no officially summary yet

Britney did a couple of radio interviews with Kiss Fm's Ryan Seacrest and z100's Elvis Duran. Listen below under the cut.

Pretty Girls is now on Spotify for those that stream music. No Tidal

"I'm bummed," he said. "I wish we could've done multiple seasons - because there's just not a lot of gay TV shows, there's not a lot of gay stories out there, so I feel like there was so much still left to cover - and within the context of our own specific characters and relationships.
"I'm definitely bummed to see it go, but I'm grateful that we at least are getting a special to say goodbye to the experience, and to go back to San Francisco one last time. Oftentimes, with TV shows, they cancel it and you don't even get to say goodbye to anyone, because it's so sudden - so the fact that we're getting to go back is great.
"But yeah, of course, I wish that we could've gone longer and done more seasons - full seasons."

After the debut of the Suicide Squad, Tom had this to say:

"There’s a very practical element as to why I’ve missed out on that foray, which is because Alejandro [G. Inarritu] has overshot by three months in Calgary, so we’ve got to go back out to Patagonia or Alaska to continue shooting The Revenant which has turned into a much bigger beast than we thought, but that also looks exceptional...Literally we wrapped in Calgary for now until we go back in July. It would have smashed the two, I would’ve had a beard. It was just not gonna happen so I got ass-slammed technically out of Suicide Squad, gutted, so I had to hand it over to Joel Kinnaman, who will do an amazing job. It’s just I got bumped out, and that’s cool that’s the way it is.”

i cannot wait for this movie guys. i'm exhausted by marvel's brand of humor and am waiting for DC to bring their quality/reality/philosophy/hans zimmer scores back to the game.

Kendall Jenner in bed with... JUSTIN BIEBER?!? (via @fishwrapped) http://t.co/Hs8t1VtOrL


Two days ago, Kendall™ Jenner posted the above picture on Instagram of her topless in bed with a tattooed arm guy with the caption "night". She soon deleted the post but not before it spread like a California wildfire with many speculating that the guy is none other than Justin Bieber!

Was this Kendall™ Jenner's attempt to quell those breast enlargement for Justin Bieber rumors? Was this an attempt to say that Justin Bieber is her man and not Ariana Grande's? The only thing we do know is that this was clearly done for attention.

ONTD, which Jenner needs help the most: Kendall™, the model or Kylie™, owner of a Tumblr?

BREAKING: A rat has been spotted in @Madonna's bathroom during a live chat session with the Queen (check to the left) pic.twitter.com/imFgVaFDYd

This show's promo won't let up! Fox is banking on this being a hit I guess. And also lol at that text speak 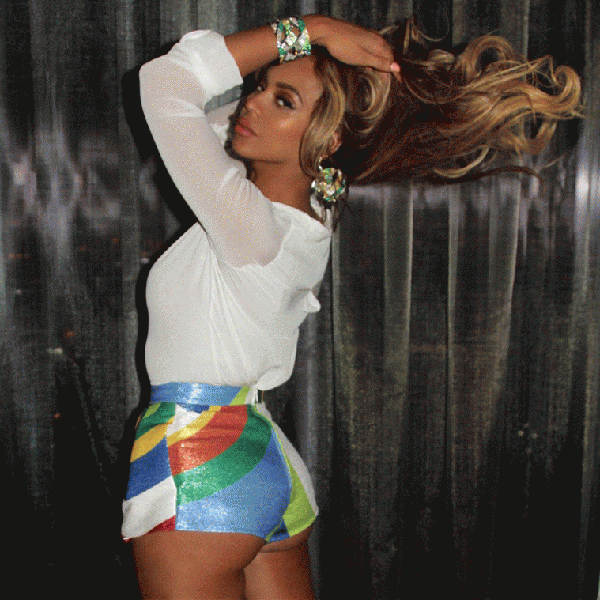 - Machinima and DC Comics/WB Animation have teamed up to bring two seasons of a new Justice League animated online series
- next month, Justice League: Gods and Monsters Chronicles, created by Bruce Timm, will debut
- the series will focus on darker (lol) alternate versions of the Trinity (Batman, Wonder Woman, and Superman)
- the show will lead to the feature film, which will be released in July, and the second season will be released next year

- from Banned Source, Bruce Timm said he was a fan of alternate universes, and this series has like Harley Quinn with a chainsaw, and Mary Marvel, "a Pam Grier version of Captain Marvel/Shazaam" in the second season
- not sure how many episodes are in season 1, but according to ComingSoon, season 2 will have 10

edit: apparently the episodes are only 7 minutes long?? See below in the comments

Anthony Laroche has everything to please a woman: an ideal physique, smart, sensitive but masculine nonetheless. His profile appears on several dating websites and his various assets help him get the attention of numerous women seeking a prince charming.
( Collapse )

I saw this story this morning and gagged for about an hour thinking about it. Thoughts ? are you illiterate ONTD? 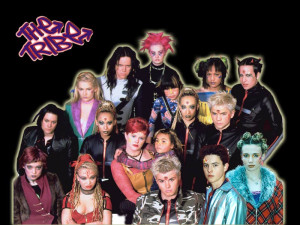 It's been a little while since my first post, but I had several requests to follow up with more cast members from this little-known 90s/early 00s New Zealand TV show, so here we are. I've dug deep and uncovered the whereabouts of more of your favourite face-painted teenagers. See below for more info on Luke, Jay, Ram, KC, Jack and more.

Disclaimer: I'm not responsible for any ruined childhoods and/or teen crushes
( Collapse )

The original creator of the vines, Ryan McHenry, passed away from cancer at age 27. Ryan Gosling honored his vines with a vine of his own.

If you're not familiar with the "Ryan Gosling Won't Eat His Cereal Vines", you can view them here.
Collapse