I know people don't like him but Louis is the smart one from 1D or whatever they call themselves these days. 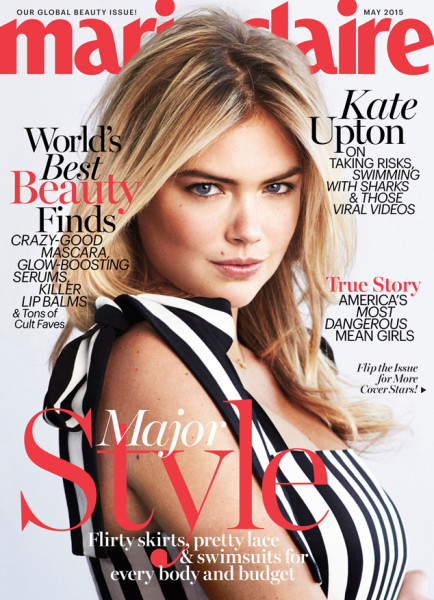 The new song "Frail" and for clarification, no that's not Alice Glass on the vocals:

Ethan Kath's statement posted on Soundcloud, which he removed later(lol)

"i wish my former vocalist the best of luck in her future endeavors. i think it can be empowering for her to be in charge of her own project. it should be rewarding for her considering she didn't appear on Crystal Castles' best known songs. (she's not on Untrust Us. Not In Love, Vanished, Crimewave, Vietnam, Magic Spells, Knights, Air War, Leni, Lovers Who Uncover, Violent Youth, Reckless, Year of Silence, Intimate, 1991, Good Time, Violent Dreams etc.). people often gave her credit for my lyrics and that was fine, i didn't care."

lmfao well this is fun

The originator of pop-r&b-rock-jazz, commonly known as the B-Day sound, Amerie (now Ameriie), is BACK with her 1 Thing producer. Listen to her new soon-to-be smash Out Loud 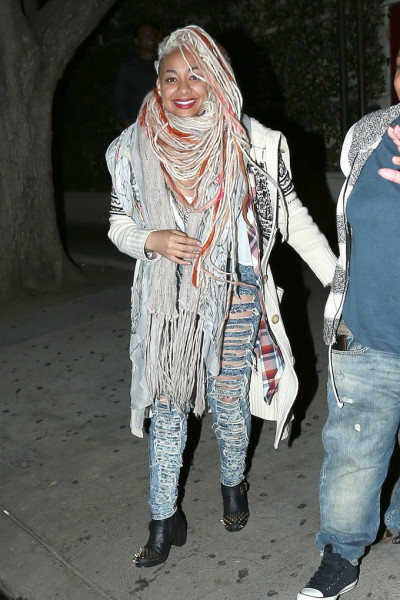 These are excerpts from the Teen Vogue interview
-She has heard bad comments about her and affected her self esteem at some point, she's has now found "a way to be more confident".
-Talks about having good relationships with her sisters but no mention of Kendall

A few photos have been posted on the official Fendi Instagram account of Kendall Jenner and Lily Donaldson working together on a new campaign. One photo of the two on the floor was captioned, "Hard-working supermodels @kendalljenner and @lilymdonaldson backstage at the #Fendi campaign photo shoot. #regram @chaosfashiondotcom"

A certain banned source recently reported that vinyl album sales are up by 53% in this year's first quarter, and vintage hipster queen Lana Del Rey has been listed as one of the top sellers of these types of records.

What did you think of act 20, ONTD? I didn't really feel like anything stood out as very good or bad. Not that shocking considering it was more of a lets-explain-as-much-as-possible-in-25-minutes act to lay the groundwork for future acts.

In an effort to build up hype to the new trailer to be released on Monday, Universal has released another Jurassic World poster. Another will be released tomorrow as well. 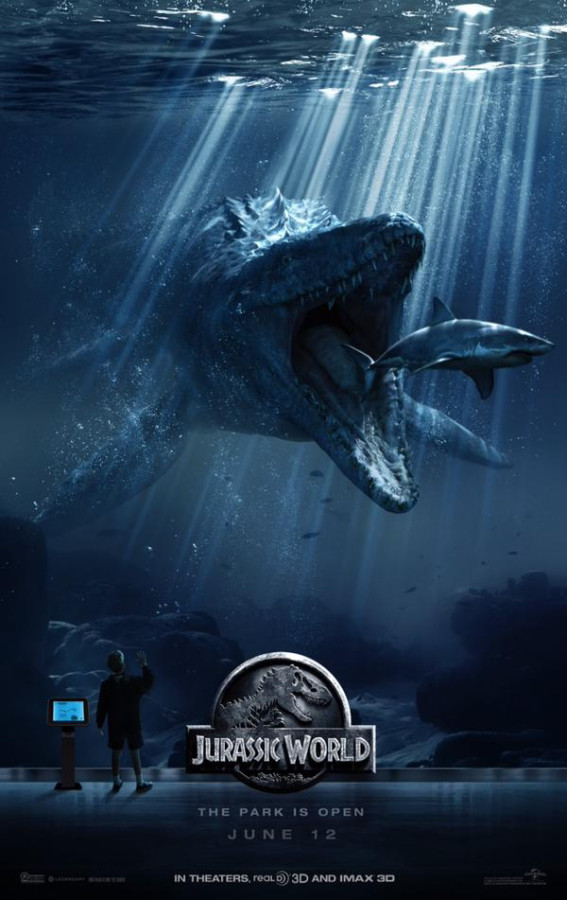 ONTD, what aspect of Jurassic World are you most excited to see? The raptor squad, Indominous Rex, Mossasaurus, the return of the original T-Rex or something else?


Jonathan suffered a brain hemorrhage and died in New York City on April 15.

So sad. Rest in Peace

Katie Hopkins sparks outrage after saying she would use gunships to stop migrants http://t.co/E8SLlrYhwq pic.twitter.com/zsllFcYkuN

.@KTHopkins to write about immigrants so hatefully you cannot love yourself. Come back to humanity, you must be shattered.

I wish a studio version of this existed
( Collapse )

This trailer for season 2 of Star Wars Rebels was released today at Star Wars Celebration: Anaheim. Features lots of Vader.

Bob Morley, from the CW's "The 100" attended two cons in Australia in the past week. He was cute, charming, and even more good looking irl (according to several people on tumblr, which makes it a fact)
( Collapse )

Wendy Williams is not here for Madonna's "disgusting" kiss! During her show, Wendy Williams described the Madonna and Drake Coachella kiss as "that big sloppy kiss from that old lady." Wendy continued, saying that she doesn't believe that Drake was disgusted from the taste of her lipstick. She goes on, saying that if the genders were reversed, everyone would be screaming "sexual harassment." Wendy ended with a message to Madonna's victim: "Check yourself for worms, Drake!"

Apple co-founder Steve Wozniak and comic book creator Stan Lee are teaming up to launch the Silicon Valley Comic Con next March in San Jose. "I'm teaming up with friends to make this happen because I want to give Silicon Valley it's very own kind of Comic Con where everyone can have fun enjoying what they love."

This Comic Con will take place March 19-20, 2016 at the San Jose McEnergy Convention Center. Wozniak said he wanted to have a place where technology and entertainment can come together (movies, tv shows, social media, etc)

ONTD, have you been to any fan conventions? Dashcon maybe?

Victoria Justice posted this on Twitlonger:

Hi everyone! I wanted you guys to hear it from me first, that the cast and I received news that Eye Candy will not be returning for season 2. Even though a lot of you are going to feel sad/angry, please know that playing Lindy Sampson, is something that I loved and I will hold dear to my heart. I couldn't have asked for better cast mates to work with either. They are the most down to earth, talented and kind souls that I am so happy to have met. Then there's our show runner @Christiantwit1 who is so awesomely talented and made a show that I am so incredibly proud to be a part of. A very special thank you to Jason Blum and the Blumhouse team, you guys are amazing! Jessica, thanks for all your hard work and dedication to Eye Candy.

Last but definitely not at all least, thank you to the amazing fans. I saw all of your WW trends (it might be 23 or 24 to date) and your unflinching support. It's because of all of you that I get to do what I love. I am beyond grateful for that. It made me so happy that you embraced the show the way you did. I was so lucky to have you guys along for the ride, because you made it that much more exciting!

As for @Caseydiedrick, @HarveyGuillen, @Kierseyclemons, @fryryCooper & @JohnGaret, I love you all and I'm so excited to see what great things you guys will be doing next. Let's all grab dinner next week and celebrate a show that we all loved and were so proud to make.

Love to you all,
Vic

HEATHENS and THETANS rejoice, for some more Xenu tea has just been spilled to quench our thirsty souls! 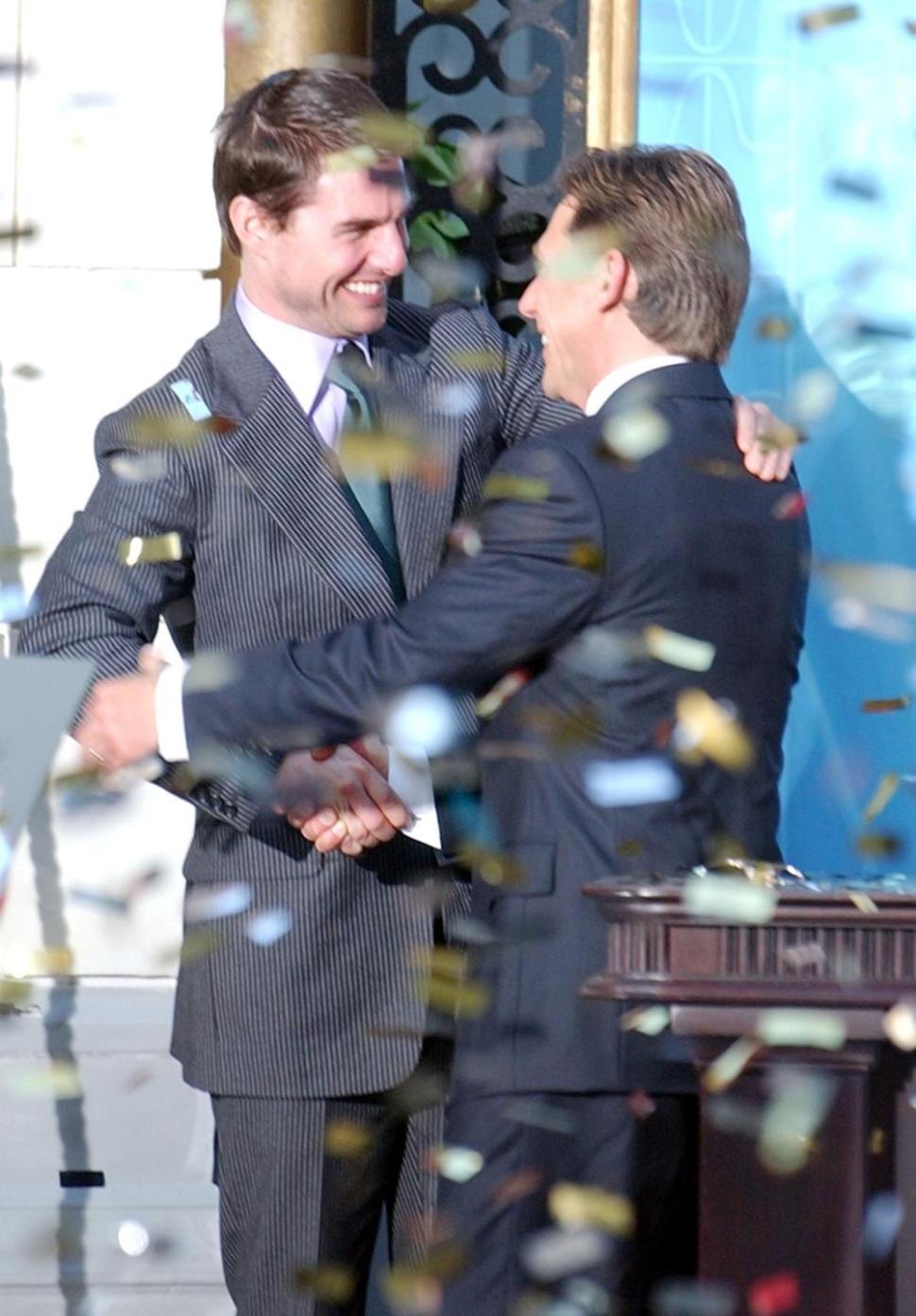 (Vienna by Ultravox plays softly in the distance)
The skinny:

start listening at around the 36 minute mark for all the Tom Cruise stuff.

Freida Pinto has landed another magazine cover. And she’s serving natural flawlessness for Net-A-Porter’s “The Edit”. In the cover story, she reveals about the curse of being a beautiful woman in Hollywood and defying stereotypical roles.

Freida was recently in the news for supporting the controversial documentary on the infamous Delhi gang rape, "India's Daughter". She stressed that it is important to get the word out about the dangers that Indian women face on a day to day basis. She mentioned that the basic mentality of the people in India has to change, in order to make it a safer place for women.

Elizabeth Olsen gets honest about…how often she keeps up with her skin care routine.
"Every day," she says. "Going to bed takes far longer than waking up. I wake up, brush my teeth, splash cold water on my face, and then I exercise. I always try and wash my face after a workout. At night, I wash with a light scrub, put on my eye cream and then use a heavy night cream."

…her secret beauty behaviors.
"I love taking my time when I layer products," she says. “I think it's important to let each layer soak before adding the next so that eye cream, serum, and moisturizer don't become one mixed product."

…the oddest thing she has put on her face.
"When I was in middle school, I would put toothpaste on my pimples," she says. "I don't know why I thought that would dry them out."
lizolsen.org

So spot on. She even got a blurry season one filter on.

Who do you think is coming back next episode, ONTD? In a perfect world it'd be Max

We need to stamp out this terrible sexism in the noble sport of trophy hunting. The men & women that do it are EQUALLY vile & worthless.

Kesha is coming back lookin delicious y'all! Here's the singer stepping out for the 2015 Delete Blood Cancer Gala.

SOURCE 1 2 3 4
Have you accepted T-Hammer and Blue into your life?