Tidbits:
-Matt Weiner wrote the script in 2001. Wanted HBO to buy the pilot. Also met with FX who wanted it 30 mins long
-January Jones read for Peggy
-Jon Hamm was at the bottom of the list to be considered for Don
-Danny Masterson auditioned for the series
-John Slattery read for Don
-AMC struggled financially with the show
-Network didn't want any kind of focus on Betty
-During negotiations, AMC wanted to cut show time and get rid of 30% of the cast
-AMC also wanted Sally and Peggy spin-offs
-Matt took home $30 million after almost walking. Thinks being off the air so long damaged the show
-Cast TPd Matt's car on the final day of shooting

The full article is a really great read. Second half of the final season premieres April 5th.

Whisper the massive growing anonymous website and app where more you can see more than 100,000 new posts are created daily.

"I go on it to view every night," says Karissa Ortiz of Los Angeles, a regular Whisper reader. 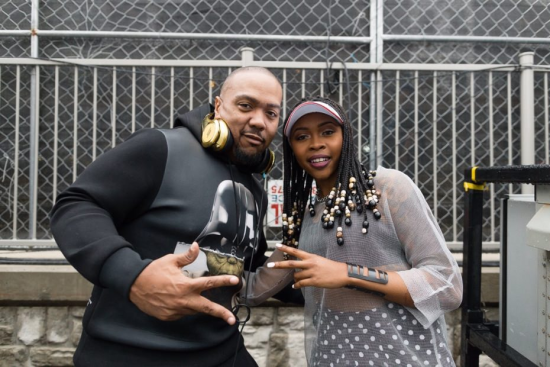 Producer/songwriter/rapper Timbaland, famous for his extensive collaborations with Aaliyah and for vocally defending his right to sole ownership of the late singer's legacy, announced at a SXSW set this week that the singer, who passed away fourteen years ago this August, visited him in a dream and cosigned Chicago rapper Tink.

During the show Timbaland claimed, "I was riding home one day, asleep. She spoke to me in my sleep, and said, '[Tink] is the one'."


Timbaland has openly criticised the entertainment industry for disrespecting and attempting to capitalise on Aaliyah's memory, including slamming Lifetime's 2014 biopic and in 2013 claiming that “Aaliyah music only works with its soulmate, which is me.”

ETA: apparently at the show Tink debuted a new song that samples "One In A Million", so I guess this is how he's justifying that to himself.

Tink is legitimately talented but she doesn't need this. This is basically exactly the same thing Barry Hankerson said about JoJo and we all know where that ended up.

ONTD: have you ever tried to capitalise on the memory of a dead friend? 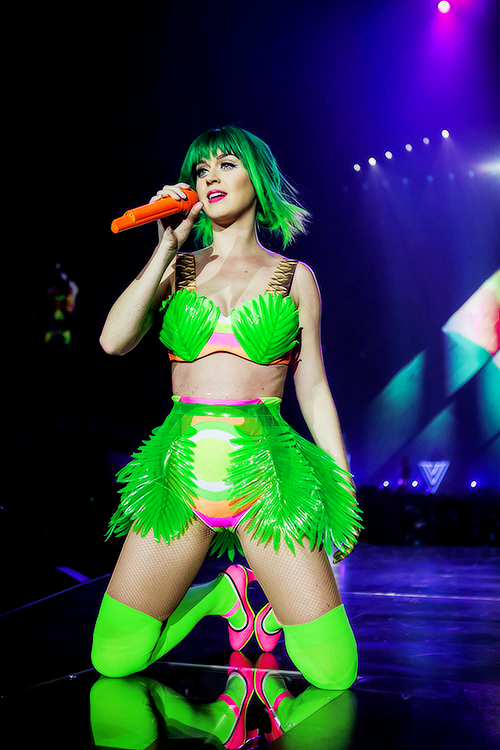 -She is just like you except a few of millions richer: "I really start my day about noon and end my day about 3 a.m.,"
-Instead of the club she heads down to the museum: "Rather than going to the club, we go to the museum. I get to educate myself along the way. It's really so fun."
-She packs more than 25 pairs of heels when she goes on tour.
-Ever wanted to go on a date with Katy elusive straight guys on ONTD? Well this is what you have to know: "I like connection through conversation and jokes. I like jokes and really good food." So dinner and a movie? You bet! "I love a good documentary. It's really simple."
-She is already planning for a follow-up to 2013's (widely underrated) Prism: "I do have ideas in my head for the next five years. I'm always taking notes all around me. I'm an observer of life…to use for my material."

Hopefully all 10 of us on ONTD who watch the show are still around. Because of the stupid delays between the US and the UK over the last few weeks, it seemed fitting to wait until everyone had had time to watch this before posting. Hopefully the BBC have gotten the message that putting a drama series on Friday nights is a terrible idea, and that in general by 2016 we should be able to just air shows on the same day around the world, rather than staggering them and losing viewers to illegal downloads.

Anyway, with that rant over, Den of Geek share their thoughts on the finale and you can read them with my interjections below.
( Collapse )
Source.

So how did you like it, ONTD? Will we see Milady next year? Bets on S3 villain?

"Are you gonna jump, doll?" 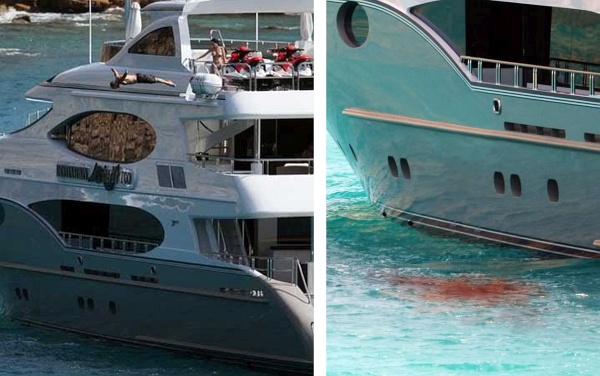 Both Lupita and Mira Nair are in Uganda right now, and will soon begin shooting Disney's Queen of Katwe which is about world champion prodigy chess player, Phiona Mutesi.

Danish Girl is set for a November, 2015 release. Having signed up for the role in 2013, it's an autobiographical movie about Eddie Redmayne impersonating female celebrities to hook up with male cebrities.

Thank you @ArianaGrande and thank you Miami. I missed the stage. See u soon ;)

Biebs appeared on stage for the first time in a while during Ariana Grande's Honeymoon Tour concert at Miami, Florida on March 28. They performed a few of Bieber's songs including "All That Matters" and "As Long As You Love Me" plus Ari's "Love Me Harder" together.

The two stars share a demographic so of course their fans went wild. Scooter Braun wins this round.

Asperger syndrome is no longer in the Diagnostic and Statistical Manual of Mental Disorders — the DSM kids are calling it an autism spectrum disorder these days — but it’s still all over our television screens. It seems like no TV show is complete anymore without a charming and/or abrasive weirdo who has issues with social cues, eye contact, and the occasional hallucination involving deer antlers. (Although maybe that last one is Hannibal-specific.)


When John Connor (Jason Clarke), leader of the human resistance, sends Sgt. Kyle Reese (Jai Courtney) back to 1984 to protect Sarah Connor (Emilia Clarke) and safeguard the future, an unexpected turn of events creates a fractured timeline.
Now, Sgt. Reese finds himself in a new and unfamiliar version of the past, where he is faced with unlikely allies, including the Guardian (Arnold Schwarzenegger), dangerous new enemies, and an unexpected new mission: To reset the future…
source

still excited.  Tho if the Matt Smith character rumors are true....then less excited.
but

Last night the boys performed as four in Johannesburg, South Africa. It was an emotional night.

“I won't lie to you. Tonight was a big deal for us, and what you've done tonight has meant so much to us. We love you." -Harry tonight.

Verdict: They don't need him 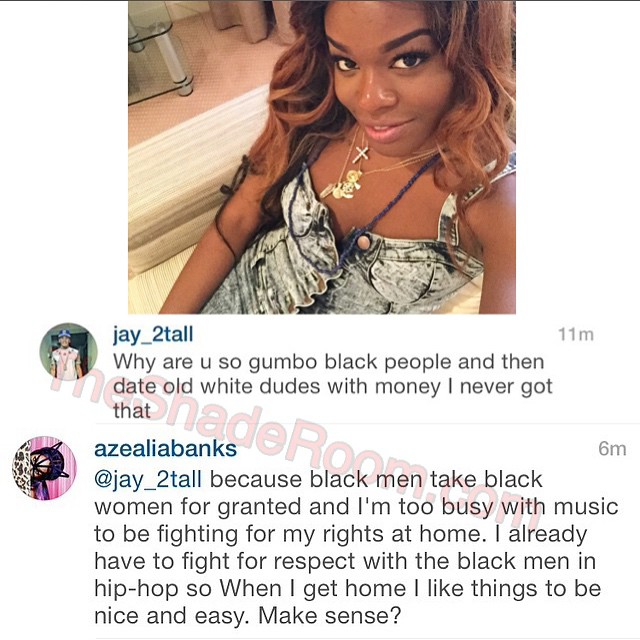 There are no deals in place for anybody yet but they're all being eyed to return. Because of Scorpion, Robert Patrick would only be able to appear in a limited capacity. William B. Davis said that he was approached recently and David revealed in a separate interview they're filming in Vancouver. Glen Morgan is reportedly set to serve as an executive producer with Chris Carter. The episodes will be a mixture of MoTW and standalone plotlines. 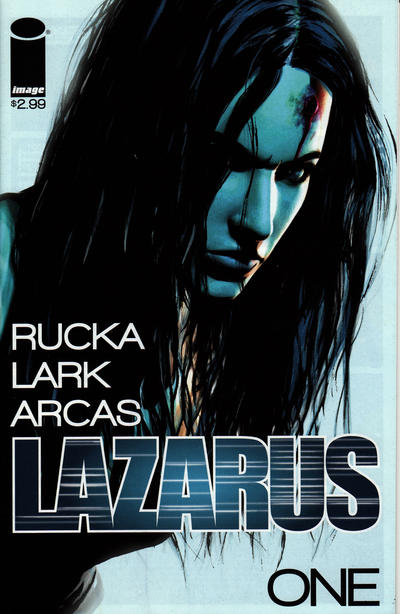 It was announced that Greg Rucka and Michael Lark’s comic series
Lazarus was being developed for television.


" Lazarus takes place in an eerily recognizable future where governments
have collapsed and the entire world is ruled by 16 wealthy families.
In this age of plutocratic feudalism, people are either employed by
one of the families or they are “waste,” who have no rights and no
place in the new world order. The series focuses on the Carlyle family,
who rule over the western half of what was once the United States,
and their genetically modified badass-of-all-trades, Forever.
As the family “Lazarus,” it’s her job to keep the Carlyles safe,
doing all of the dirty work while the rest of the family plots,
schemes and makes all kinds of enemies. "

Those who have already watched the movie say Tom Cruise and John Travolta will come off looking bad and could be in trouble with their career. The film's director, Alex Gibney is calling on the stars to come clean to David Miscavige's handing of the "religion."

"Going Clear" also claims that Travolta and Cruise are being blackmailed into staying in the cult religion. Their "auditing" sessions have revealed many personal secret gay sex stories that could harm their career stories.

Streaming links in the comments.

-Mariah is currently in St. Barts with her friend Brett Ratner!
-Both have denied any romantic relationship, but they have been spending a lot of time together recently
SOURCE
SOURCE 2
SOURCE 3

Today is also the 10th anniversary of the iconic 'We Belong Together'!


source, 2, 3
i'm gonna wait until i hear music to stan or not
if shannon punches aubrey in the head too...

GRRM has said that the show will kill off characters that haven't died in the book yet.

An anonyomous actor said this in a recent interview:

I thought this season I was going to have more to do, and I was really looking forward to that. And then I got my dates from my agent and I thought, ‘That doesn’t tally.’ Because there was no way if they were sticking to the books that I should be in for that number of weeks. It seemed to me they must be writing me out. The [showrunners] rang me and told me, ‘Your time is up in this series.’ I’m disappointed, but you have to accept that the demands of TV are different. I find myself being quite emotional about it. I’m going to miss it.
( Collapse ) 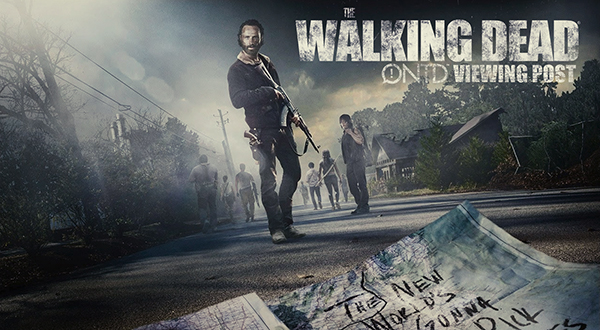 Saw 2 of my favorite actresses out at dinner last night in NYC looking VERY couple-y. If either 1 is reading this, pls invite me 2 wedding? 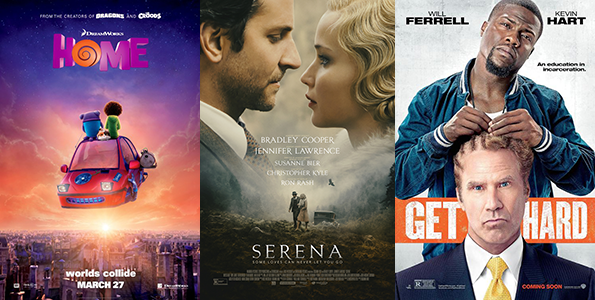 source: boxofficemojo, rottentomatoes
What did you watch this week ONTD?

Source: Me and the WWE Network

some insta vids in case youtube gets taken down...
( Collapse )

It's time again to make (arguably) the most important vote you'll ever make in your entire lives!!!!

In 16 hours, we'll all find out what Jay Z's new streaming service has to offer. Jay Z, Rihanna, Kanye West, Beyonce, Madonna, and others have changed their social media profile images to an ugly cyan color to drum up excitement for Tidal. What will happen in 16 hours? Will we be getting new albums from Rihanna and Kanye West? Will all of these artists pull their music from Spotify?

What if @TIDALHiFi premiered not one, not two, but *three* new albums this week? @S_C_ & @Beyonce's collabo set, @rihanna & @kanyewest?

Would you ditch Spotify for Tidal to listen to these artists?

WTF is this season?

Daphne & Celeste have released a new single today. "You And I Alone" is produced by Max Tundra and is the duo's first release since 2000. Daphne & Celeste are most known for their hit singles "U.G.L.Y." and "Ooh Stick You".

Listen to their new song "You And I Alone" after the cut:

That moment when you realised your maths lecturer is one of the top designer model 󾌯 #OnlyatUCL #UCLengineering...

SOURCE
ontd, do/did u have a hot math teacher?

also, some of you might recognize him from this video:

The new dinosaur looks dumb as hell but I'm still definitely ready for this.
Collapse