source
who else would risk almost getting choked out in those arms?

-Dude had an Instagram page for the baby and everything, posting cute pictures of him with the child.
-It hasn't been confirmed yet that Chris is the baby's father but the mother of the child is going around saying he is.
-She's a model from Houston and part of the Rap-A-Lot family [Spoiler (click to open)]A label Drake has very close ties to

SOURCE has pictures of the father and the baby/SOURCE/SOURCE 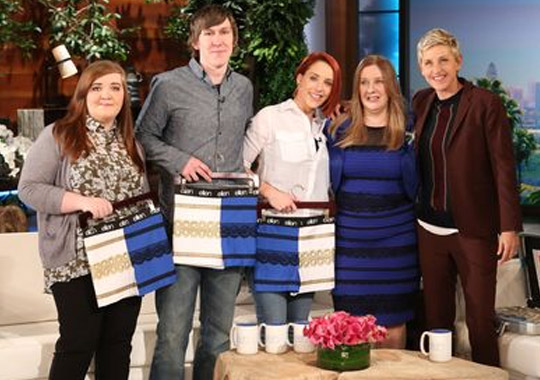 Ellen flew in dress owner Cecilia Bleasdale & her family from Lancashire & Scotland, & they were surprised with $10,000.

- The family says they were arguing for weeks, and it tore their small Scottish town apart - until Caitlin posted it on Tumblr because "sometimes Tumblr's good for that kind of science-y stuff."

- Ellen gives them special edition #TheDress underwear, a free vacation, and an additional $10,000 "to get their lives started together".

Src
lol well this is a direction for his english music i didn't expect... its so generic :(

Shania Twain announced this morning that she will head out on her FINAL tour starting in June and ending in August 2015. After the tour, her next album will be released. Tickets will go on pre-sale on March 10th and on sale for the public on March 13th.

Her Live DVD/CD, Still the One: Live in Vegas, is currently on sale at Wal-Mart. (It's fab)

I'm super excited about this. Come On Over was one of the first CDs I ever owned. I've been a huge fan of hers and she's on my list of singers/bands I want to see live before I die. I'm poor, but I'm fucking going.

Listen. One can only take so much. The best of luck to Chris and his family. No baby drama for me. 👶

For those who don't know, a woman is claiming that Chris Brown is the father of the 9 month old child.

Source
I hate to say we've heard it before but.....
Hoping for the 100th time that she's serious this time 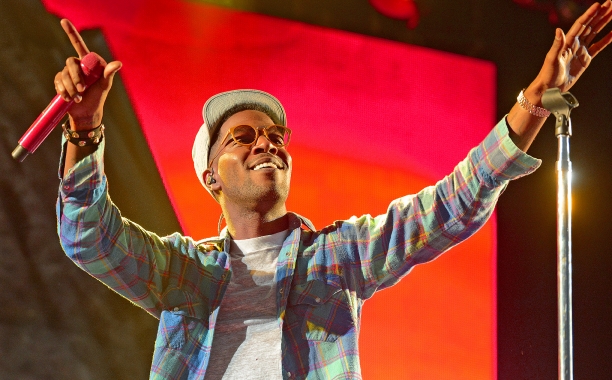 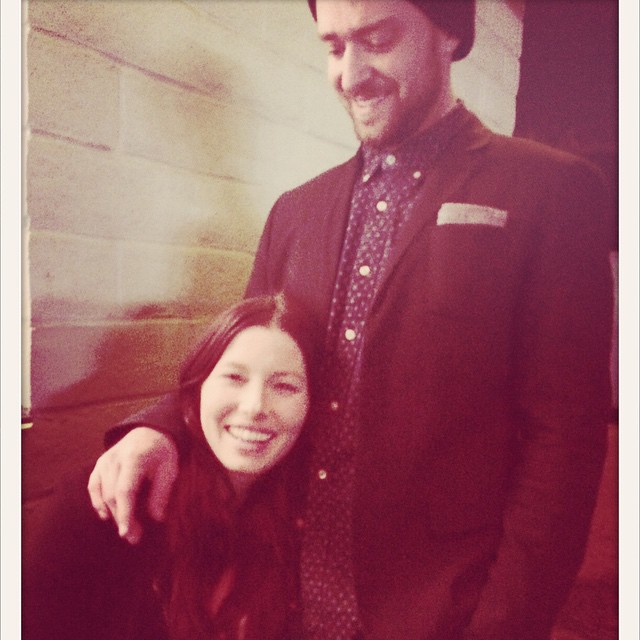 "Happy Bday to the sweetest, most GORGEOUS, goofiest, most BAD-ASS chick I know. You make me smile 'til it hurts. I love you like crazy! --Your Huz" 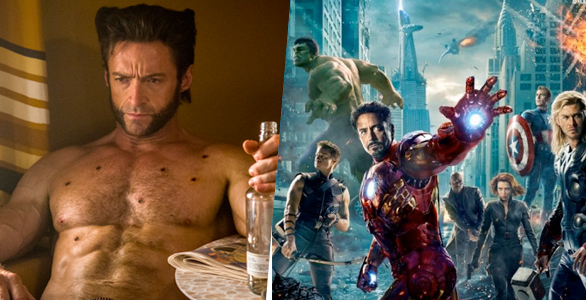 “I’m surprised by what’s happened with Spider-Man joining. You’re in a very complex world where big, big sums of money are being spent for different franchises and so getting them together is difficult. Two years ago I’d have said you’d be a real optimist to think it’d ever happen, but weirdly now I just think it maybe could. I think there is the possibility that it will happen.”

Would you watch an Avengers/X-Men crossover? 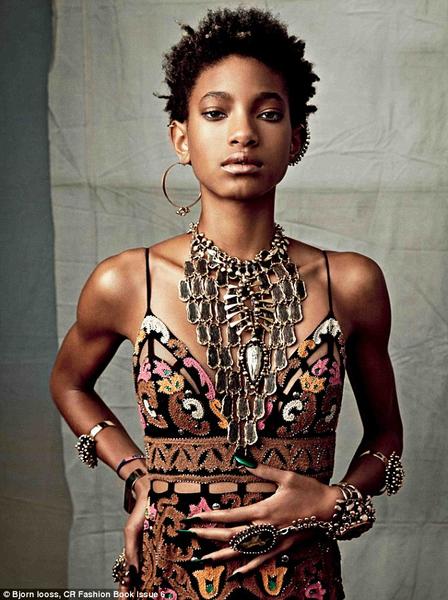 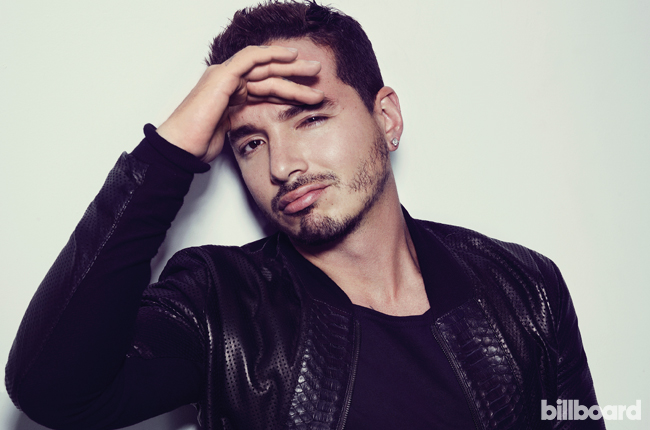 J Balvin along with acts like Plan B, Farruko, Maluma, Prince Royce and Daddy Yankee will be performing at DJ Alex Sensation's La Mega Mezcla Live on April 14 at Madison Square Garden. Sensation launched the show in 2011 and expanded it to Miami. The Miami show will be on April 10 with a different lineup.

FKA twigs and Robert Pattinson took a cue from pretty much every Disney star 💍: http://t.co/oW1Drqgcxh pic.twitter.com/WMLpLJAUbU 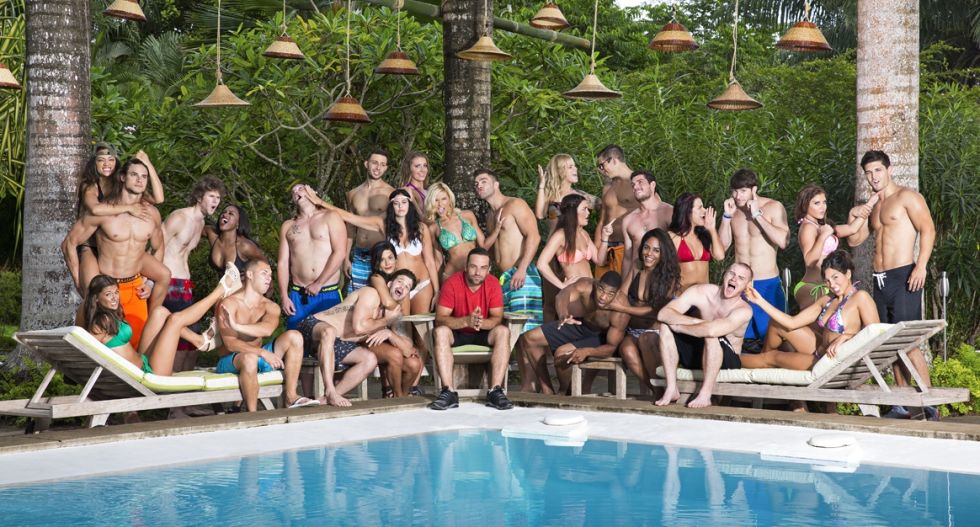 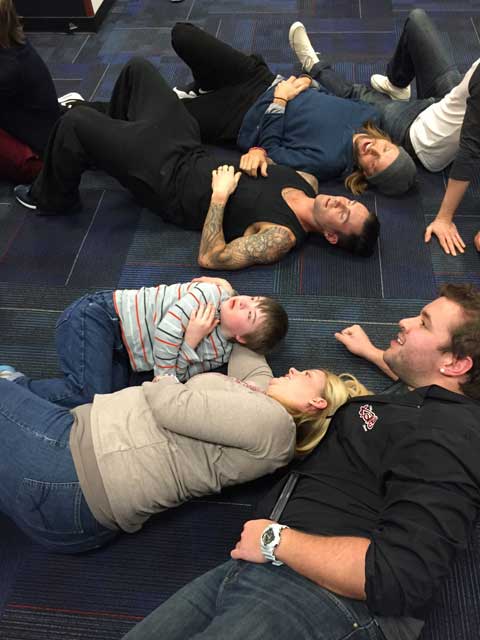 Adam Levine's band has truly captured Christopher's heart, but on this night, he was sure to capture theirs. Christopher met his idols backstage before the show, and to say he could hardly wait would be a huge understatement.

When Christopher finally met the band backstage, he was really excited! Actually, a little TOO excited. He had a bit of a panic attack. But Maroon 5 took it in stride, so the whole band, his mother and Intern John of The Kane Show all laid down with Christopher for this heartwarming picture!

More cute pictures at the Source

There are two sides to this story and ONE MONTH until our journey continues. #Outlander #4Droughtlander. pic.twitter.com/LxTz6ummQO 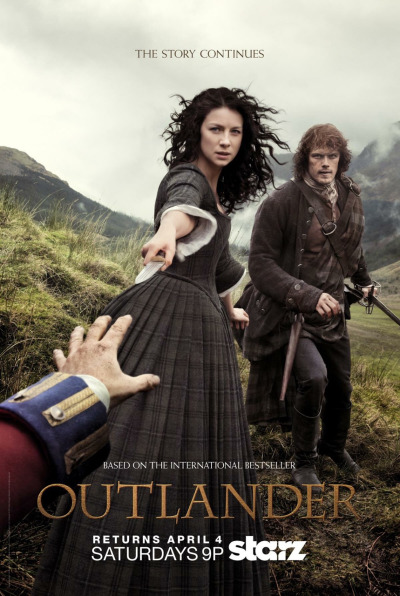 
I like that Claire is a Queen even in the poster and God bless Sam's hair.

Why every shot on 'House of Cards' looks the same: http://t.co/10HMYeEZm6 via @Slate


Video highlights the color and cinematography in House of Cards, and how it focuses so much on blue and yellow.

I just always think things like this are fun. 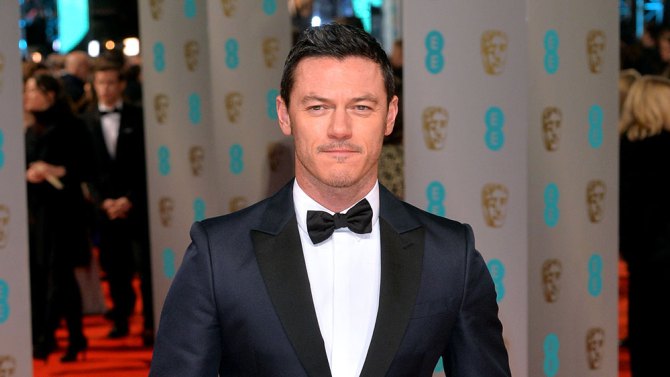 Luke Evans is currently in negotiations to play everyone's fav Disney villain, Gaston, opposite Emma Watson in the Disney live action Beauty and the Beast film.

Production begins later this year, although there is no release date set.

ONTD, who do you want to play the Beast? (I'm hoping Aaron Tveit)
What about Lumiere, Cogsworth, Mrs. Potts? 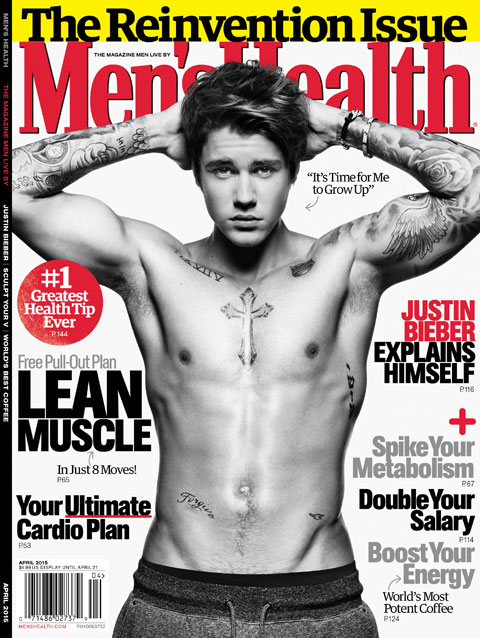 “It’s good to really take a step back and be appreciative and understand that life brought me to an incredible place.”—Justin Bieber, April 2015 Men's Health cover guy

between this and champagne flabby no thx. our male pop stars need to beef up.

He was best known for TV roles on "Seinfeld" and "Malcolm in the Middle," and movie roles in "Broken Arrow," "Super Troopers" and "O Brother, Where Art Thou."

In February 2012, von Bargen suffered a self-inflicted gunshot wound prior to surgery to have toes removed due to diabetic complications.

In an act that Broncos fans honestly aren't worthy of, Peyton Manning allegedly agreed to a $4 million pay cut to return to Denver next season. Manning's gracious move will help the Broncos keep stellar free agents like Julius Thomas.

besides ^^^^ what's your fav songs on Piece by Piece?
Bad Reputation is my pussy poppin jam
Invinceble
Take You High
Someone
Second Wind

-chrysler is making multicultural ads
-there will 4 other spots
-the ad features a boy to be from gael's past. gael realizes that the boy has mistaken him for his neighbor. the boy, paquito is to "leave ordinary behind and go somewhere new." 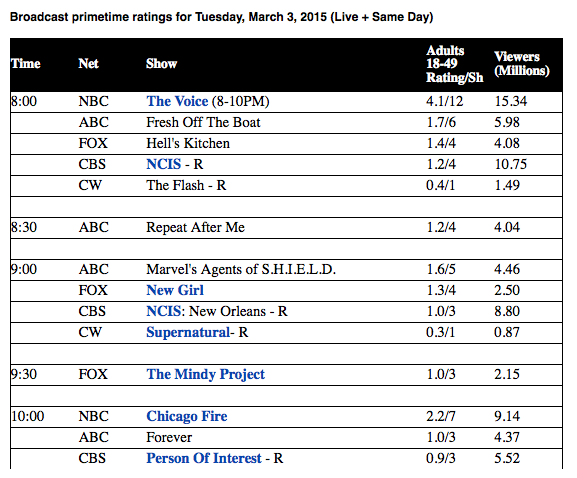 Over the weekend, rumors were started listing the idea of the original cast of the hit show.
With Mo'Nique bringing attention to the fact she was supposed to play the role of Cookie.

- she's the female lead of the show "quantico", as an agent. co-star is some dude named jake mclaughlin.
- the show premise is about fbi recruits training at said quantico
- she has a bad past on the show apparently or something. 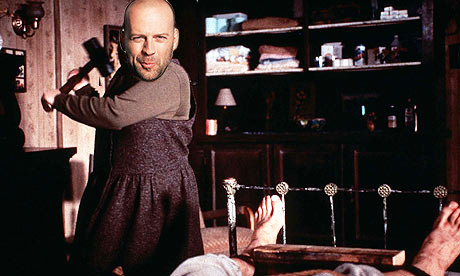 MISERY is headed to Broadway! Warner Bros. Theatrical Ventures announced today that a new stage adaptation of Stephen King's acclaimed novel Misery will be headed to Broadway in the fall of 2015. The two leads of the upcoming play have already been announced as Bruce Willis (Paul) and Elizabeth Marvel (Annie).

The play is being written by William Goldman, who wrote the screenplay for the film adaptation of Misery.

Mark Kaufman, the producer of the upcoming show, made this statement about the production:

"...MISERY is an outstanding psychological thriller and we have been working closely with William Goldman and Will Frears to develop this play for Broadway. Bruce Willis, who is making his Broadway debut, and Elizabeth Marvel are two great actors who are absolutely perfect to play these characters. I expect this production will be a suspenseful and exciting night of theatre on Broadway."

The show is currently planned as a "strictly limited engagement" for the fall of 2015.

[source: information and quote from Broadwayworld, text is my own]

The fight that Bravo has been teasing us with finally happened last night. For those who haven't seen it here it is.

For a longer, less HQ vid that involves the discussion prior to the actual fight then Stoopid Housewives has that one. Let's be honest, this post is just an excuse to talk about last night's episode, but if you want a full recap Reality Tea has a nice snarky one for all to enjoy.

So ONTD, would you pull a Kyle or choke a bitch ala Ms. Rinna?

FYI - The Revenant starring Leonardo DiCaprio will be released on December 25, 2015
Source 1

Dan Stevens (Cousin Matthew in 'Downton Abbey') is set to play the Beast/Prince in Disney's live action version of Beauty and the Beast, with Emma Watson as Belle, Luke Evans as Gaston, and rumoured Emma Thompson as Mrs. Potts.

Do you prefer DC or Marvel, ONTD? 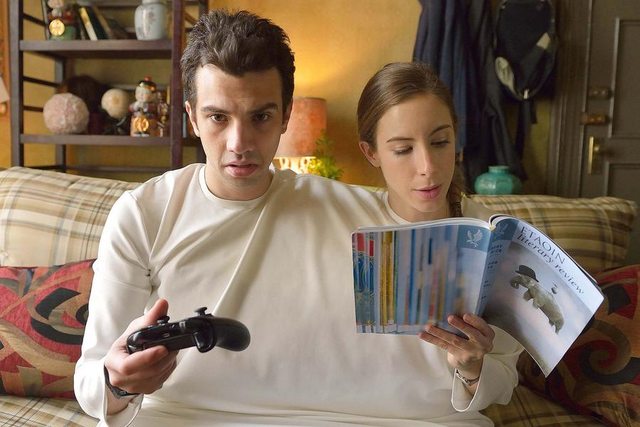 The network renewed the freshman comedy for a 10-episode second season on Tuesday,Deadline reports.

yesssss
More at the source 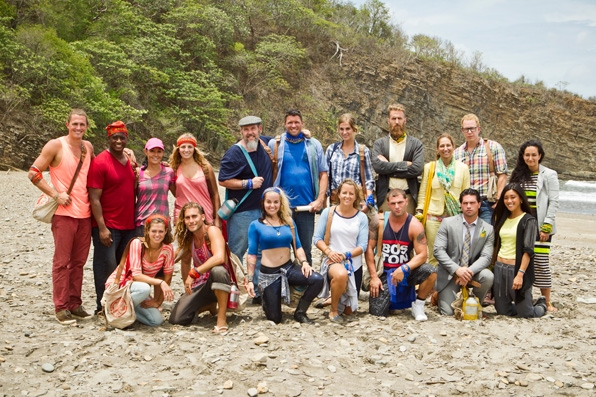 Get to know them: The women of #EmpireFOX are taking over primetime television http://t.co/txFav2cMQR

timbaland's new protégé, 19 y.o. from chicago. i'm not here for the slut shaming but she can def spit 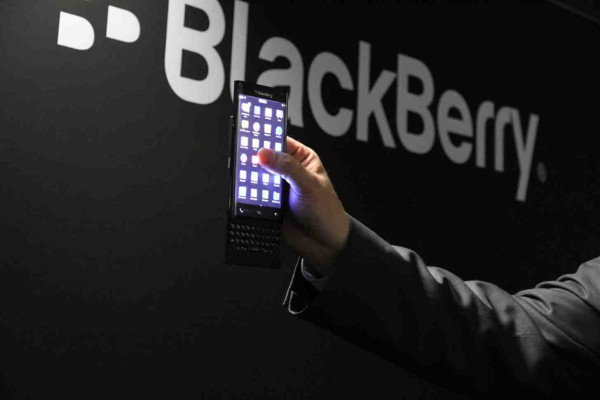 -BlackBerry plans to strengthen their partnership with Samsung. All talks of a buyout are said to be untrue
-Will launch a cloud version of the BES12 technology that will manage mobile devices running iOS, Android, BlackBerry and Windows operating systems
-Introduced a "budget" all touch phone called "Leap" that is going to be released in Europe this April for roughly $275
-Plans to release another Porsche edition BB and another keyboard phone later in the year
-BlackBerry Classic will be released in 3 new colors following very positive sales results: white in March with bronze and blue coming in April
-They are open to releasing another tablet as well
-John Chen (CEO) does not plan to discontinue BlackBerry's mobile devices, but plans to expand their service sector to include all major operating systems
-The company's financial stability is looking up


Who is excited to see that slider??

mods, he needs his own tag now that the colbert report is over imo

Missing the days when pop girls danced thorough the whole song? Back in the day everybody was doing choreographies, even the boybands.
Let me remind you with this cute little list.

Queen of dance - Janet Jackson
If you’re a fan of Ciara, Mya, Beyonce and Gaga, then you’re indirectly a fan of Janet Jackson.
She can move like a B-boy then soften her step and twist her body like a belly dancer. Even her brother Michael Jackson was eager to compete with Janet Jackson at the peak of her career, and admitted that her routines were a source of inspiration for his work.
( Collapse )
src 1 2 3 4 5 6 7
mods, i added 18 gifs and text so hopefully it's not low effor post anymore 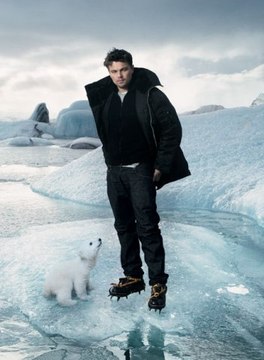 ''I would go to these conventions, and you’d have these little kids — ‘Man, I don’t care what’s going on, you’re awesome!’ And then you’d have guys my age, or a bit older be like, ‘Uuuhhhhhhh.’ And then you’d have women, they were like, ‘You’d better not be!’ To tell you the truth, if that’s the story they gave me, I’d rock that story. I’m not afraid.''

Co-star Steven Yeun who plays Glenn on the show told O’Brien last year that he’d be down for a Glenn/Daryl romance. 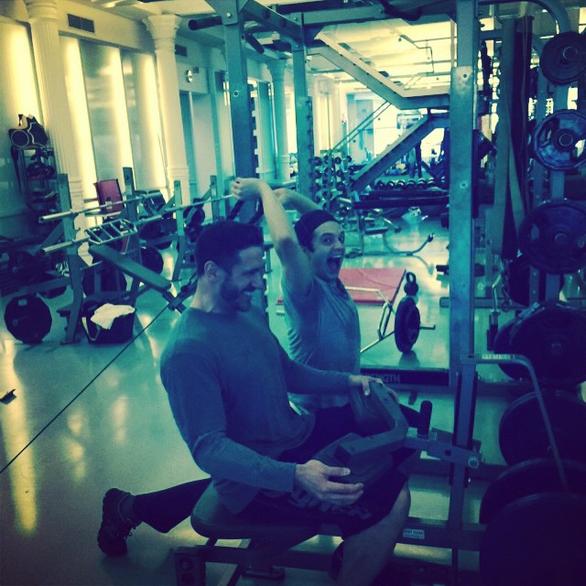 @imsebastianstan photo bombing me at the end of our workout with @justintuppernyc. Someone finally made me laugh during my set. 😂😂😂😂👍💪 @drive495 #donsaladino #calfs #training #workout #photobomb #welcomebackseb

Who is your Marvelbae, ONTD?

A really fascinating read on the background of the Beanie Baby market bubble & the cultural phenomenon that surrounded it. Just kidding, she says she was ~totally sober~ in this pic she recently uploaded to twitter. She claims she just posted this to prove that she didn't have a breast lift. Um, ok sis...do you.

are you an attention whore, ontd? if not, what are some of your crazy, drunken stories?

Have you ever sang in an elevator with your little brothers ONTD?
Collapse