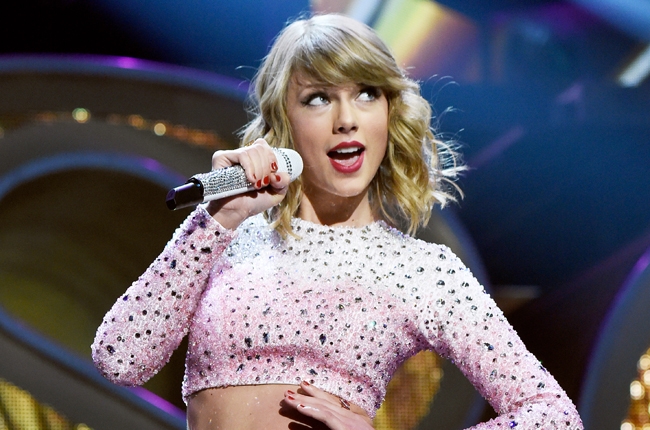 Taylor Swift and her legal team are coming for her fans! Taylor Swift-related items on Esty have been hit with alleged trademark violations and they have been forced to remove their items from store. Buzzfeed contacted a seller who spoke about the legal action Taylor & her team brought against him/her:

"We originally made the item for fun, we love Taylor and we had friends that love Taylor. We never intended for it to be a profit making item. The cost of the item covered shipping costs, and production costs with very little left over. When we got the e-mail that the trademark infringement occurred, we were pretty shocked because while our item was popular we didn’t feel as if it had become popular enough to cause harm to Taylor Swift’s empire. We were shocked. And we were scared. We didn’t even make enough money for a lawyer and this had seemed like such a harmless and fun idea." 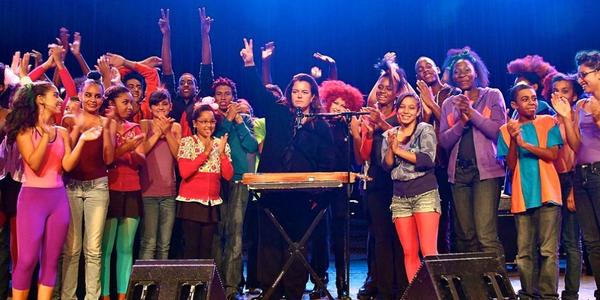 it all started when native activist lauren chief elk found out eve ensler was going to be on the view and tweeted this to rosie:

Eve Ensler will be on @TheView today. Can @rosieperezbklyn & @Rosie please ask detail ?s about why people are still mass boycotting OBR/VDay

also what happened to the ask ro tag

Here's the trailer for 'Iron Sky: The Coming Race'.

The FX don't look bad... which is kind of surprising considering how shitty the plot is. Bonus for female president tho. 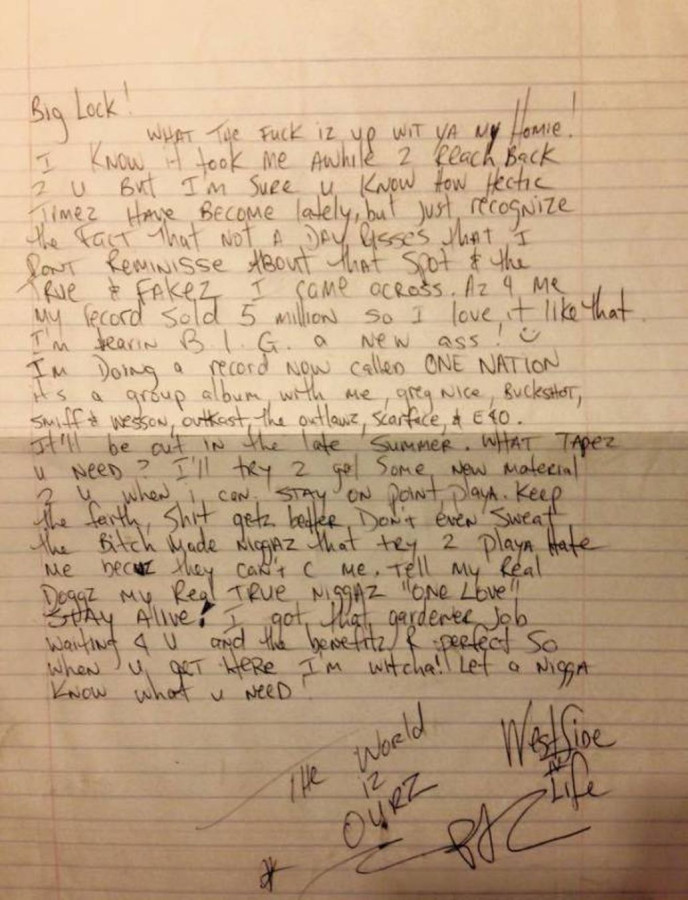 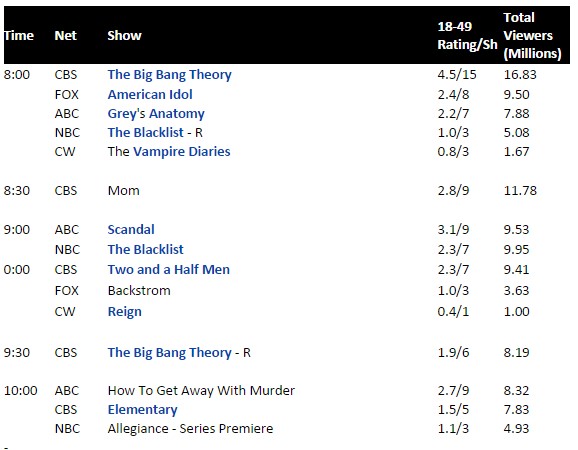 Crystal, Morena, Taylor, Sarah Greene, Rebecca Rittenhouse, and Jessica De Gouw are all testing for the female lead role in Deadpool, opposite Ryan Reynolds. The movie's release date is set for February 2016.

I totally am w/ Erlich on his first point. I ask my husband this every time he showers 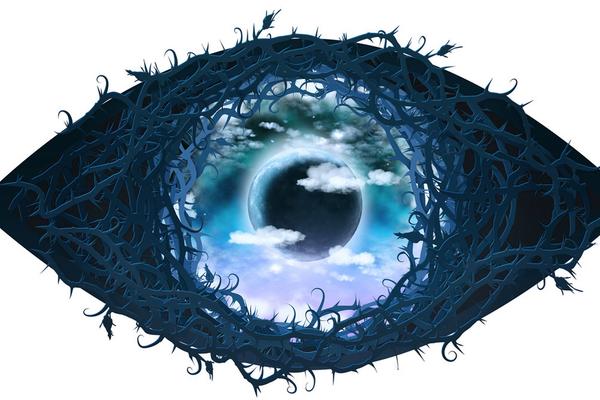 Source: My eyes, that still can't believe it tbh

The village of Pagford is left in shock when a local resident dies suddenly. Pagford is seemingly an English idyll, but what lies behind the pretty facade is a community at war. The empty seat left on the parish council soon becomes the catalyst for the biggest battle the village has yet seen. Episode 1 will premiere on 15 February (BBC One) and 29 April (HBO).

My black female audacity says I can date a white man and also tell him that he is cracker spawn and should be ashamed of himself.

But no shade ... Brothers are really just not that into me... They mostly think I'm too mouthy. 😳

Have you ever been in an interracial relationship, ONTD? 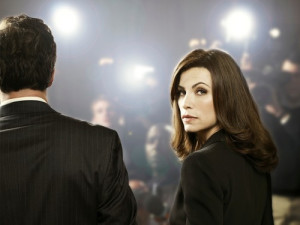 When Julianna Margulies won her Lead Actress Emmy last year she said, “What a wonderful time for women on television.” She wasn’t wrong then and isn’t wrong now. While there are TV women who make audience roll their eyes and there are TV shows who treat their female characters like props more than people, there is a growing sense that the most competitive category at the upcoming 67th Primetime Emmy Awards will be Lead Actress in a Drama and for good reason. The women of TV are talented, daring and plentiful if you know where to look. Last years nominations were jam packed with talent and the situation has only gotten better. This year there will be more deserving nominees snubbed than will be nominated. And, we’re only halfway through the 2014-2015 TV season. 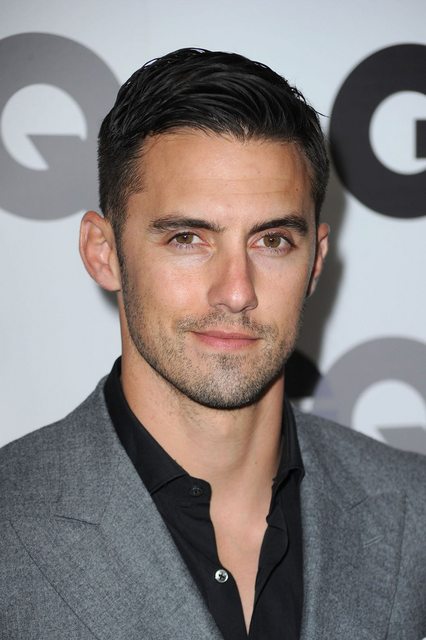 It might not have Batman just yet, but Gotham is about to find itself home to a former hero — or, at least, a former member of the Heroes cast.

Milo Ventimiglia has booked a recurring role on the Fox freshman drama. Ventimiglia will play Jason Lennon, aka “the Ogre,” beginning in episode 19 of the Fox hit’s freshman season.

Handsome, wealthy and seductive, the Ogre is a serial killer who has been preying on the young women of Gotham for nearly a decade, luring them into his web and confronting them with a series of “tests” as he searches for his perfect mate. When the women fail to live up to his impossible standard, Lennon disposes of them quickly and viciously.

His obsessions, combined with the determination of Jim Gordon (Ben McKenzie) to bring him down, send both Gordon and Lennon — as well as those around them — on a course toward tragedy.

The Transition of Bruce Jenner: A Shock to Some, Visible to All http://t.co/ZiMHG3wzbq

It is no secret that Mr. Jenner has been having plastic surgery procedures for many years. Kardashian followers and consumers of celebrity news have been monitoring other changes for months: his sudden hot-pink manicure, his increasingly long and bouncy hair, his new makeup regimen, his altered physique that already includes, possibly, breasts.

For some reason, the paper of record decided to join the tabloids and speculate on Bruce Jenner's sexuality gender identity.* All the news that's fit to print, huh?

Act 15 was very good imo. Very well-written act, and with fewer animation goofs than usual (Mercury looked hilarious in the last scene though). What did you think of act 15, ONTD?

-The show will be more about family and will not be a dating type show
-New York will also appear on Botched. She had a breast reduction and nose job
-It will be filmed in LA

are you excited for New York's return ontd? I can't wait!

"I'm not a big comic book fan, but I know that I love to deconstruct heroes, deconstruct myths. I probably would want to do some kind of origin story, where you get to the core of it, before they get the powers. I don't know about Marvel, but I know I love to tell all kinds of stories, so I don't say no to anything; everything's possible."

SOURCE
if only we were worthy, what movie would you want her to direct?

A Playboy spokesman reveals, "The badass rapper from Harlem is ready to show the world what else she's got - literally - in a frisky Playboy pictorial that's sure to break the Internet."

ONTD, are you ready to see Azealia in all her glory? 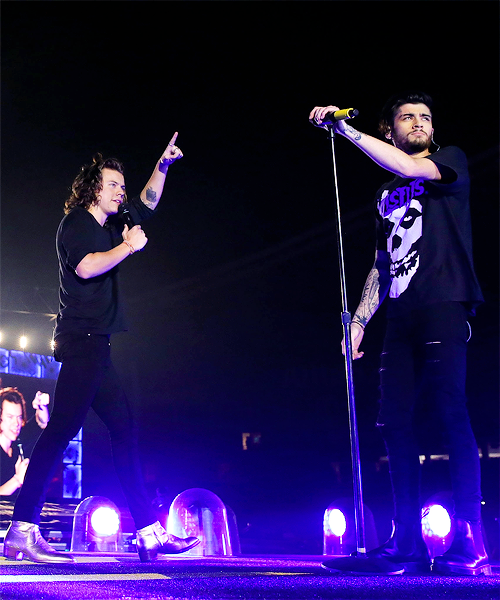 What are they doing with the setlist???? Mess. RIP ss, 18 and change your ticket. At least they all looked alive on stage last night. Idk if we'll be able to say the same in a month. 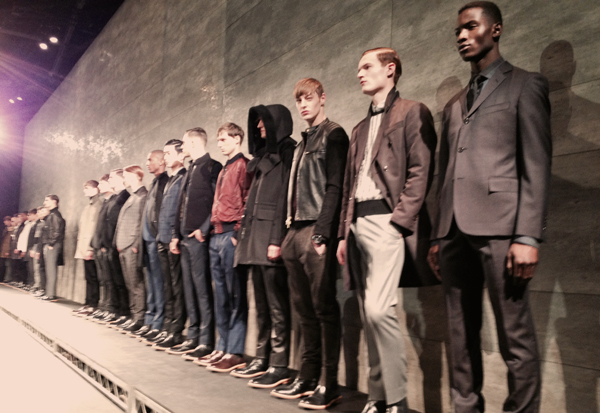 The Council of Fashion Designers of America (CFDA) has confirmed a New York Fashion Week: Men's in July. Will be sponsored by Amazon Fashion, East Dane and MyHabit. The Men's fashion week will feature Collections for Spring 2016, starting July 13 through July 16, 2015 at Skylight Clarkson Sq.

"There are many reasons the CFDA is launching New York Fashion Week: Men's. It gives the designers a business platform to show during their market dates and is an opportunity to demonstrate the collective talent of an important segment of our industry," CFDA CEO Steven Kolb said in an announcement. 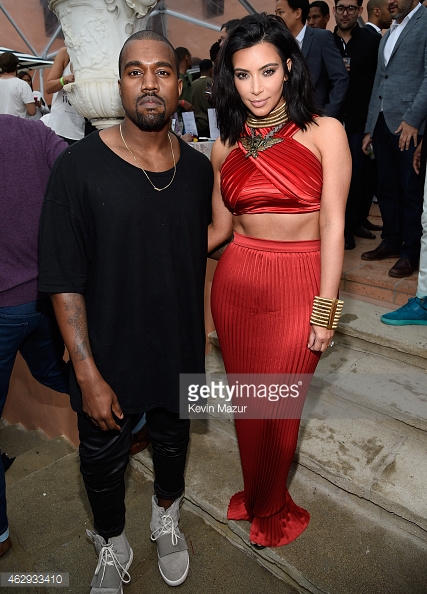 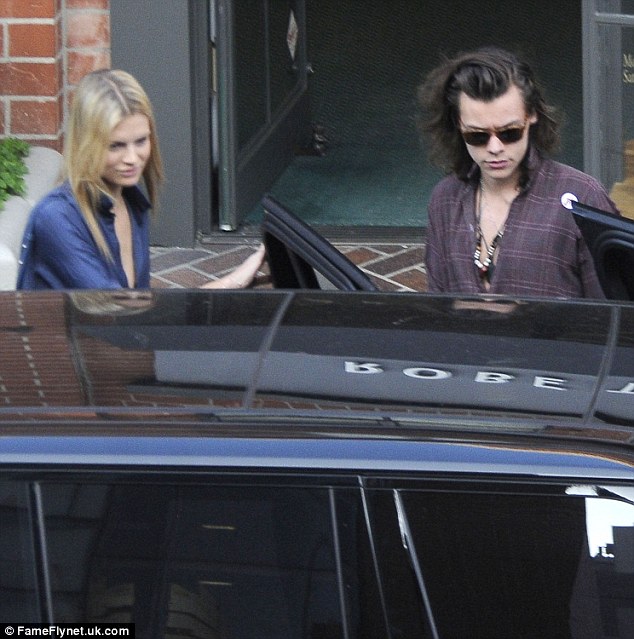 Harry will celebrate his 21st birthday with Austrian model Nadine on February 1st.

A source told The Sun: 'Everyone's teasing him, saying he's in love, and he's not denying it. It's the real deal. He's never felt this way about anyone before.

'Harry has spent virtually all his free time in Los Angeles with Nadine. They're infatuated with each other and can't stand being apart. There's nobody else he'd rather be with on his birthday.' 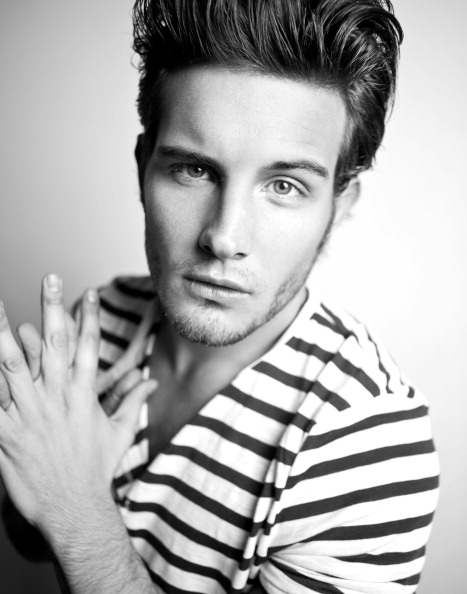 Read original at the source

Will you be watching Mamma Dallas, ONTD? 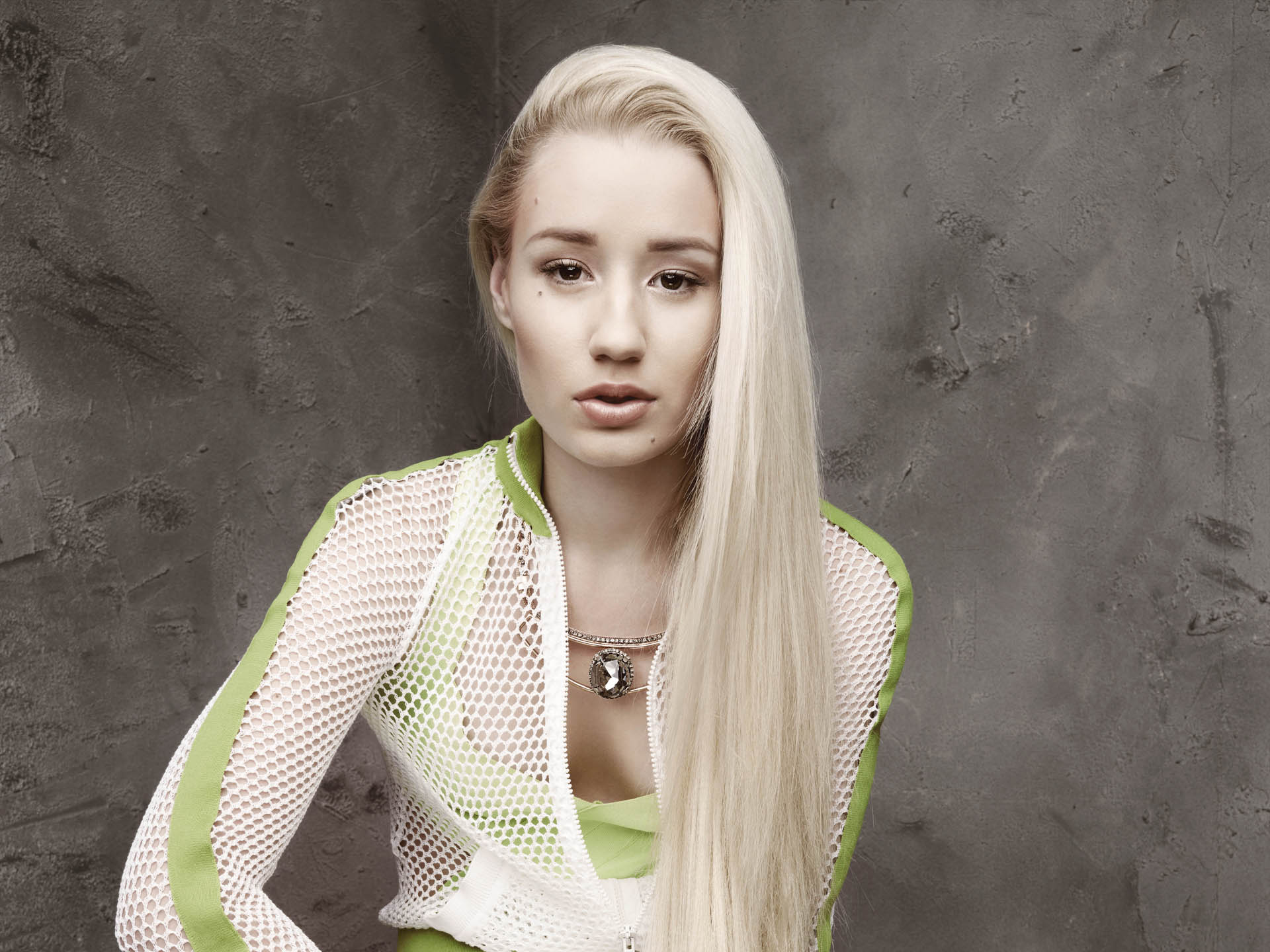 Iggy Azalea is Not Worried About Grammy Backlash!
'I think backlash comes no matter what skin color you are,' Iggy tells MTV News.

Iggy already knows that some people will not be thrilled if she wins the Grammy award for "Best Rap Album". Iggy is prepping for the GRAMMY awards tomorrow by attending the annual Clive Davis party tonight in LA! When MTV News caught up with her and asked if she's ready to deal with the backlash (following Macklemore's wins last year) here's what she had to say...

She told MTV News "I think backlash comes no matter what skin color you are”.

Bruce Jenner could become attracted to men after a powerful element of his transition to woman takes hold http://t.co/AfHTI1shBt


Trusted but banned source TMZ has spent several days surveying medical experts, who tell us Bruce is in the middle of Cross-sex Hormone Therapy, which involves heavy doses of estrogen.

The estrogen drives down levels of testosterone and the brain "feminizes" -- in the vernacular, he begins to "think like a woman."

Basically, the medical experts think it's very likely Bruce will become attracted to males because of the pills he is assumed to be taking to complete his transition.

More than 30 years after Tobe Hooper's Poltergeist frightened audiences, Director Gil Kenan conjures up a reboot that is expected to live up to the legacy of the original.

The film will star Rosemarie DeWitt and Sam Rockwell as parents who seek the help of a clairvoyant and paranormal researcher played by Jared Harris. Harris takes over the iconic role as the "cleaner" played by Zelda Rubinstein in the original. The film also stars Jane Adams.

"Unlike the traditional horror film, I wanted to put together a cast to give weight and reality to these characters. It's the way to anchor the family," says Kenan. "It's such an emotional story at the core. Parents fighting to get their child back from the beyond."

Kenan says that although the original film gave subtle references to the idea that television culture is getting out of control, this idea will be featured more in his 2015 version because of smart phones and tablets. 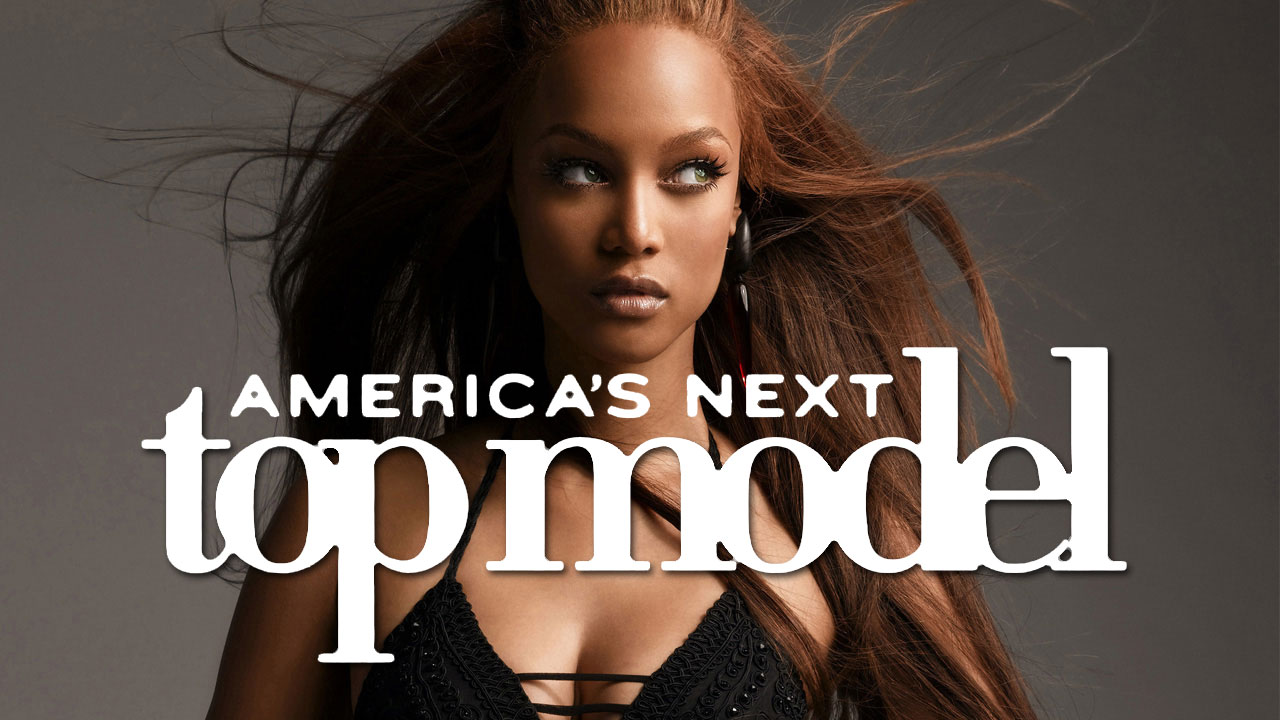 So this list is basically something that came out of boredom after marathoning America's Next Top Model during a blizzard. The show is a hot mess now and has been for a while but there was a time when it was genuinely entertaining and a lot of people can rattle off a few of their favorite contestants. So I decided to come up with a ranking of the winners from all 21 cycles. This ranking was not done by personal preference and instead done using math (assigning points to call out order, challenge wins, etc.) because sometimes math is fun and at the very least it is objective. 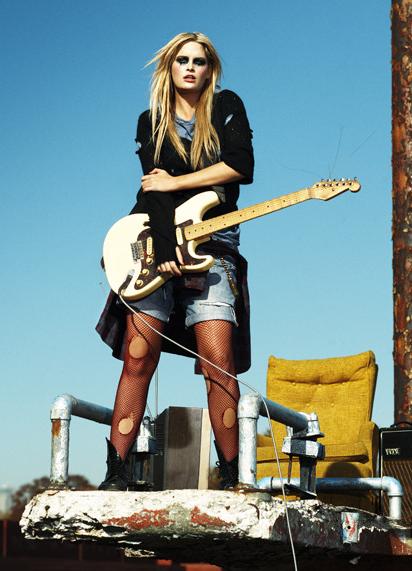 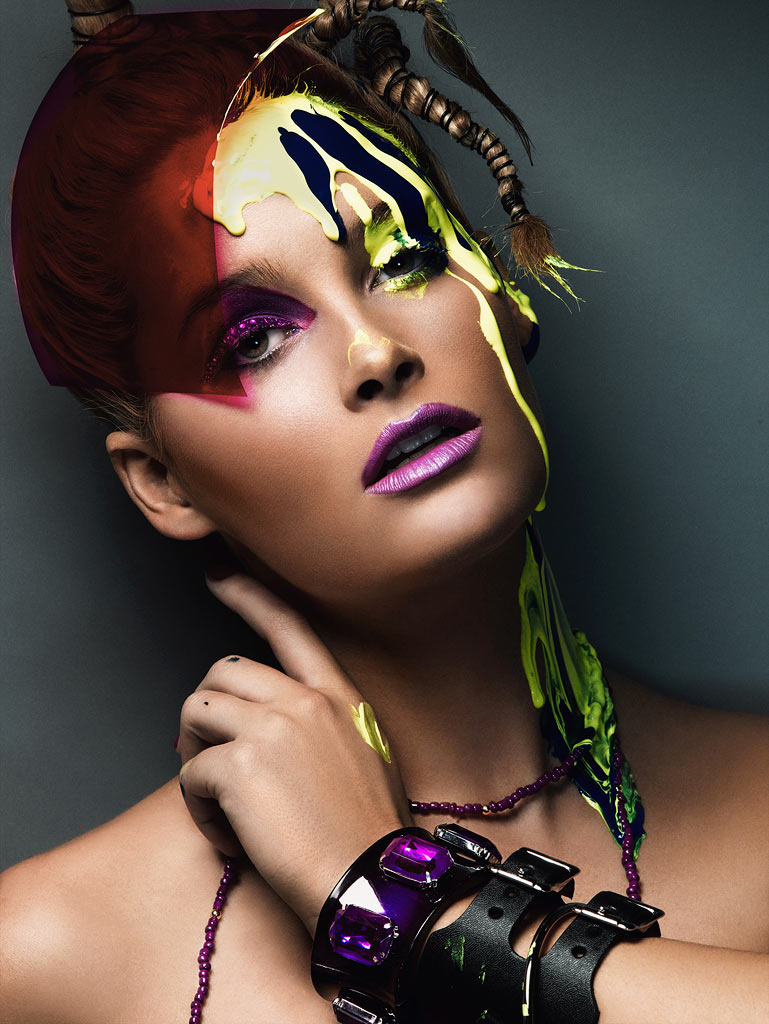 Age (at win): 20
Height: 5'10"
From: Atlantic Beach, FL
International Destination: Rome, Italy
Point Total (based on call-outs/challenges): 54
When you ask most ANTM viewers who the worst winner of all time is the two most common answers you'll get are either Saleisha or Whitney. Well, it looks like half of them are right. Whitney's win was pretty ridiculous and obvious all at the same time. Even before hearing the gossip about show producers approaching Whitney (who had previously not been a plus-sized model) to gain weight to be on the show people had been calling for a plus-sized winner for years. On top of that this cycle was just a few after Tyra's whole "KISS MY FAT ASS" ordeal. What makes this win shitty is not only that their have been better plus size models in the series but this cycle produced some amazing contestants including arguably the most successful ANTM alum Fatima Siad. Anyway Whitney came up with the lowest score by a longshot. To point out how much of a joke her win is, Cycle 10 runner up Anya Kopp's score was so high that it actually would have made her #5 on this list if she was a winner (Anya also never appeared in the bottom two). That's right, Whitney's runner up performed better than 16 cycle winners. Anyway since her time on Top Model Whitney has modeled for Fashion Bug (which I think has since gone out of business), Torrid and Jacksonville Magazine. She attempted to launch a line of candles that I'm pretty sure no one bought and also recently decided to open a restaurant despite having no experience in the field whatsoever which I'm sure will end well for her.

Source: Me, Excel and Wikipedia