Despite the fact that quality boy bands are a dying breed, we will always have fond memories of smooth talkers that dominated the charts & our hearts. The following had a way of gripping our emotions and emptying wallets. I now present my list of the best boybands/male group (?) ballads from the 90s

(in no specific order)


I'm not an english major.... share your favourite songs!

The first video was posted here so I thought maybe people wanted to see the second part :)

Who does Kim look up to when making her fashion choices for big events but also for her everyday style? 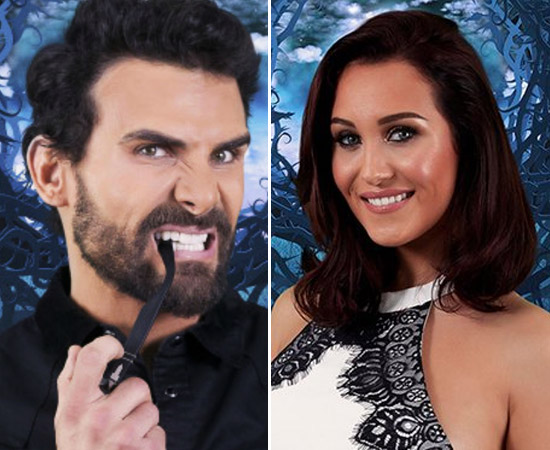 The Baywatch star has officially been kicked out of the house, in "uncomfortable" scenes to air today.

- Channel 5 has officially confirmed Jeremy's ejection.
- Multiple sources have alleged it is due to Jeremy groping Chloe Goodman, which might escalate into a legal matter.
- Channel 5 posted a video of a sobbing Chloe on their Facebook page to promote the episode.
- Channel 5 will show the "shocking" scenes, but will move the show from 9 to 10 PM due to "inappropriate" content.
- The episode is being promoted as "an explosive event and a dramatic exit".
- Jeremy's rep replied, "no comment".


Full Article at the Source & S2 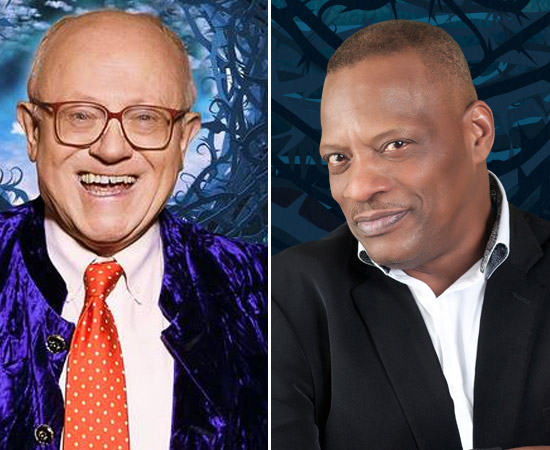 Ken Morley was given a warning after using racist slurs - during a controversial episode that also included Jeremy Jackson's sexual assault of Chloe Goodman.

- Ken Morley repeatedly uses the words "negro" and "pickaninny". (Video at the source)
- Alexander O'Neal responds, "Ken, don't use negro. Just use black."
- Ken says he feels "negro" is "just as offensive" as the word "black".
- Ken defends himself, saying "negro" is "black" in Spanish.
- Ken asks Alexander if he knows the word "pickaninny".
- Social media exploded, with people wondering why he was not immediately evicted, & merely warned.

- Ken also engages in misogynistic, uncomfortable sexual talk in relation to the women of the house during the episode. 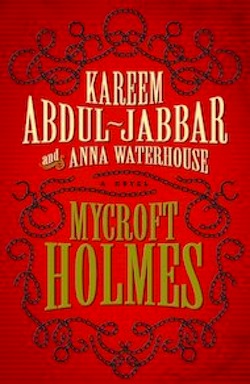 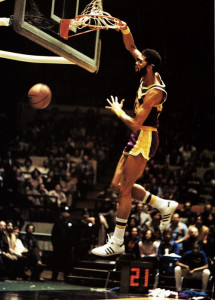 Abdul-Jabbar, who has previously written an acclaimed autobiography and a series of children’s books, has co-written the novel with screenwriter and producer Anna Waterhouse. Mycroft Holmes will be released by Titan Books this fall!

Cick the source to find out more about the book!

Which classic character of fiction would y'all write about, ONTD? 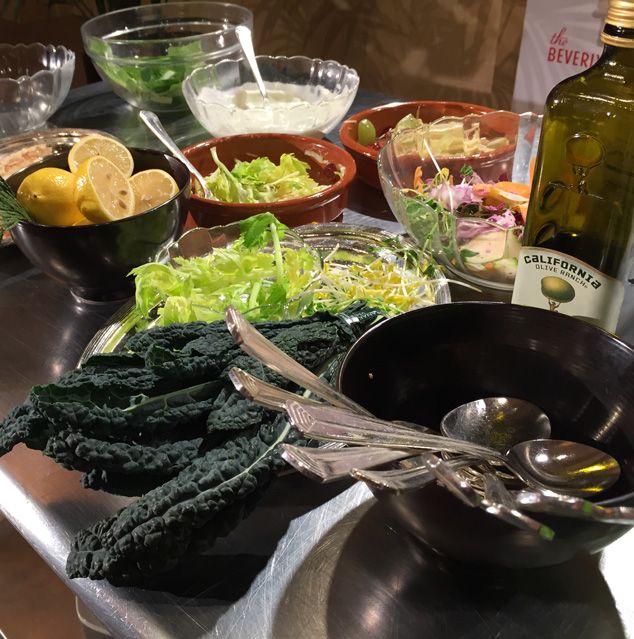 On Sunday night future Golden Globes winners, losers, and their guests will be feasting on "the abundance of fresh produce that grows on farms in California."

“@goldenglobes: Hey @rickygervais Would you present at this Sunday's #GoldenGlobes?” < Love to. Can I get drunk and say what I want again? 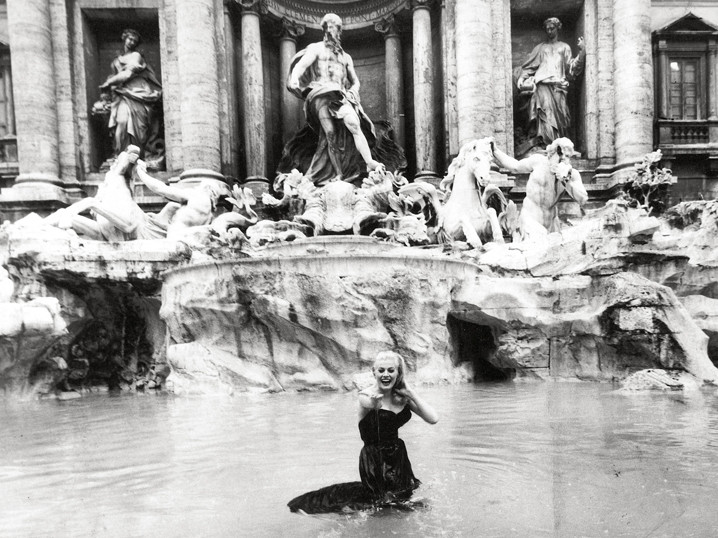 • She died on 11 january at 10:00 am at a clinic in Rome
• She was born in Malmö on september 29 1931 and won Miss Sweden in 1950
• She was most famous as Sylvia in "La Dolce Vita" by Federico Fellini, and for the scene of her in the Trevi Fountain with Marcello Mastroianni

From Rob Thomas and DC Comics, iZombie is coming to The CW Tuesday, March 17!

Beyonce posted a picture on Instagram of her buried in the sand with Blue Ivy. Now, it may be a coincidence, but something is looking a little different with Bey's stomach.

ONTD, do you think this is Bey's 2015 pregnancy reveal? 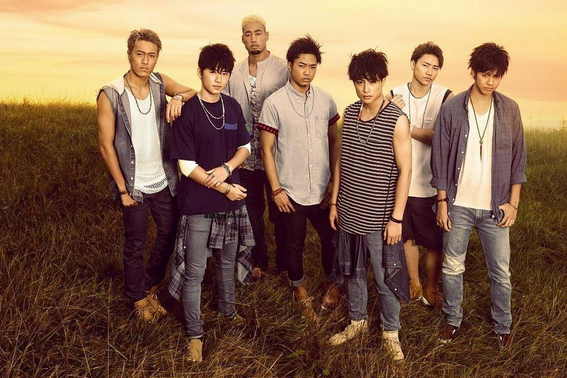 Through Twitter, will. i.am tweeted at CL, “We need to collaborate with you on the new [Black Eyed Peas] release.”

Known for his fondness of CL and her rapping skills, will.i.am has already collaborated with her in the past on his song “Gettin’ Dumb.”

This marks another sign of the pop market’s growing interest in CL, who has already revealed she will be debuting in the United States soon. US music channel VH1 even announced her as one of the “15 Female Rappers to Watch in 2015” on January 7.

This was recently conducted, and no one cared.

Feeling 22 ooo hoo ! Ha thanks for the love x

Kim Kardashian -- Ray J is Back ... And He's Moving Next Door! http://t.co/soPJqwPBvh

just kidding. let's instead discuss these kimye divorce rumours that have been flying since thanksgiving. do you think a kim kardashian divorce is an annual 4 year event? what shall we call this divorce scandal? who should kim marry next?

"Younger" starring Hilary Duff, Sutton Foster, Debi Mazar, and Miriam Shor will premeiere on Tuesday, March 31st at 10 pm on TV Land. It is created by "Sex and the City" creator Darren Star. 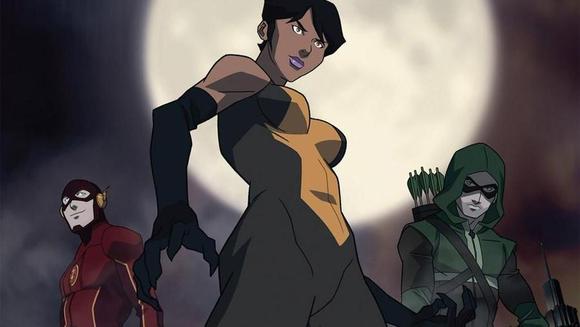 -"The story centers on Mari Jiwe McCabe, an African-born orphan whose mystical Tantu totem that gives her the abilities of one animal at a time."
-Will take place in the same universe as The Arrow/Flash with both of them making appearances on this show.
-Will premiere Fall 2015 on the CW Seed (their online series website)

SOURCE
I love Vixen so I'm definitely here for this, hopefully the CW treats this show better than Cartoon Network does with their DC animated series (still bitter over Young Justice).

According to the ever reliable In Touch magazine, Jason Trawick, Spears' ex fiance, ex conservator, and current agent is looking to rekindle his romance with Britney Spears. The source goes on to say that Jason wants Britney back even though she's currently dating some other guy her dad picked out for her and that her father, Jamie Spears does not trust Trawick and wants her to settle down with her current guy.


Britney Spears' Hold It Against Me single turns 4 years old!

Paraphrased by moi from
jason trawick story source
hold it against me source
video source https://www.youtube.com/watch?v=-Edv8Onsrgg


Bonus: The Lions reach out to the Cowboys following the ~controversial~ call reversal

NFL POST? Who are you rooting for as we reach the championship game? My icon says it all for me.
source, source, source

What faves are you excited to see tonight ontd?
View image | gettyimages.com

EDIT: So apparently this post is now too large to edit which I guess is a thing. So put pictures in the comments if you can! 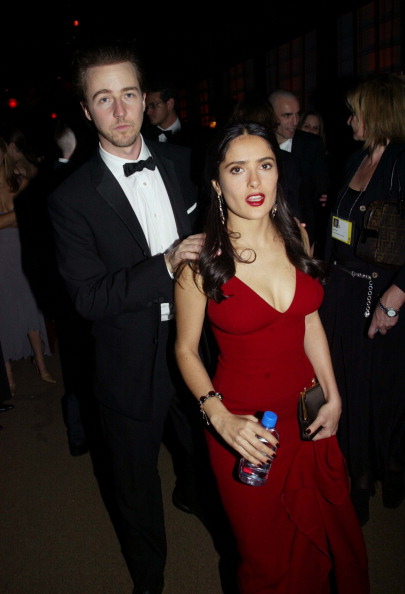 *posting that shitty video because I'm tipsy and found it hilarious

Gerophile chanteuse aka Courtney Stodden has a 2015 calendar that was announced a couple of months ago but no one cares anymore, where she displays her vast collection of ill fitting Yandy.com sale costumes and even pays tribute to Tony Bennet's backup singer on the November picture because this natural beauty was #BornThisWay 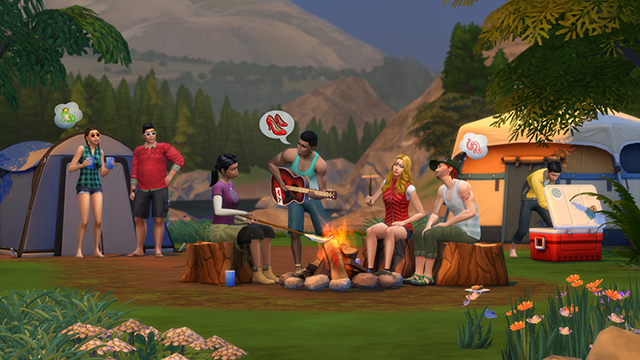 The first game pack is to be called The Sims 4: Outdoor Retreat and will cost $20. It's focused around camping.

Game Packs in The Sims 4 will have LOTS of new features, new gameplay, new clothing, new objects -- for the same price as a TS3 Stuff Pack.

To compare, TS3/TS2 Stuff Packs just had objects and clothing with zero new gameplay. How cool is that? I'm so excited. 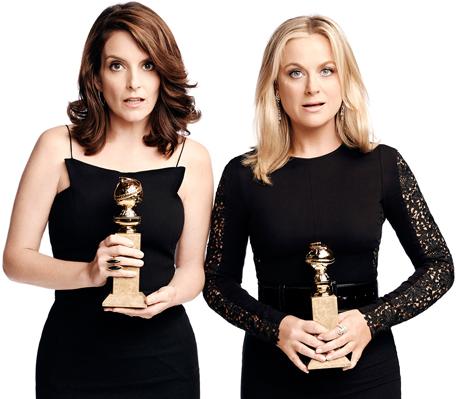 It's the viewing post for the 72nd Golden Globes!

The show is currently airing on NBC.


For quick screencaps and gifs refer to Tumblr!

I hope you guys aren't all nostalgia-d out. As days pass and our youth turns to dust, we look back on the old days to remind of easier times. “Music these days is so bad” we rant while conveniently forgetting the musical mishaps of our time. Don't fret, I've got you covered.

(in no particular order)
( Collapse )

This list was hard to come up with. Music is subjective so obviously we won't all agree on what a "bad" song is. Play nice guys :)

Peyton Manning won't be getting the chance to avenge last year's Super Bowl debacle. Instead, his future is up in the air after his latest postseason flameout in the Denver Broncos' 24-13 loss to the Indianapolis Colts.

In one of the biggest duds of his storied career, Manning went 26-of-46 (56%) for 211 yards - his fourth-lowest playoff total - with one touchdown, but also had 20 incompletions as his postseason record as a Bronco dropped to 2-3.

this was after the interview about them almost dating

Interviewer: "Well the cool thing about you and the rest of the cast is that you seem game to talk about these issues and be mouthpieces for what the show is trying to say. Not every actor is comfortable to take on that role. Was there ever a hesitance on your part to step up and talk about these things that are hot-button and “important” issues?

I want to sit on Murray Barlett's face after tonight's ep tbh.

It's the viewing post for the 72nd Golden Globes!

The show is currently airing on NBC.

Best Performance by an Actress in a Television Series, Drama
Claire Danes, Homeland
Viola Davis, How to Get Away with Murder
Julianna Margulies, The Good Wife
Ruth Wilson, The Affair
Robin Wright, House of Cards


For quick screencaps and gifs refer to Tumblr!

I need the Crazy in love remix in my life, right now

Giuliana Rancic had absolutely no chill when she talked to Amal and George Clooney on the red carpet at the Golden Globes Sunday night. After the giddy television personality failed to get Mr. Clooney to take a celebratory shot of his tequila, Casamigos, Rancic embarrassed herself (and all of us, really) by taking a shot alone while the glamorous Clooneys quietly judged her.

While Rancic was acting thirsty on the red carpet, she was being thin-shamed online by British tabloids and the Twitter community. All in all, not the best night for Ms. Rancic :/


Do you think the Clooneys could have played along more or did you enjoy watching a starstruck Rancic make a fool of herself?

SOURCE 1
SOURCE 2
(Summarized by me.)


The song is now on iTunes

have you ever prank-called your ex?

aka an excuse to talk about red carpet fashion 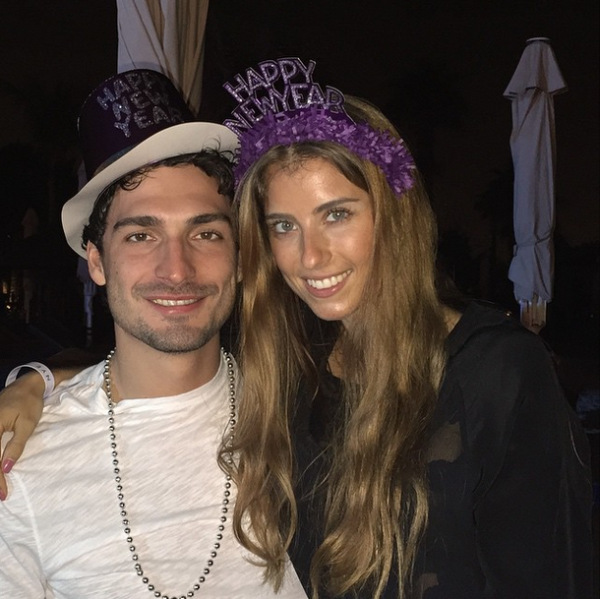 German newspaper Bild announced on Sunday that World Cup winner Mats Hummels has gotten engaged to his long term girlfriend Cathy Fischer, and that their special day is set for the end of the season in the summer.

Hummels is said to have proposed to Fischer over New Year’s in Dubai, while the couple have been together for seven and a half years.