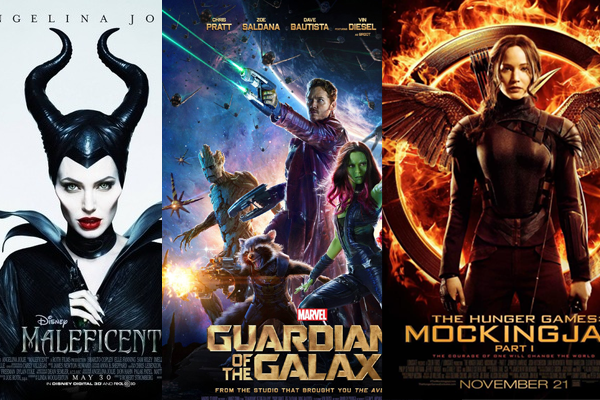 a) Guardians of the Galaxy
b) Maleficent
c) The Hunger Games: Mockingjay Part 1
d)  Interstellar
e) Captain America: The Winter Soldier
f) The Amazing Spider-Man 2
g) Dawn of the Planet of the Apes
h) Transformers: Age of Extinction
i) How to Train Your Dragon 2

For further information, read more at the SOURCE

Julia and husband Brad Hall were spotted on Maui on December 21, 2014.

Kesha -- Dr. Luke Says She Lied to Save Her Ass Over Sandy Hook http://t.co/DyziE7G7aM

hope y'all had a good christmas ontd! mine was perfect. i went to a party at a rich dudes house.rar. whats with this wordpress.com layout? is there a space shuttle we can put that dinosaur.mp3 dr luke on to send him far away from here? is kesha a blind.mp3 liar? are we just hungover.rar her?

“Exodus: Gods and Kings” has been banned from movie theaters in Egypt due to “historical inaccuracies.”

BBC reports that the Middle Eastern country’s censorship board made the decision because the biblical adaptation depicts Jews as having built the pyramids, and because the board disagrees with the assertion that Moses — played by Christian Bale in the Ridley Scott film — parted the Red Sea. It was an earthquake, not a miracle, apparently.

Dustin Diamond, a.k.a. #Screech from “Saved by the Bell,” arrested in Wisconsin. http://t.co/I78BYZHEJP

- got arrested in wisconsin
- was carrying a switch blade
- bail is at $1k and he's been charged with recklessly endangering safety and a concealed weapon's chrage
- his mugshot is.... pathetic.
- ty to HHHStephFan: dustin and his wife picked a fight with a couple who was taking a picture of them from afar when shit went down and dustin pulled a knife
- tmz says he stabbed a man.

Visiting a children's hospital in Louisville, KY on Christmas Eve 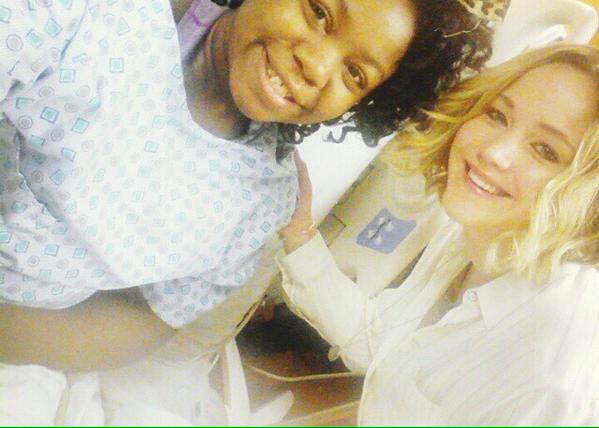 Jennifer Lawrence is closing out 2014 as the highest-grossing actor in Hollywood: http://t.co/uIFD4xSFnd pic.twitter.com/e5W13YXFHb 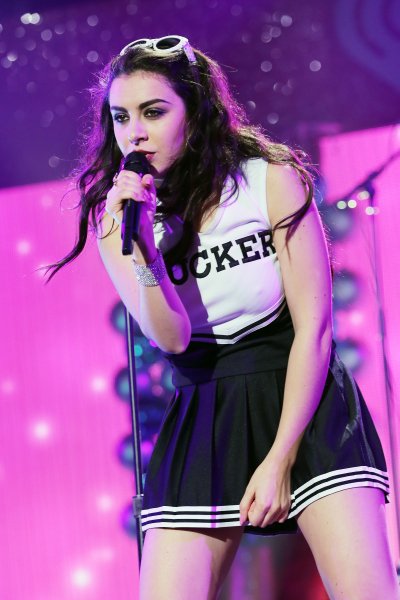 A promotional tour has taken Charli XCX from one American coastline to another following the release of her much anticipated debut album. Taking to the stage on Tuesday evening, the Cambridge born singer was in a provocative mood at Amalie Arena in Tampa – where Floridian fans were treated to a raunchy display.

Charli, 22, was fulfilling her commitments on the Jingle Ball tour – a festive roadshow that also includes Ariana Grande, Iggy Azalea and Jessie J amongst its star performers. Working her way through a string of high-energy tracks, the British singer was hard to miss in a striking cheerleader costume emblazoned with the word SUCKER – the title of her newly released album.

As fans looked on Charli spun around, lifting the hemline of her short skirt and revealing her G-string clad behind for a fleeting second while powering through a lively set.

I'm kinda starting to enjoy the title song on Sucker which prolly means I'm not in a good place in my life hah. 'Doin It' and 'Need Ur Luv' (why the awful spelling?) aren't bad either. 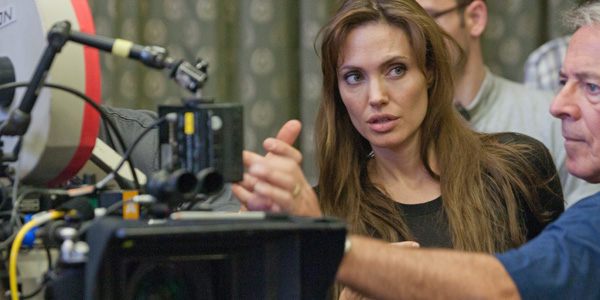 Queen Angelina's new film, Unbroken, is the top film of the Christmas box office, beating both besting Disney’s Into the Woods ($15.084 million) as well as the final installment of Peter Jackson’s The Hobbit ($13.14 million).

Unbroken opened with a stunning $15.59 million on its first day, including $850,000 in Wednesday previews. That’s the third-biggest Christmas Day debut ever, behind Les Miserables ($18m), and Sherlock Holmes ($24m) and just ahead of Django Unchained ($15m) and Marley and Me ($14.8m). It’s the fifth-biggest Christmas Day gross ever.

The box office triumph must be doubly sweet for Jolie, after the hopeful Oscar contender was overlooked by both the Golden Globes and SAG Awards. While she waits for the Oscar nominations to be announced, Jolie has nominations for best picture, director, adapted screenplay and cinematography from the Critics’ Choice Awards to keep her warm at night.

ontd did yall go to the movies yesterday? what did you see?

a year ago we were a few weeks away from his arrest! 2014 killed this bitch off career wise, how far into 2015 before he goes to rehab then disappears completely?

1. Nominees must be celebrity or fictional couples that are or were together in 2014, as in they started dating/hooking up this year, and it doesn't matter if they are or were just PR [obviously in the case of the celebrity couples], or if they just hooked-up once in real life or in the show/movie they're from.

2. You nominate a couple by commenting with their names in the subject line and posting a photo/gif in the comment section as evidence.

4. To vote for a couple already nominated, simply comment with a +1.

5. Make sure you don’t nominate a couple that has been nominated already. Second nominations will be disqualified and deleted.

6. If the couples didn't start dating/hooking up in 2014 the nomination doesn't count. This is a “the best of 2014” post after all. We don't care about couples that started dating 10 years ago, tbh.

7. Nominating/Voting will be all day today until tomorrow at noon CST, and tomorrow and Sunday I will count the votes to post the results on Monday; I will post a top 5 of celebrity couples and one of fictional couples.

On Racism and Exposure

It's hard to relate to things you can't relate to. [I]f you don’t live around Black folks and you just watch tv, you’re going to be racist. I’d be racist! It’s a mathematical equation. The media and a fake ass history system that makes you believe that White people created any of this makes you think that Black people ain’t worth a damn. Of course, that’s the way the algorithm works.

No longer a teacher, still dedicated to educating. Bless.

More at the SOURCE and VIDEO. 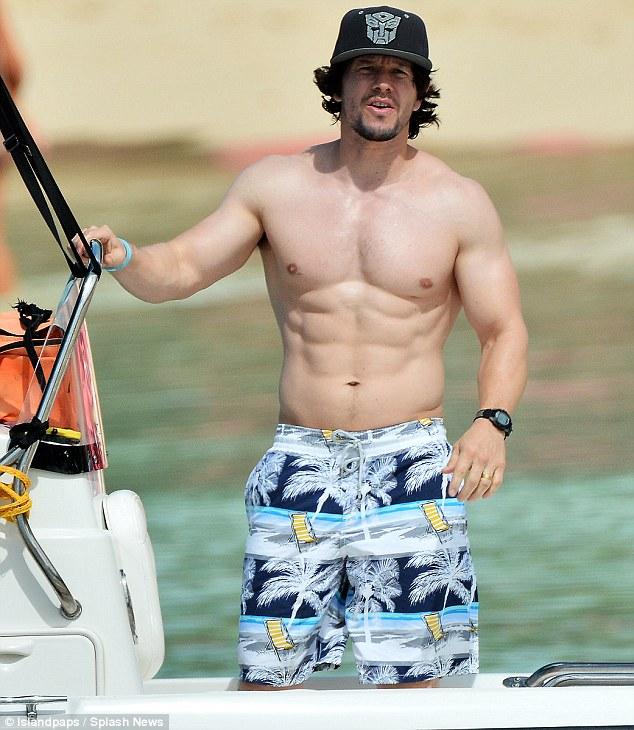 Have a wonderful weekend ONTD!

what are some of your favorite bloopers of 2014?

Remember how Dina Lohan had been filming for Millionaire Matchmaker? She must not have met her match, as she spent Christmas Eve tweeting Anthony Bourdain to let him know she had sole custody of all four of her children and asked Andy Cohen if he could help facilitate a meeting between her and the celebrity chef.


No word yet from Anthony Bourdain, who is married to an MMA fighter, or Andy Cohen on if Dina's flirting was successful.

"I guess it's because guys who rape a lot aren't cool," filmmaker Judd Apatow responded to a follower asking him why he had an "obsession" with trying to get Bill Cosby's remaining tourdates cancelled.

so @Centre_Square - are you really going to let Bill Cosby perform on your stage January 7?

You too @BudGardens Jan 8? Is Cosby only popular in Ontario Canada at this point? Do people still find him delightful after 30 accusers?

“@woofmachine: @JuddApatow @Centre_Square innocent until Proven”. He should speak publicly about how false this all is. 30 alibis.

“@mikeandrewb: @JuddApatow @Centre_Square and ur obsession is because...?” I guess it's because guys who rape a lot aren't cool. 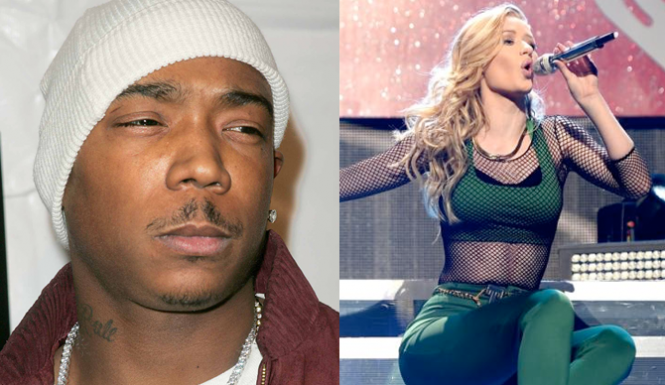 Ja Rule is out of hiding, y'all! Dave Chapelle doesn't have to ask "Where's Ja?!" anymore, when it comes to his opinions on Iggy Australia. The "What's Love" featured rapper recently spoke out about Iggy Azalea's undeserved success and questionable Grammy nominations. He told The BoomBox...
( Collapse )

Source: The Boombox. Summarized by moi. 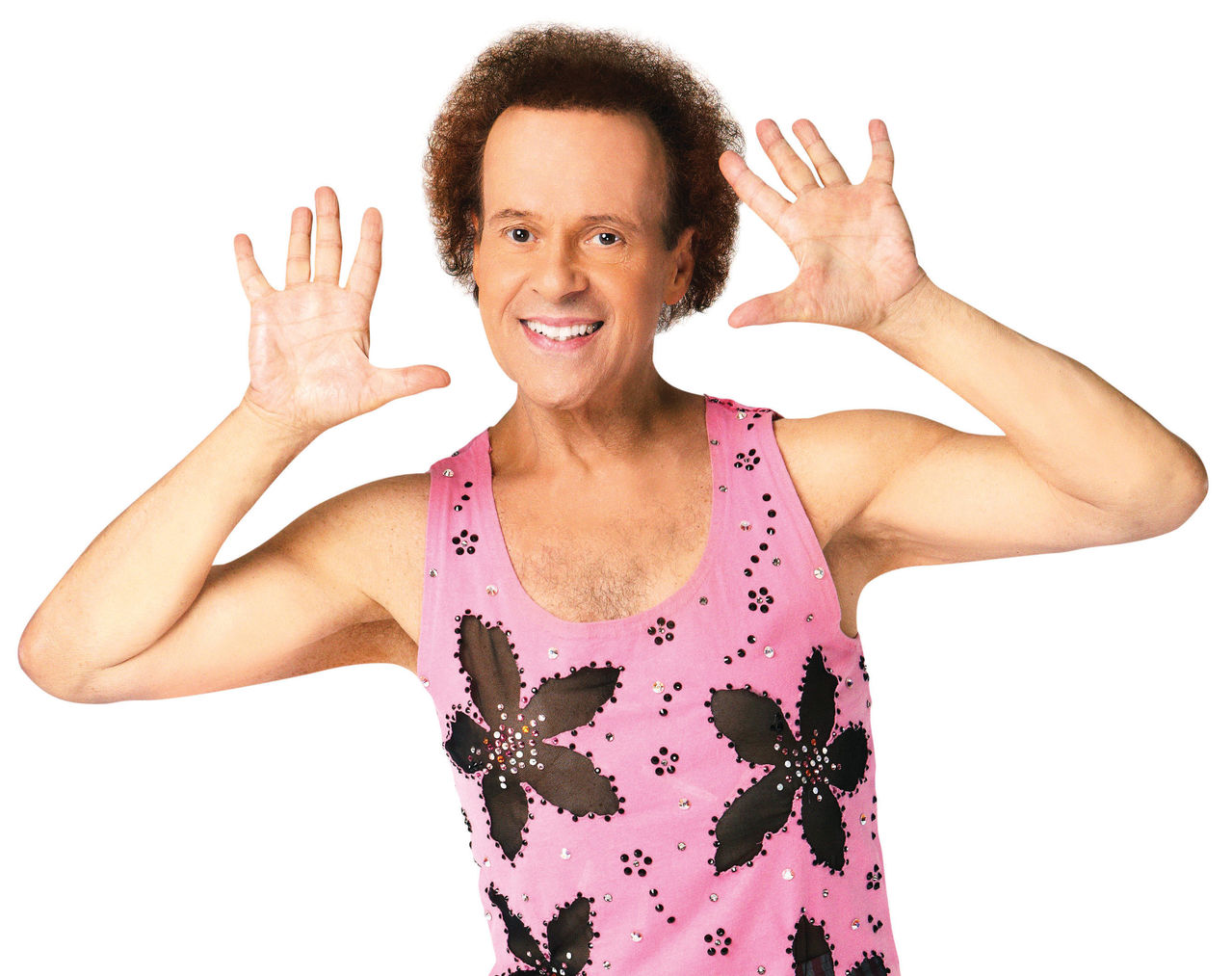 Where in the world is Richard Simmons? That's what everyone is asking these days. The beloved television health instructor has been silent--he hasstopped attending charity events, has not been to his studio in Beverly Hills in months, and now even his gated home looks to have been abandoned. The home, normally decorated for the holidays, appears to be abandoned and friends are speculating that Richard has fallen into a deep depression and may be rendered immobile. Others fear Richard has died. What do you think?

According to a producer who helps with the record, the 'America's Got Talent' presenter has some unflattering things to say about his estranged wife.

Nick Cannon is working on a new album in which he will address his separation from Mariah Carey. Producer Mally Mall tells TMZ that some of Nick's comments about his estranged wife are not flattering and that the record will be "controversial."

This would not be a very cute move, considering Mariah has been quiet about the state of their relationship throughout all of 2014. Nick Cannon also came to Mariah's defense when she was targeted by Eminem in a track several years ago.