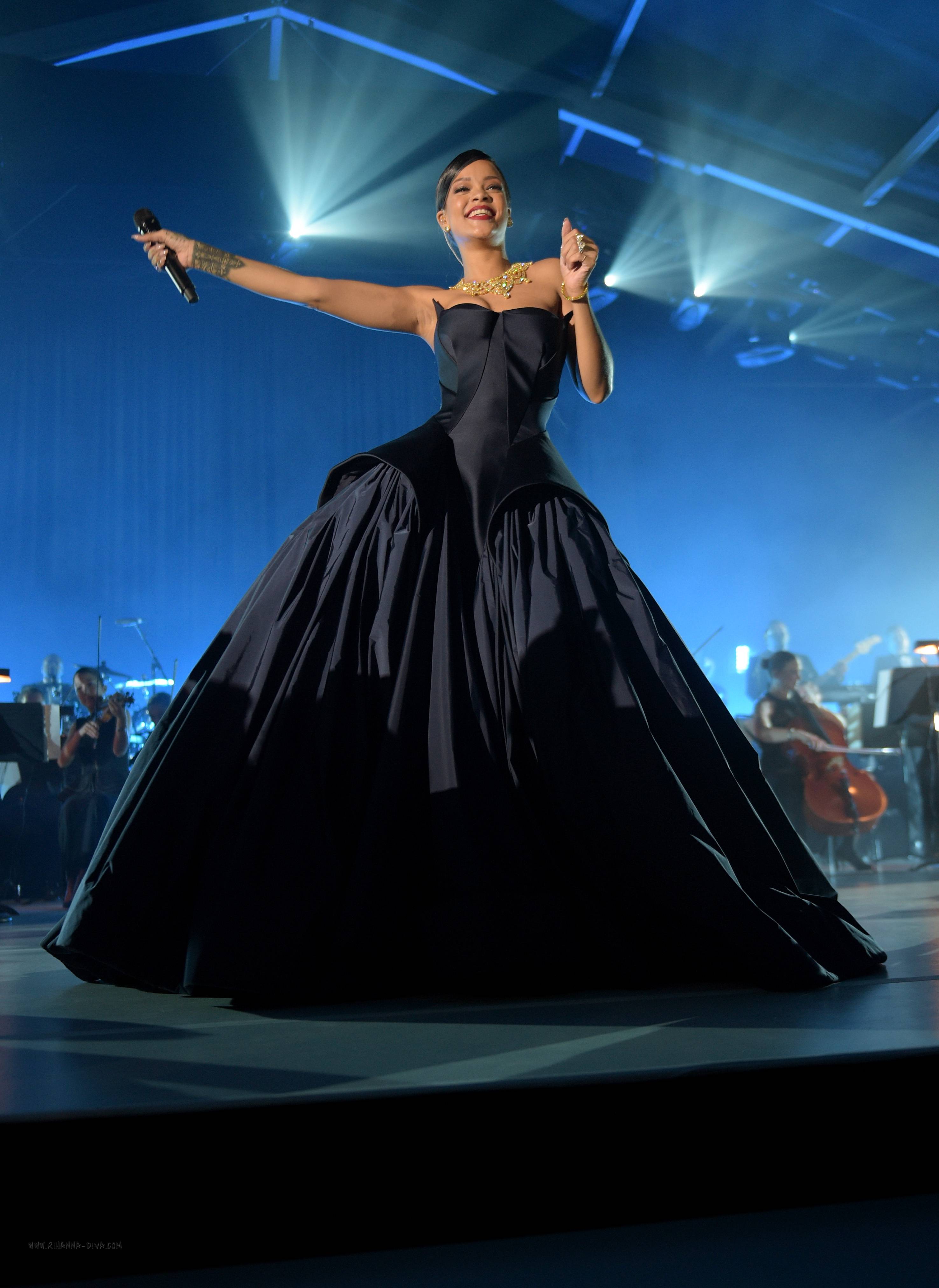 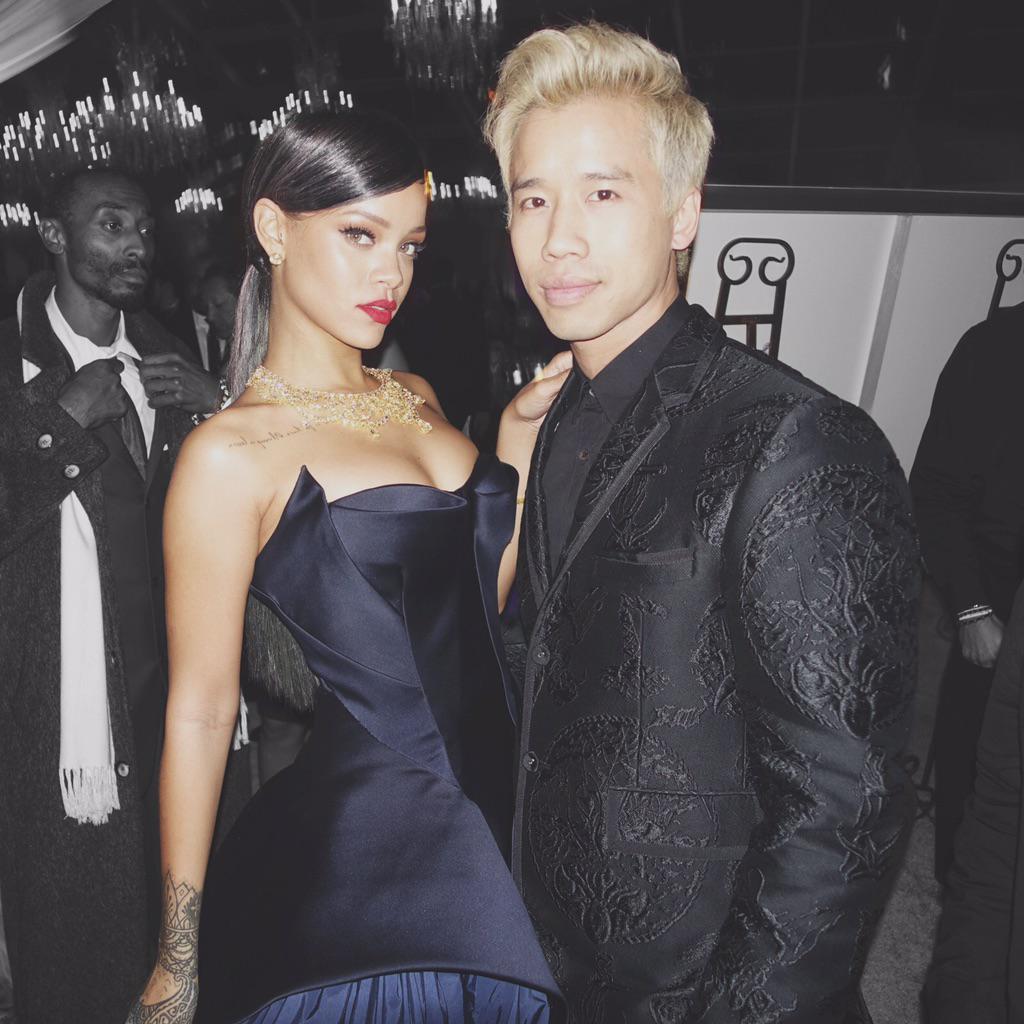 It honestly doesn't get any better than this! @rihanna #rihanna #diamondball

"Look at Marcus Bachmann, Michele Bachmann’s husband. Anybody who has gaydar — anybody who has eyes — looks at him and sees a tormented closet case who has externalized his internal conflict and is abusing other people, doing his reparative-therapy bullshit. It’s so sad and pathetic. A lot of the self-destructive behaviors gay people are prone to drifting into are directed inward, and then you have these shitbags like Marcus Bachmann for whom it’s all directed outward. Marcus Bachmann is the photo negative of the guy on the last bar stool in the gay bar, drinking and smoking himself to death, except instead of destroying himself, he’s destroying other vulnerable queer people in an effort to destroy the queer inside himself."

I strongly recomend y'all to read the full interview it's really good: http://www.playboy.com/articles/playboy-interview-with-dan-savage 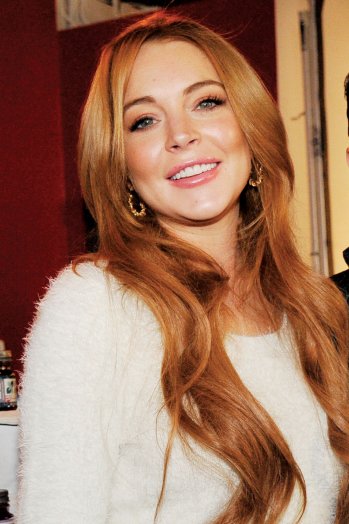 Lindsay Lohan sat down with the Guardian to discuss her run on 'Speed the Plow', living in London, and getting back on track.

A couple of quotes from the interview, which can be read in full here:
On living in London: “In LA I didn’t know what to do apart from go out every night,” she says. “That’s when my friends were free. And I would go out and there would be all these cameras there and that’s when it became difficult.” Lohan has lived in the capital for nine months now, has a lease for another year on her flat in the West End, and is currently planning to make it her permanent home. “I can go for a run here on my own,” she says. “I do every morning, early, and I think how my friends in New York would still be up partying at that time. I needed to grow up and London is a better place for me to do that than anywhere else.” 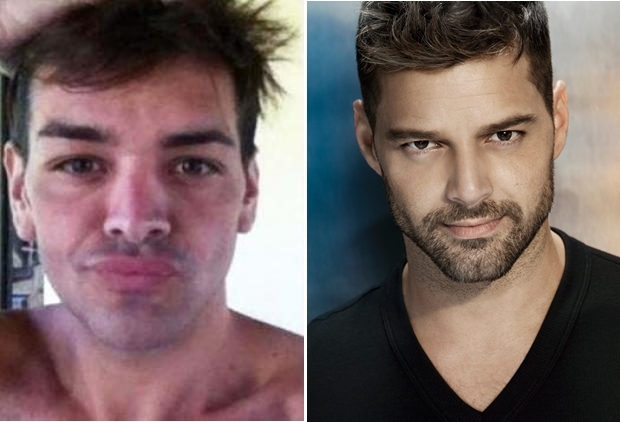 Argentinian man underwent plastic surgery to look like @ricky_martin! Tell us, was worth it? http://t.co/mn09JO6OhW pic.twitter.com/KeqDAKYlzJ

- Fran Mariano has undergone nearly half a dozen surgeries to look like Martin.
- Operated his nose for the fourth time, had liposuction on my cheeks and lipo-transference in the cheekbones
- Took off the nasolabial folds from face and filled with methacrylate as well as in the forehead
- NobodyWantstoBeLonelyfeat.ChristinaAguilera.mp3

SOURCE. so bill really wants to do this when he's been putting down the black community for years, huh.

such a cute show

They argue that it'd be strange to not see Chloe in Inhumans after the Skye reveal. They also want Adrianne to be in the movies since Bobbi is an Avenger. They admit it'd be confusing for those viewers who don't watch the show but the MCU TV 'verse will also include Daredevil, Agent Carter, Jessica Jones, and more soon. 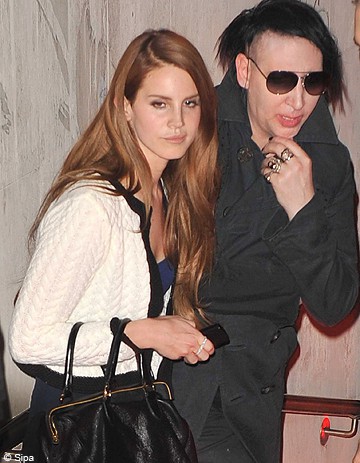 Mess all around. SMH @ Lana, Marilyn & Eli. Also sideeyeing Marilyn for working with a production company that calls themselves, Sturmgruppe

SOURCE
Should Spider-Man be in Civil War or not ontd?

Prince Royce came in and told us all that his fans are his girlfriends, why he decided to work with Snoop, touches on Latin Grammys and crossing over.

Winners of the San Francisco Film Critics Circle best of 2014: 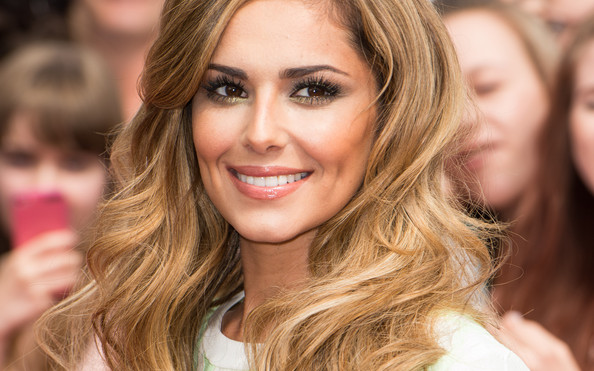 Dermot Assface O'Leary announcing the winner behind the cut:

In honor of ONTD's fan favorite film of 2014 Exodus: Gods and Kings being released in theater this weekend its time to look back at another tale of Moses, The Prince of Egypt. Prince of Egypt is known as the animated musical successor of The Ten Commandments and with it being Dreamworks first 2D animated film it is most well known for its memorable scenes and music. After seeing this movie endless times on VHS to Netflix here is my personal top 5 most impressive animated moments from Prince of Egypt.

SOURCE 1 & 2 + Netflix, also gifs made by me.
Any favorite moments from the movie ontd?

From the upcoming January/February 2015 issue. She looks great!!!

Gemma at the Film and TV Awards

Gemma for the #FeelNoShame campaign

The campaign was created by Sentebale for World AIDS Day. 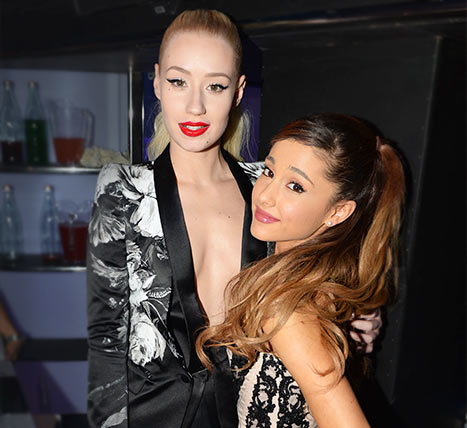 2014 will be remembered for its iconic scandals and controversies (probably most notably the Sony Hack), but along the way, the public was greeted with artists being shoved down their throats.

This list is a compilation of the 10 most overexposed artists of 2014, and hopefully they will take a step back in 2015.

So there you have it ontd. Who do you think was the most overexposed artist of 2014?

Let's be really real real quick. Didn't shit happen in 2014 in music--not a damn thing. So let's not try to act like any of the albums/songs this year smashed. Now that we're being honest with each other, here are 5 artists that helped make 2014 the ultimate year of mediocrity in music, and why it's not necessarily a bad thing in the long run.

Considered by many to be the new soul man, Sam Smith has climbed his way up the charts and into our hearts. Smith was nominated for a Grammy(I don't know how many nor do I care to look it up) and you couldn't listen to the radio this year without hearing him wail through your speakers. Although Smith has made a name for himself in 2014, what is it that makes him stand out? No, I'm asking you....What makes him stand out? I thought so. Nothing makes him stand out. Smith is a man with a warm voice, an inviting familiar Quaker Man face, and lyrics that are easy to relate to....And yet, we were all singing along with him this year.( Collapse )


ONTD, are you okay with 2014 being average when it comes to music?

P.S. Don't come into this post with your indie ass bullshit talking about "but this band had a good album". I don't give a shit. I wasn't talking about them. No one has heard of them.

#BlackMessiah the 14 year follow up to #Voodoo will be on sale tonight at MIDNIGHT ON ITUNES! #Dangelo… http://t.co/pW8eCXecWh

It’s about people rising up in Ferguson and in Egypt and in Occupy Wall Street and in every place where a community has had enough and decided to make change happen. It’s not about praising one charismatic leader but celebrating thousands of them. Not every song on this album is politically charged (though many are), but calling this album Black Messiah creates a landscape where those songs can live to the fullest. Black Messiah is not one man. It’s a feeling that, collectively, we are all that leader.”

- Pre-order the album on iTunes and you get "Centuries", title track "American Beauty/American Psycho", and "The Kids Aren't Alright" instantly.