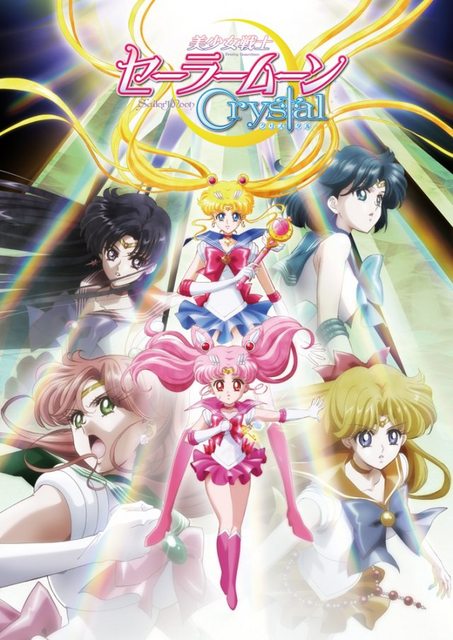 We have our first look at Chibiusa/Sailor Chibi Moon!

Courtney Love and Timbaland 'hitting it off' in studio and 'producing great music' http://t.co/6kH3xW5bHJ pic.twitter.com/aFUptaFS1K

According to the Mirror Online, the "Skinny Little Bitch" singer and "Promiscuous" hit maker started working together a few weeks ago in Miami. The pair are reportedly "really excited" about the results of their collaboration. 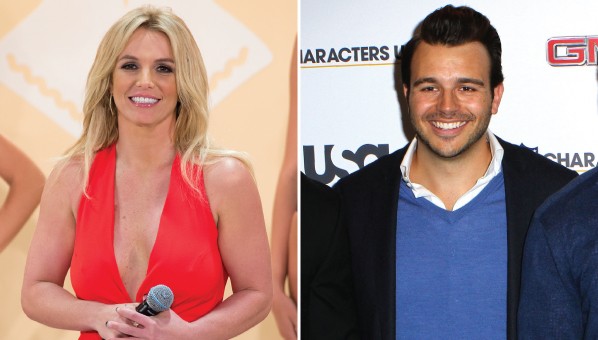 And because this is an informative post, here are a couple pics of Britney's new man, found with a simple Google search (Kim Zolciak ha impact) 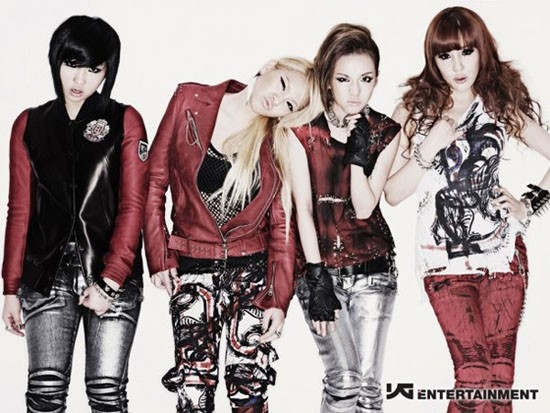 2NE1, the most popular girl group in Asia was featured in a recent Microsoft ad in the US. As a result the song, "I am the Best" started to gain popularity and airplay in the US. But 2NE1 fans noticed that something was wrong when they heard it on the radio, the song was being censored for no reason!!!! 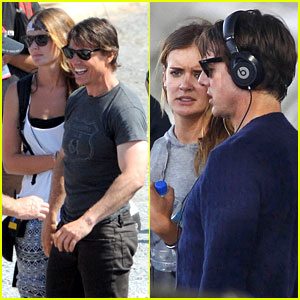 -Tom 'has a crush on his 22-year-old Mission: Impossible 5 assistant'
-Her name is Emily and she has been working with him since August
-In late September the 52-year-old was spotted with pretty crew member
( Collapse )

5 Times Nicki Minaj Proved To Be A Treacherous Mess 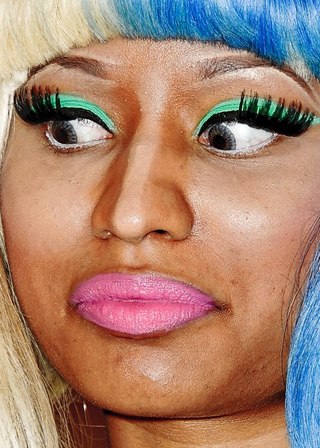 Your fave is problematic, yes we know. But just how problematic?
Nicki Minaj's messiness has been bubblin under for awhile now and with that mess of a lyric video she put out last night, the spotlights on her. 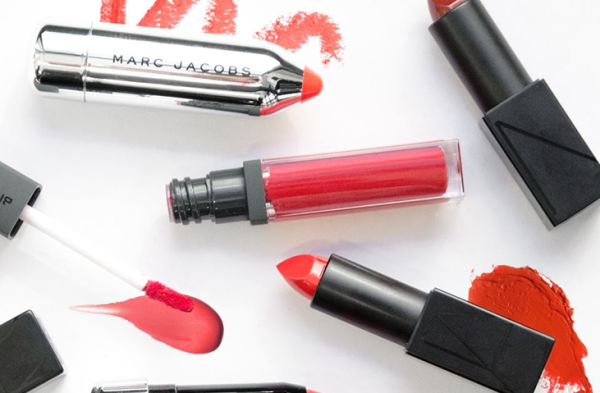 A large number of Chinese shoppers are currently locked out of their Sephora accounts due to suspected bulk purchasing & reselling activities, despite not making any bulk purchases.

Sephora's website experienced severe disruptions this week during its annual 20% off sale. According to Sephora's official message posted yesterday, the website was unable to handle the large volume of purchases made by bulk resellers:

"As part of our ongoing commitment to protecting our clients and our brands, we have identified certain entities who take advantage of promotional opportunities to purchase products in large volume on our website and re-sell them through other channels. After careful consideration, we have deactivated these accounts in order to optimize product availability for the majority of our clients, as well as ensure that consumers are not subject to increased prices or products that are not being handled or stored properly".

Many locked customers posted on Sephora's facebook page, where it became apparent that they all had common Chinese surnames. Though most used Chinese domain emails to register on Sephora, a number of locked customers used Gmail and Hotmail. It is speculated that Sephora deactivated their accounts based on their ethnicity.
( Collapse )
source: Sephora Facebook 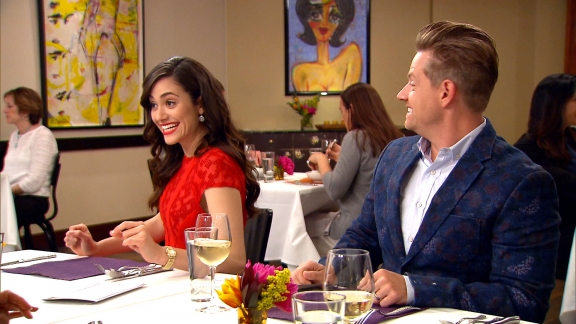 The chefs must create an Italian menu to please 'Shameless' star Emmy Rossum, who throws them for a loop when they must make last minute adjustments to accommodate Emmy's gluten-free diet.

Taylor walking through Narita Airport in Tokyo after completing some promo for that one album everyone already bought.

Girl really likes all her shit high-waisted, but I just can't imagine that it's good for the cootchie coo all the damn time :/

5 Covers + Collabs you may not have known about!

During her Speak Now Tour, Taylor invited Jim Adkins of Jimmy Eat World to perform "The Middle" with her for a sold out show in Phoenix, Arizona. The fact that she talks about how much the song meant to her (and all of us prepubescent little girls drowning in teenage angst) just makes her even more endearing and relatable. (Or annoying, but haters can seethe.)

Looking through YouTube, you can find hundreds of covers and special guest spots Taylor has done on her tours, which is what makes this upcoming 1989 tour even more exciting! Any guesses/hypotheses on who she'll bring out as guests on this next tour?!

The 5,802-square-foot Tribeca penthouse was sold off the market, so these pictures are from the previous listing. Architect Deborah Berke helped Jon and his wife transform the space into more of a family home. Stewart purchased it in 2005 for $5.8m, that means he made a 200% profit on this property with this sale.

See more pictures at the source. 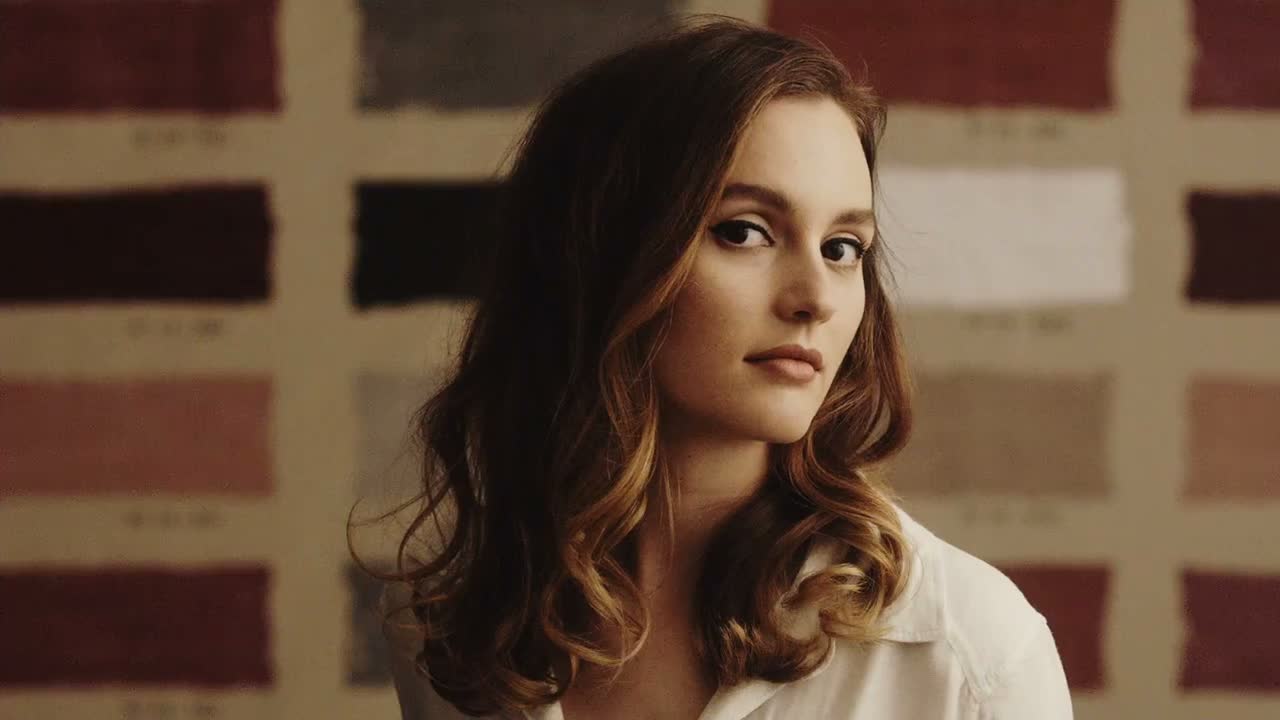 Speaking to Toronto publication Brandon Sun, Leighton Meester took to task the Taylor Swift treatment gossip blogs had given her music when they speculated which ex-boyfriend may have influenced her songwriting. The lyrics are intentionally vague to be left up to interpretation, and no one song is about a particular experience but rather a culmination of them, she said: "That's sort of what takes a bit of joy out of this process — it's all beautifully positive, but you know for people to focus on that would really be sort of sad, because I think they're missing out on their own experience. That's what those people are built to do and they're going to do it I suppose." Meester went on to say that people making her music a tabloid fodder "reduces it in a way that I don't like [...] sidelining my original actual message or accomplishment." The acting chanteuse also discussed her love for Joni Mitchell growing up ("Those melodies and her voice and her style just sort of seeped in and that was how I thought of music") and being able to relate to Neil Young ("His songwriting, his voice, his simplicity and the access that I feel to him listening, the access to that root and depth").

Full article at the source.

Have you watched LIFE PARTNERS yet? It's so adorable and lovely and everything Hollywood should be doing, tbh!

Peter sent a lovely message to a 9-year-old autistic boy to help him cope with the death of his nanny. It arrived the day before the funeral. 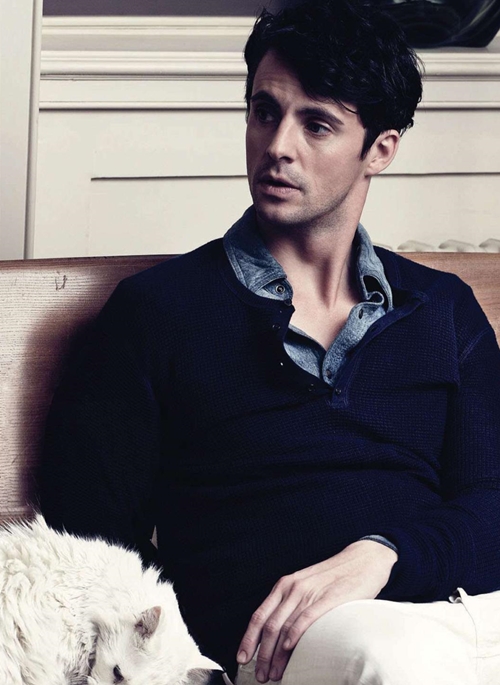 So ITV's Downton Abbey has unsurprisingly been renewed for a sixth season.

ITV's Director of Drama said, "We don't know yet what Julian has planned, but we're looking forward to working with him, the fantastic cast and Carnival [Films] again and have no doubt series six will be unmissable".

Matthew Goode has also joined the cast, reportedly as one of Mary's suitor's (get it, girl). He will make his first appearance in the Christmas special and then will be in at least six episodes of the new season.


Before releasing her debut album Dangerously in Love (2003), Beyoncé released the lead single from Austin Powers in Goldmember. Produced by the Neptunes, it failed to become a big hit on the Billboard 100 but did hit number one on Billboard 's Hot Dance Club Songs.

So ONTD, what are some of your favorite artists 'forgotten' songs? 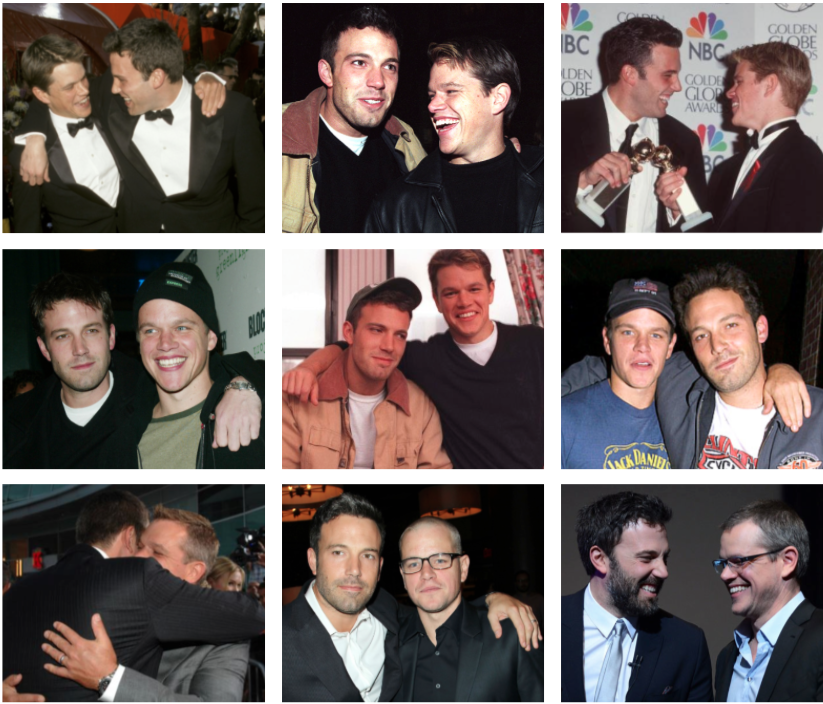 Project Greenlight, which won Emmy nods for outstanding reality program in 2002, 2004, and 2005, was rebooted earlier this year, with Affleck telling Deadline: "Project Greenlight was ahead of its time. Now that technology has caught up to the concept, we thought it was a perfect time to bring it back. A whole new generation of filmmakers has grown up sharing everything, and the next big director could be just an upload away." The television series, set to air in 2015, will follow the original format. The contest winner will receive a Hollywood-vetted script, crew, and equipment, but must deliver the film on schedule and on budget.

While Affleck, 42, and Damon, 44, have not appeared on screen together in recent years, they have collaborated on many projects though their production company Pearl Street Films, named after the street that ran between their childhood homes in Cambridge, Massachusetts.

Since 2012, they have lived on the same street in Los Angeles. Affleck admits he "hounded" Damon to move to LA "so that our kids can know each other and go to the same schools, and hang out sort of the way we did. And finally he caved." Damon remarked: "I tried to get him to come back East for years and finally I just gave up and was like, ‘All right.’ ... We each have two girls within six months of each other. It was a strong argument to buy a house here and be near Ben."

The BFFs have long been vocal about their bond. While Damon initially found the media interest in their friendship strange, "at this point, I just acknowledge to myself that I love him and he’s going to be in my life forever ... He’s the smartest, funnest, nicest, kindest, most incredibly talented guy. He’s got more going for him than just about anyone I’ve ever met."

Meanwhile, Affleck said in 2013: "I wouldn’t be here without him. His friendship and support have meant a lot." In 1999, in a comment that would prove prophetic, Affleck remarked: "If I just do 15 shitty movies and no one wants to hire me again, I still really hope Matt does well. I wouldn’t associate my failing with his success. I think that’s the secret to a good friendship - you always root for the other person and support the other person." 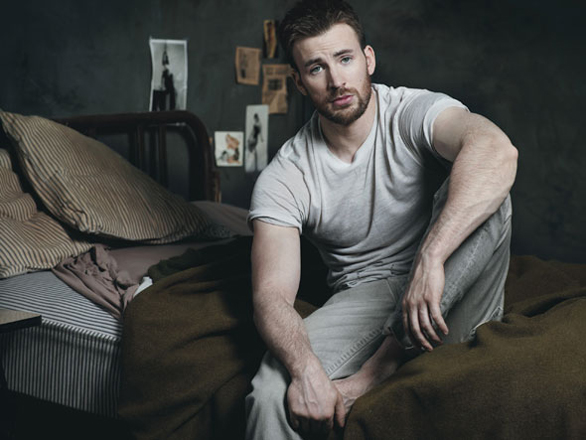 His turn offs:
"I hate arrogance, so don't pretend that you know everything. Someone open-minded always inspires me," he told British magazine Cosmopolitan.

His turn ons:
"If you ask me out that's fantastic. Men worry about looking desperate too! It's awkward, but if you're bold and daring, who knows what might happen?"

His perfect date:
"Let's take this outside. It's more interesting being active than sitting across a dinner table. One of my best dates was walking along Santa Monica Pier. We walked, talked and watched the ocean all night," he reminisced.

What would you do on a date with Chris Evans, ONTD?

Hf the best actress of her generation's comeback

Only Human is out on Monday!

Austrian drag artist Conchita Wurst has unveiled her new single, the follow-up to Eurovision-winning 'Rise Like a Phoenix'. It is available now on iTunes.


What do we think, ONTD? 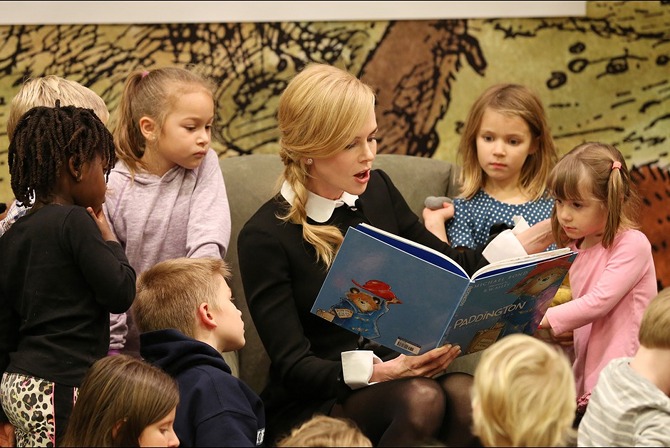 According to Paris Match, in order to promote her upcoming film Paddington, Nicole Kidman read the kids' tale to over 100 children and their parents at a Barnes & Nobles bookstore in Brentwood, Tennessee. She was also joined by Paddington Bear himself.

photos and details from source

ONTD, what are you favorite childhood books?

LIFE PARTNERS is available to rent OnDemand and on iTunes/Amazon/Google right now!

Are you approaching 30 but still haven't grown up, ONTD?

'Whiplash' Director on Resisting Tentpoles: "I'm Not Interested in Being a Puppet on a String" http://t.co/GFJZ0CyBS0

can we talk about how SUPERB Whiplash is??? also miles needs a tag

GTA will be released November 18th! Never been a first-person kinda guy, but I'd fuck around with this for sure. 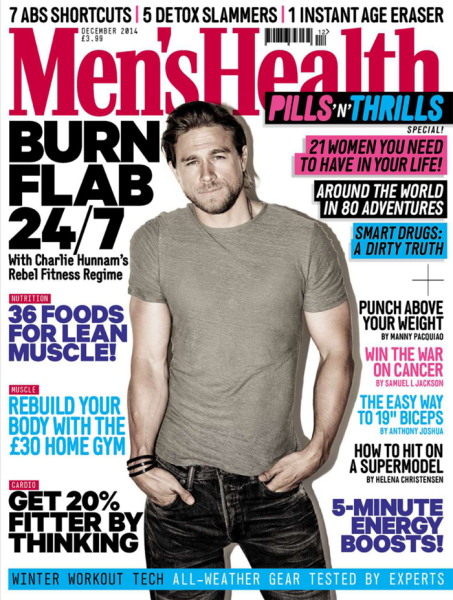 Source is my .pdf copy of the issue 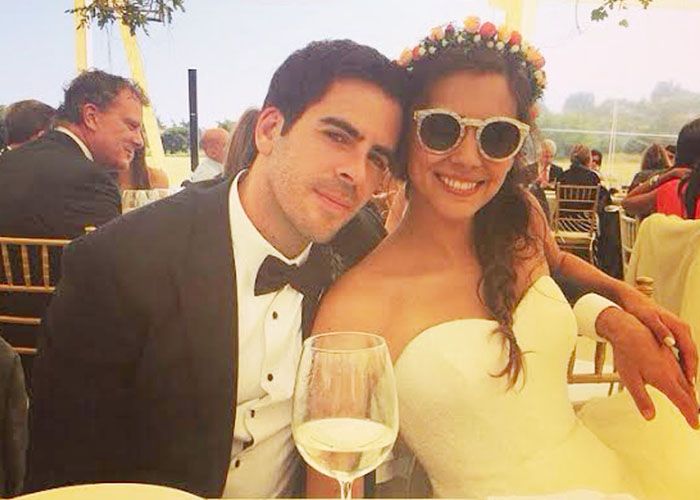 src
LET'S TALK ABOUT THAT ENDING

iam8bit will be launching a new art show in Los Angeles next week dedicated to hypothetical artwork for sequels that never were, with art for intriguing (if highly unlikely) titles such as Labyrinth 2, The Rocketeer: Crimson Skies and Fight Club 2 being featured.

You can join the event at its Facebook page here.

ONTD: What do you make of the posters? Is there a sequel that you'd like to see made?

Jojo and Ariana Grande are both young, talented singers whose voices have been compared to and praised by legends. I'm a fan of both and I was curious about who ONTD prefers. Note: JoJo was 13 when she started but I've put some videos of them at around the same age

Who is the better vocalist?

Who do you like more overall? (voice, stage presence, etc)

Hilary Duff stopped by Buzzfeed's offices recently to promote her new tv show and was asked the quintessential 00's question: who she preferred (Britney vs Xtina) and obviously the news spread fast on twitter where Hilary coyishly confirmed.

.@HilaryDuff came to BuzzFeed and said she prefers Britney Spears over Christina and this was all I could think of pic.twitter.com/Ht6F3t8vy5 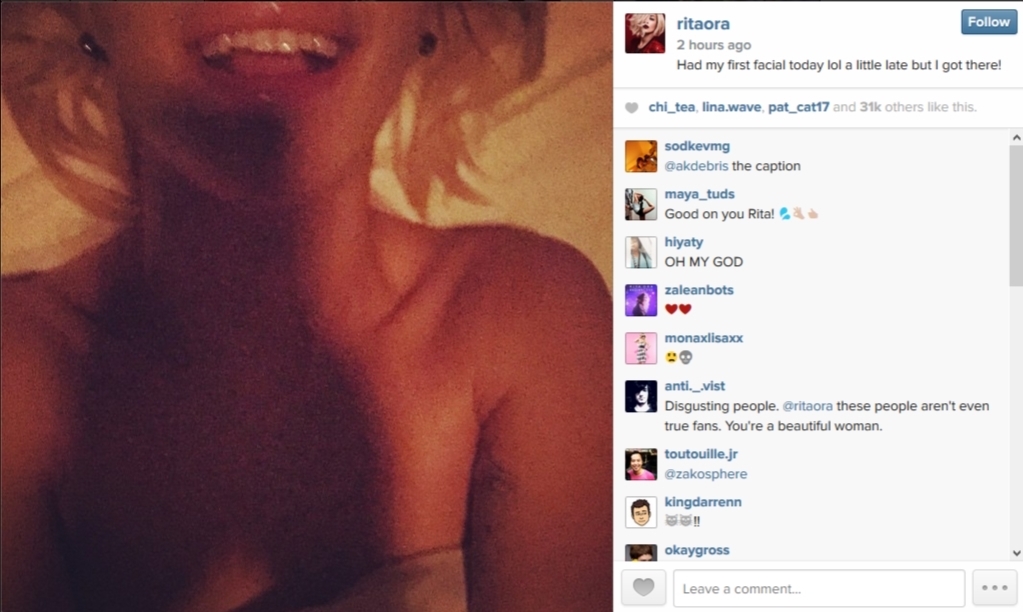