The Star Trek: The Next Generation season 2 Blu-Ray has just been released, and it includes among its other extras a brand-new gag reel that's almost worth the purchase by itself. A shaky season was apparently still a blast to film, with Data telling you what molecules are safe to eat, Picard posing sexily, Worf being generally hopeless, and everyone making out when they mess up their lines.

No seriously, this will make you guffaw at least once. Bonus cameo at the end by the Great Bird of the Galaxy himself:

He don't care. Katt Williams don't give a shit.

Look at the photo above, then read that sentence again.

According to our sources, Phelps felt the relationship wasn't going anywhere, so he decided to end it so he could pursue other options.

And apparently in the world of Michael Phelps, those options are somehow better than this. 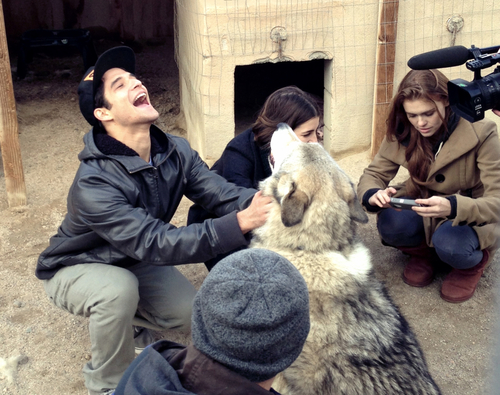 About a week ago we speculated here that Teen Wolf would be hosting some real life wolves on set and what this means.

With the caption: Why are Tyler and Holland playing with a REAL LIVE WOLF? You’ll have to wait and see…

However this proves that our speculation was corrected (tips hat) and leaves all the same questions open as to how and why a werewolf transforms into a full wolf. If it is just an Alpha thing why hasn’t Derek Hale done it? Maybe he doesn’t know how and it will take an Alpha to teach him?

They also asked on the tumblr tags which wolf is cuter? 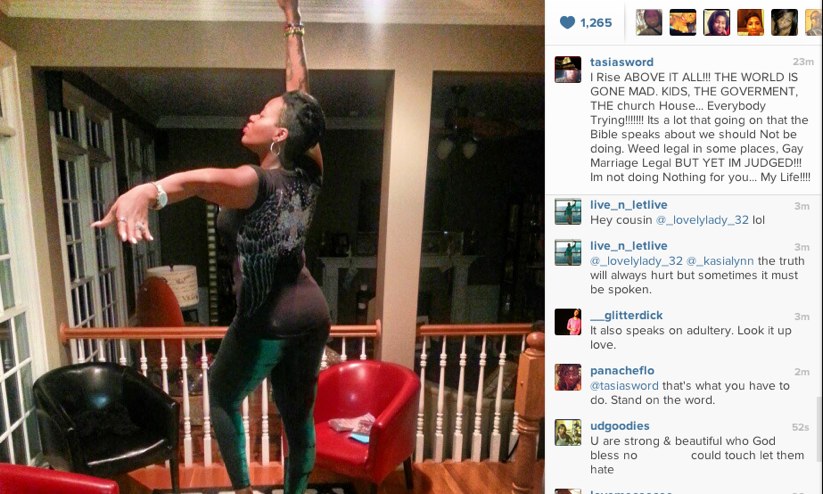 What shows are you mourning? I think you all know what mine are. Also yes at them giving love to bleach </3.

Hello ONTD! During the past gossip year, we have debated on a weekly basis which 'celeb' had the 'best' quote. Here is a rundown of the TOP TEN QUOTES AS VOTED BY ONTD MEMBERS FOR 2012!

How were votes calculated?
Based on the poll each week, the top ten quotes were picked based on highest percentage of votes received, as voted by LJ members.

Tags have been removed for this post to keep an element of surprise.

HAPPY 2012 Gossip Year, ONTD! It's been fun! :-)  Feel free to click on the "Quotes of the Week" tag to take a trip down 2012 memory lane.  There were so many "omg that happened!" moments for me as I went through the posts to make this list.  Probably for you too!

The Twilight movies have been voted the worst of all time in a new poll.

Rifftrax polled over 500,000 of its users, and the Robert Pattinson and Kristen Stewart-starring movies were named as the worst ever by over 35,000 people.

Batman and Robin was runner-up with over 29,000 votes. Also featuring in the top ten were Catwoman, Spiderman 3, Super Mario Bros, Battlefield Earth and The Last Airbender.

he final part of the Twilight series, The Twilight Saga: Breaking Dawn - Part 2, was released last month to mixed reviews, but also to the eighth-biggest opening weekend in US cinema history. 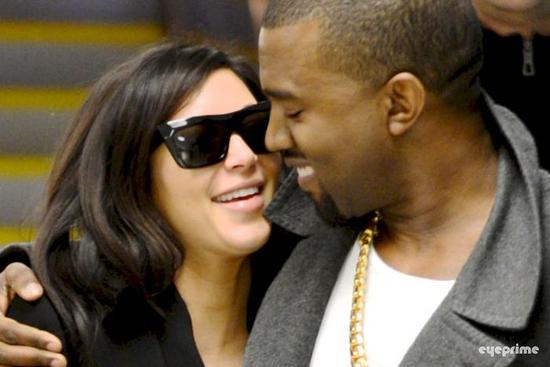 video of kanye beating kris jenner to announcing the pregnancy

2 days and 20 years
She’s married and they have a child. And these days she’s much more visible -- all over -- than he is. There have been rumours, since they seem to be apart so often, that their relationship has been unstable. Though they’ve recently been seen together, and appear to be happy, he might not feel so secure if he were to find out who she’s sleeping with behind his back, and so indiscriminately.

My sources confirm that there was a boy, a very young, very famous, pop boy with his own fragile love situation who she f-cked for sh-ts and giggles. Just 2 nights later, it was another very famous former pop boy (of sorts) 20 years older who, obviously, specifically targets her small demographic. One night only. Those would be her more famous indiscretions. But they say she’s been cheating all over the place and all the time.

Exes & Wives
Just some personality and colour I thought you might enjoy...

Comeback Kid only dates famous girls. When he and Golden were together, he stepped out on her twice that she knows of: once with a stripper and the other with Pigtails. But even though it’s been years, and she’s well moved on, Golden still has a hard time hearing Pigtails’ music. Her trainer made the mistake of playing it once when they were working out. She demanded that it be turned off immediately and never again while she’s in studio.

While Golden can’t let go of her resentment, Comeback’s wife, the PM, can’t help it either. People assume that it’s his other, more curvier ex, who makes her crazy but homemaker to homemaker, it’s actually Golden who she can’t stand, and has been overheard disparaging, unimpressed with her skills and her ideas, rolling her eyes when her name comes up.

He wants, she doesn’t
The assumption: that in any discussion about marriage and babies, she’s the one who wants it and would have his immediately if only he’d ask. But he’s the one who wants, or at least is leaning more towards having kids, than she is. HE is the one who wants to start a family with HER. She’s resistant because of concerns about her past health, worried about what that would mean for both her, and her future children. He’s not pressing but they’ve been seeing specialists together, looking into different options, hoping to perhaps be parents within two years, even though no one seems to (want to) believe they can make it that long.

Word had it that Prince and Lady Gaga may make some contributions, but now The Bullitts aka the brainchild of singer/songwriter/producer Jeymes Samuel has hit Twitter with some revealing information.

Jay-Z and myself have been working tirelessly on the score for the upcoming #CLASSIC The Great Gatsby! It is too DOPE for words!

Already a spotlight in the trailers, and his music even featured as motivation during production, none other than Jay-Z is reportedly working on the score. Tweeting yesterday, Samuel said, “Jay-Z and myself have been working tirelessly on the score for the upcoming #CLASSIC The Great Gatsby! It is too DOPE for words!”

We’ve got no other details regarding to what capacity his involvement is, especially considering Craig Armstrong is currently credited with the original score, but it’s safe to see we can’t wait to see how Luhrmann integrates this hip-hop talent into his F. Scott Fitzgerald adaptation. 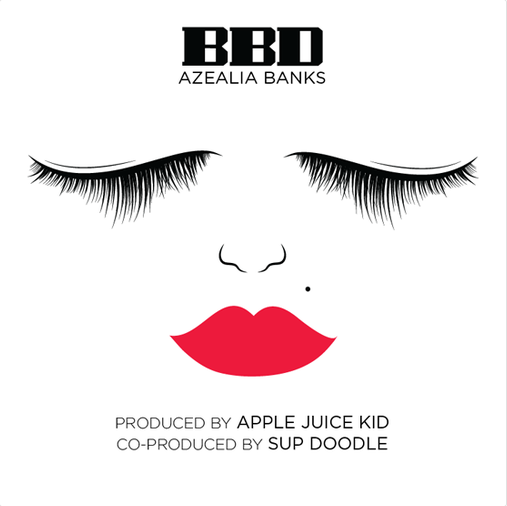 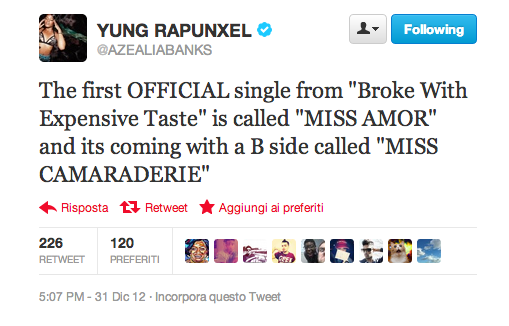 
Here you go ! Enjoy the post and off topic :) Tell me what do you think about winners.
Also HAPPY NEW YEAR ! 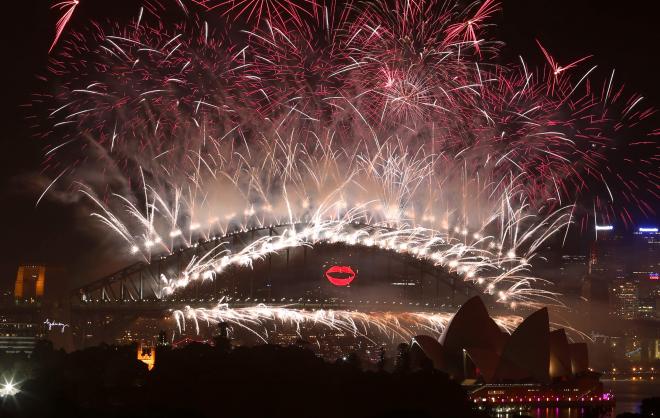 Only half an hour until New Years in London!! 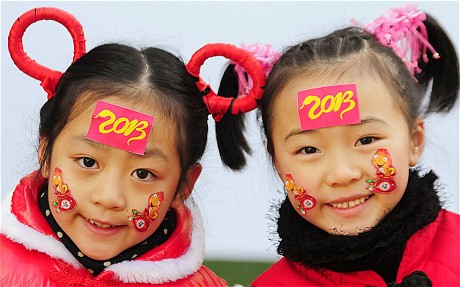 There will be another FFAF later for when the New Years reaches America.

Only an hour until it's New Years on the east coast! 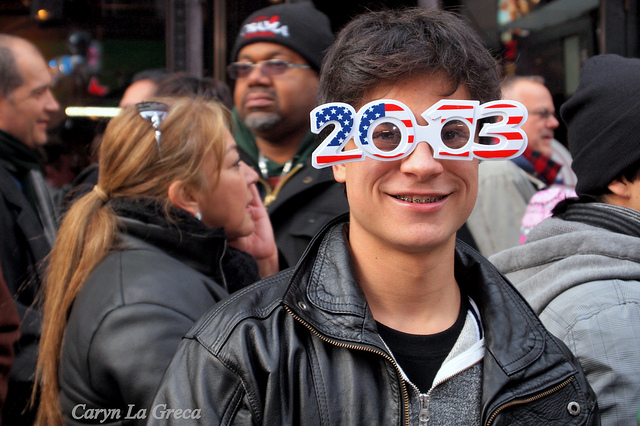 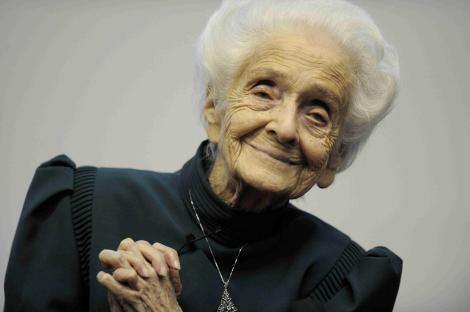 Rita Levi-Montalcini, a biologist who conducted underground research in defiance of fascist persecution and won a Nobel prize for helping to unlock the mysteries of the cell, has died at her home in Rome. She was 103.

The mayor of Rome, Gianni Alemanno, said her death was a great loss "for all of humanity", adding she represented "civic conscience, culture and the spirit of research of our time".

Italy's so-called Lady of the Cells was a Jew who lived through anti-Semitic discrimination and the Nazi invasion and became one of her country's leading scientists. She shared the Nobel prize for medicine in 1986 with US biochemist Stanley Cohen for groundbreaking research. In 2001 Italy made her a senator for life.

I know she was old and it was going to happen inevitably but I'm still super sad anyway. Here's a quote "I tell young people: Do not think of yourself, think of others. Think of the future that awaits you, think about what you can do and do not fear anything. Do not fear the difficulties: I've had many in the past and I crossed without fear, with total indifference for myself."

profile on Nature (thanks zurbraran)
Collapse