The Perks of Being a Wallflower Comes of Age

On the tenth anniversary of ‘The Perks of Being a Wallflower,’ author Stephen Chbosky talks to V.F. about its lasting legacy—and capturing “lightning in a bottle” with the film’s many young stars. https://t.co/T3tf7zJe8l

Writer-director Stephen Chbosky talked to Vanity Fair for the tenth anniversary of the Perks of Being a Wallflower film, which was based on the novel he also wrote.

Logan Lerman “had the ability to somehow be that handsome and also be that believable as someone that was very socially awkward. He took the work very seriously. He showed up a week before the rest of the cast and isolated himself in his hotel room and read the script over and over and over and over again, listening to music to know what it would feel like to have that level of isolation. That’s how dedicated he was.”

On Emma Watson, “when I met her, what I saw was a very, very lonely young person who grew up in the eye of a hurricane. She fundamentally understood Sam’s outsider status because her life is being stared at, and especially back then, it made her very lonely. She and I were kindred spirits. She remains a great, great friend of mine.”

Ezra Miller “just had this freedom and a humor and an adventurous spirit that gave Patrick so much texture.” Chbosky compares Patrick to Ferris Bueller, who he thought was the coolest movie character when he grew up in the 80s. “I wanted the free kid to be the gay kid. I wanted Ferris. I wanted the coolest kid in the movie to be Patrick. And when I saw Ezra and how free they were back at the age of 18, they just embodied all of that and they gave a remarkable performance.”

Addressing the elephant in the room, he says he hasn’t had much contact with the embattled actor but “I hope Ezra finds the light that they shined so brightly back when we shot the film, because the kid I met was a remarkably magical person. And I always like to believe that that person is always in there and I hope that they can find the help that they need.”

A lot more at the source.

i hate that fucking book. never watched the movie.

The kids who loved it at my school were all fake-deep theatre kids, so I put off reading it for a while. Then I read it and was proven correct.

lalameanslove
September 22nd, 2022, 07:57 pm
The movie was boring. I read the book a long time ago as a youth and I remember liking it but I’ve always like cheesy shit and that was peak YA lit at the time.

So amazing to see where the cast is now.

Logan is booked on tv shows!

Emma is the face of Prada!

alienjive
September 22nd, 2022, 07:58 pm
Logan is great in this movie. Emma is TERRIBLE. She really drags it down imo, and makes it hard for me to rewatch. Well that and Ezra…

3rdattemptuser
September 22nd, 2022, 08:38 pm
logan was phenomenal in this. his performance definitely made me tear up a few times.

riruka
September 23rd, 2022, 12:28 am
emma’s american accent is so bad LOL i wonder why they even chose to make her american. the story would have still worked if they made her english

you put the AAHS in CLAAHS patrick!!

ginainabottle
September 22nd, 2022, 07:59 pm
Emma's accent in this film is quite delightful to me. Poor thing looks like she has a strained jaw in pretty much every scene with words.

Ended up telling my mom what happened later that year 🥲

The audiobook had a specific pull on me when I was in high school. I was depressed and self harming and didn’t have a lot of friends or much of a social life. I saw the movie in my mid 20’s and by then it had lost its luster.

mystic_kiwi
September 22nd, 2022, 10:39 pm
I don't remember hearing much about the movie, though I was an adult when it came out, but I Remember hearing about the book a looooooot in high school, and I think it was even assigned in some classes? I personally didn't read it til much later but it was talked about so much and so fondly I felt liked I was missing out on something.

(and then I hated the book)

zibbydoo324
September 22nd, 2022, 08:10 pm
I watch this if I need an good ugly cry. Logan did such an amazing job as Charlie. He really gave Charlie the tenderness that was required. Now I want to watch it, but also don’t because of the whole ugly crying thing.

beaucadeau
September 22nd, 2022, 08:11 pm
that book (but lbr all the various books referenced or read by the protagonist in the book) was v formative. but i wouldn’t recommend it

ahkna
September 22nd, 2022, 08:13 pm
I read the book in high school when my friend and I swapped fave books. I think she gave me Angela's Ashes, The Virgin Suicides, and The Perks of Being a Wallflower, and I gave her Fall on Your Knees and probably She's Come Undone or I Know This Much is True.

I've only seen the movie version of The Virgin Suicides though, which I think is actually one of the most perfect book-to-movie adaptations ever.

winter_lace
September 22nd, 2022, 10:27 pm
You can say a lot of Sophia Coppolas very same same style but that style nailed the atmosphere of the book. It’s definitely a top five adaption

missing_mile_15
September 22nd, 2022, 08:16 pm
I have a very vivid memory of driving out to a theater I never visited in college to catch a screening of this, so I actually hate that I saw this post because it's reminded me of the passage of time.

I haven't revisited the book or movie since then so I don't know if I'd like it now, but I did enjoy discovering some music in the mixtapes the lead made for his friends.

theoryofwar
September 22nd, 2022, 08:20 pm
omg I have an <3 ONTD sign with the author! I met him before the movie started filming lol. He was very nice, never got around to seeing the movie tho. He signed my copy and bought my friend a copy/signed it/talked on the phone him. 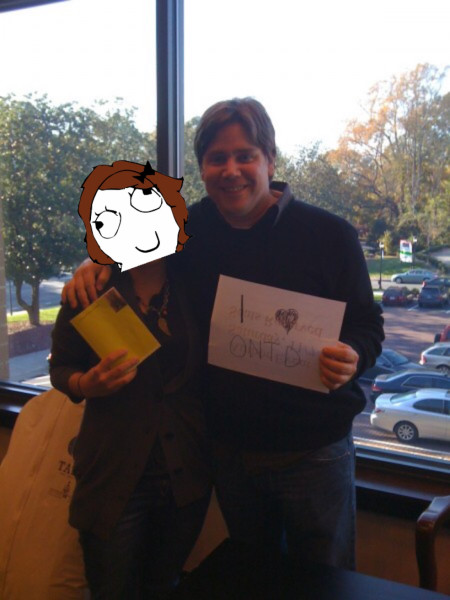 scriptedending
September 22nd, 2022, 08:29 pm
Read the book right around the time it came out and loved it so much. It was one of the first books I felt really spoke to me, and I listened to all the songs he mentions because of it.

Saw the movie when that came out, and was obviously at a very different place in my life by that point, but I thought Logan Lerman was great and it made me sob in the theater. I liked it a lot overall, even though Emma was not very good in it. Rewatched it fairly recently, and it held up for me.

My fav cover of "Asleep" is Emilie Autumn's: