"I would say, this is an extraordinarily bad week for the former President." - @Alyssafarah speaks with @jaketapper and @PreetBharara about the new business fraud lawsuit the New York state attorney general filed against former President Donald Trump. pic.twitter.com/Kn8YvgFE1d

Former President Donald Trump, his adult children and his company are accused of padding his net worth by billions of dollars by lying about the value of prized assets.

Here’s how the alleged scheme is described in a lawsuit. https://t.co/IdKYoOwD2T


Context: Earlier this summer Trump's Mar-a-Lago estate was searched. In August, his lawyers filed in federal court saying some of the documents recovered by the government during the search involved materials that could be considered privileged under client/attorney status. Federal Judge Cannon appointed a special master in the case to review the documents. You can read more about why Judge Cannon's ruling was out of pocket, here
Judge Cannon also ruled the government could not review the documents recovered from the Trump search until the special master concluded their review. The Department of Justice appealed Judge Cannon's decision.
The Special Master that ended up being appointed by Judge Cannon was someone proposed by Trump's team who is a former FISA judge appointed by Ronald Reagan. The Special Master, the government, and team Trump all met on Tuesday and the special master made it pretty clear he's not here for Trump's bullshit:

BREAKING: Judge Dearie makes clear he is taking government’s position that the classified Mar-a-Lago documents are in fact classified.

“What business is it of the court? … As far as I’m concerned that’s the end of it.”

Trump’s insistence on a special master is NOT going well.


Circuit court rules on the Department of Justice's appeal to Judge Cannon's decision:

THREAD :: 11TH CIRCUIT GRANTS DOJ REQUEST TO ALLOW THEM TO USE CLASSIFIED DOCUMENTS FOR CRIMINAL INVESTIGATION AND PREVENTS THE SPECIAL MASTER AND DONALD’S LAWYERS FROM ACCESSING THEM. 1/ pic.twitter.com/oGEhyF6KgL

The ~100 documents bearing classified markings have been removed from the Special Master's review process, allowing DOJ to resume using them in its criminal investigation.

Will Trump appeal to SCOTUS? pic.twitter.com/7B8CLrQBLH 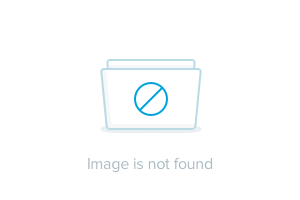 possiblewerf
September 22nd, 2022, 06:57 pm
It's really funny that after years of him complaining about the deep state they actually are after him lmao. He is course guilty, but if he was a Bush they'd excuse it.

In this single clip Trump tells Hannity about his process of telekinetic declassification (not a thing) then speculates the FBI might’ve been looking for Hillary’s emails in Mar-a-Lago (he didn’t really seem to be joking). Wild stuff. pic.twitter.com/ehX8QqTnmB

debbiesgirl
September 22nd, 2022, 07:05 pm
I thought about adding this to the post and then I was like no, I'm not wasting my time on this lol

irajaxon
September 22nd, 2022, 07:17 pm
sometimes i can't believe they actually let a person this crazy and delusional be president, jfc

tinkerbellpixee
September 22nd, 2022, 08:07 pm
i can't believe how many people still worship him. there are people running in our local elections, and for our school boards that follow trump. it's really scary.

butifildisaster
September 22nd, 2022, 07:47 pm
Is his voice always this high? It seems higher than normal, which makes me happy if it’s because he’s scared shitless.

cecilia_tallis
September 22nd, 2022, 07:58 pm
I’m forever baffled at his hair looking like someone went nuts with an irl blur tool

When is this motherfucker gonna die already? (dear secret service I'm not gonna do it)
(no subject) -

what a fucking moron

LMAO at him trying to claim declassified like Michael Scott declaring bankruptcy. Just because you say the words out loud doesn't make it true.

jeeshee
September 23rd, 2022, 12:34 pm
If he declassified EEEEEEEEEEEVERYTHING I wanna read the UFO files just for giggles
(no subject) -

theactualworst
September 22nd, 2022, 07:01 pm
I personally feel that if these cases are successful and they take him for millions that those of us who did not vote for him should get a lil checky check as I’d argue we’ve all suffered damages at this point.

fauxkaren
September 22nd, 2022, 07:01 pm
Depressingly, his base of support has a very high floor (I think his approval rating is still in the 30s).

But I am at least achieving some personal satisfaction from watching Trump's lies getting exposed.

debbiesgirl
September 22nd, 2022, 07:03 pm
Yeah, it's like he said himself, he could shoot someone in Times Square and it wouldn't matter. It's a cult.

i doubt this will wake many people up, but i (somehow) haven't lost (all) hope yet.

fauxkaren
September 22nd, 2022, 07:08 pm
I don't think it will wake many people up either, but I will at least get to hopefully enjoy Trump having to pay hundreds of millions of dollars in fines and back taxes. And hopefully every single penny of that goes to programs to help immigrants and all other groups that Trump hates.

chapter013
September 22nd, 2022, 07:13 pm
Right, I will take anything and I loooove the idea of him having to pay for things he hates. Seeing him be made to pay for anything at this point would be something.

debbiesgirl
September 22nd, 2022, 07:09 pm
I don't know if Trump will go to prison, he seems like too big of a fish to fry, but it would make my whole fucking year to see Jr. hauled away and that's looking like a distinct possibility lol

hallyujah
September 22nd, 2022, 07:53 pm
I, for one, won't be satisfied until Jared and Ivanka's children are in foster care

(no one say that's too far, it'll be a more loving environment for them).
(no subject) -

anachan87
September 22nd, 2022, 08:36 pm
it will just be an evolvement after sharing one brain cell among all the family.

pisley
September 22nd, 2022, 08:01 pm
If I has to pick a Trump kid to go to jail it would Ivanka because he would fucking lose his mind since she's the only one he cares about.
(no subject) -

aotearoagal
September 23rd, 2022, 12:45 am
Will be fun to watch him lose his businesses/be barred from running companies in NY, though

green_monsterx
September 22nd, 2022, 07:09 pm
I can't even get hype or excited because I don't want to set myself up for a letdown, tbh. I will believe that he'll be punished for his crimes when it actually happens, honestly. I hope it does

hallyujah
September 22nd, 2022, 07:57 pm
I bet if it happens its gonna be after so many delays. I think SCOTUS won't completely shutter the investigations because it'll look like they're even more in his pocket, but I won't be surprised if they help him try and delay things till post 2024 election, hope he wins and then let him self-pardon (which, like, what would be the point of even having a constitution at that point?)

green_monsterx
September 22nd, 2022, 08:10 pm
yeah I’m def not hopeful and your scenarios seem more realistic given what weve been thru with trump these last several years

Whoopi was manifesting him going to jail on The View today, I had a laugh.

mwffj
September 22nd, 2022, 07:10 pm
I love how this stupid asshole thinks everything works the way it does in his sleazy business world. Everything, EVERYTHING, is quid pro quo for him. I bet you he's the type of father who when a kid asks for a hug he goes "why should I give it to you, what have you done for me lately?"

hallyujah
September 22nd, 2022, 08:19 pm
Probably because he's never been held accountable for anything in his life and he's completely amoral. Not immoral, amoral. He just NEVER thinks along the lines of right or wrong, it just doesn't even occur to him that that matters. And never along the lines of legal or illegal. And why would he? He's been able to get away with everything for 76 years without accountability so he's not used to the concept of risk. Even in his business failings there was no risk. He could just abuse US bankruptcy laws and borrow more money next time.

Even now he's probably in denial about the very real possibility that he could die in an orange jumpsuit (please God make it happen) :D

progression
September 22nd, 2022, 07:11 pm
The old white (I’m white so they feel comfortable as fuck being racist around me even though I almost got one fired for telling me to “vote Trump or go back to your country” during the first election) assholes at my work are standing by this botfly as if he’s their breadwinner. The hatred is so strong with some people.

So, I’m loving the chaos this is causing them. And the trump klan. Muahahah.

ty
September 22nd, 2022, 07:59 pm
Sadly, the old white are not always old, the right-wing Christian wingnuts are often not old people. I almost got one of them fired because she stood in the aisle between cubes at work talking shit about Tr*mp going after gays and Muslims. She got in beeeeeeeeg trouble.

But, the assholes at work really are 60+ yo and I’m enjoying watching them squirm. They know better than to talk politics, but it works for me, lol.
(no subject) -

anderbobo
September 22nd, 2022, 07:30 pm
It was just another delay tactic while they scramble... there is literally no defense nor have they claimed declassification in a court of law/legal document b/c they know its a lie.

ty
September 22nd, 2022, 08:00 pm
I don't wish death on the whole family because taking away their money would be much more painful. Moooahahaha

corroded_tears
September 23rd, 2022, 12:44 am
They can always d*e and/or be crushed into cubes AFTER all of their money, property and other assets are repossessed and liquidated

And he actually said "You can declassify documents just by saying, 'It's declassified.' Or Even by thinking about it.”. I'm speechless.

How is any of this real?😶

fromxthexdamage
September 23rd, 2022, 02:22 am
I love how he lied about the square footage of his penthouse. Like buildings don't grow and blueprints and math exist. This man will lie, cheat and delude himself about absolutely anything and it's astounding.

but as always, I will believe this shit hurts him when I see it.

butifildisaster
September 22nd, 2022, 07:59 pm
This seems like an appropriate place for me to admit that I’ve never understood the music video for Fuel’s bad day. What does the note say?? Is he in court?? Therapy?? Is she dead??