-The Helen Hayes theater, home to the "Take Me Out" revival, has installed a new infrared camera system facing the audience so that the venue's security team can monitor any would-be phone users during the show."This will allow us to focus on an audience member who looks like they're doing something suspicious, and assess whether they're just going through a purse to get a breath mint or pulling out a phone," said Peter Dean, Directer of production.


-The theater stressed that attendees were aware of the phone free policy and that phones were locked in cases as people entered.


- The theaters statement read in part, "We are appalled that this policy has been violated and unauthorized footage of our acting company has been posted. It is deeply unfortunate that one audience member chose to disrespect the production, their fellow audience members and, most importantly, the cast in this manner.Taking naked pictures of anyone without their consent is highly objectionable and can have severe legal consequences," the statement said.

can this pick up glasses that can record videos?

Not even, asking for a friend, Huh?
And yes. It’s still a camera.

Between tech like that and super tiny cameras, I don't think they can ever completely mitigate the issue. But I'm sure it will help with the more casually rude patrons.

he sucks, but this is a good rule. people think that paying a ticket price means they can do whatever they want.

right? like that entitled asshole who went to see Company and when Patti threw a fit @ the panel asking them to wear their fucking mask properly, they had the guts to say 'I pay your sallary'. That person deserved to get their ass whooped.

Is that person still alive omg. I would go into witness protection if I ever insulted Patti Lupone.

It's all fun and games til we remember that those pics are assault. I feel bad for looking now...👀

at least you feel bad. a lot of people still don't care even though it's clear this assault and he did not consent to have pics and vids of him in the nude spread all over the internet 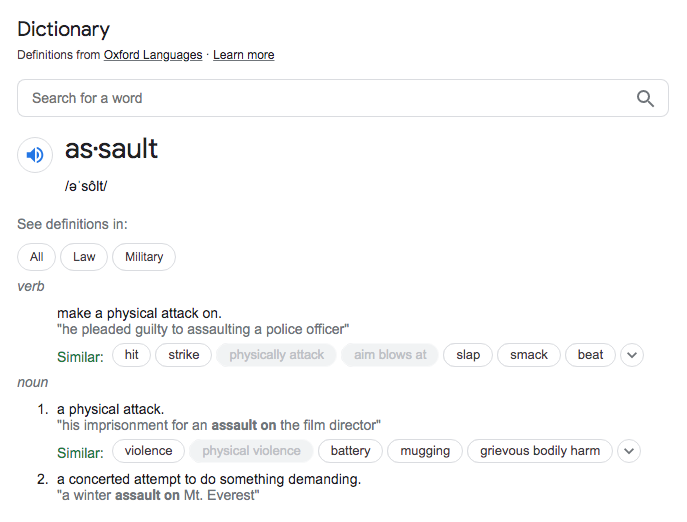 Okay, so he was violated.

I wish more places did this (even regular concerts). The last concert I went to, the warm up singer wore a very skimpy outfit which was fine but the number of men filming SEVERAL minutes of her performance was overwhelming and it felt really gross.

Last night I went to see John Mulaney, and they warned us prior that they would be essentially locking up our phones. First time it's ever happened to me, so I was like, "Let's see what this is about..." but now I know to just leave my phone in the car next time.

They took my phone and put it in this awkward, bulky little pouch that locks and can't be opened, and then you carry this pouch around with you.

Now I get why they did it, but it it was a fucking mess. Several thousand people trying to all leave at the same time is a pain as it is, let alone when you now have to stop by a designated area (with maybe 25 people working it) to get you phone bag unlocked. I was stuck in a crowd for an half an hour just to get out of the building, only to get in another long line to the cell phone people.

I couldn't help but think this was a recipe for disaster is there was a fire or a shooter (and not like anyone can get to their phones to call for help...)

There's got to be a better way to keep people from filming and taking pictures of things they're not supposed to. Idk what it is, but that shit was nuts.

I've been to a few shows that use Yondr pouches and never had an egress issue - they just had multiple people at each exit unlocking and taking the pouches as you passed - but I feel like the bigger the venue, the more inevitable problems are simply because of scale. At smaller venues like this, it's really not a huge deal.

I wonder if they could get self timing boxes for your phone to be in, so you lock it up at the beginning of the show like you said and then it unlocks when the show is over

I've only used that pouch once. I was in the theatre when Ali Wong was recording her second Netflix special so I thought it was reasonable. I agree it would be bad in an emergency but I am also sick of going to shows and performances where people have their phones out the entire time.

as long as the venue sets it up correctly they are pretty quick cuz that sounds like Yondr pouches like the other commenter said. the shows ive been to that used it were like 3-4k capacity size so it just sounds like the venue didnt bother to have enough unlock tools? on the way to the exits were spread out workers with the unlock tool or the unlock tool affixed to a stand. just a quick walk by, unlock, drop the pouch into big container and on my way.

I saw John Mulaney as well and have also seen those Yondr bags at Jack White shows. I do see your argument around if there was a shooter situation, but I think generally as long as a venue is organized it isn’t that much of an inconvenience. Both the venues I went to doing it got us in and unlocked our phones when we left really quickly.

Sorry but anyone who lets an entertainment venue take or lock up their phone is an idiot, for the exact reasons you stated

That' s a good point re:fire/shootings.

It would probably make more sense to have something physically blocking the lens of the phone so that you can still use it but can't take photos.

It's called Image Based Sexual Abuse. That is the official term. Could be helpful for OP to include. We have new laws about it here in Ireland

I wonder if the internet (and some ppl in this community lbr) will realize now how awful this is for him and the rest of the cast? It's like signing up to be a nude model for a painting class and having some creep snap a photo of you and tag you in it online

just don't roll out this in cinemas, i still need people to pirate movies for me.

not a dig at you, i knew what you were going for but i can never see pronhub mentioned and not go "fuck them!!" lol

AZnude has a copy of it

Men only do the right thing when it effects them.

Quit pointing them pencils and ?s at me. Sharing nude pics have always been wrong but no one gave a shit cause it was of women. Now men are being effected cause pics being taken of them so they finally doing the right thing and trying to safeguard performers.

The pencils are good! They mean "yas keep writing"

Lmaooooo I was agreeing! 😭 I always take the pencil emojis to mean 'facts'

lol i thought nyc theater was broke? do your thing helen hayes

I don't know anything about this. So, was he only showing his dick to the audience or....?

It’s a play about baseball that takes place in locker rooms, hence the male nudity.

a million women get their photos taken/leaked without their consent and no-one gives a fuck until there's dick involved?

Mte. All the "but if it were a WOMEN" takes were eyeroll inducing. No one would care and these safeguarding steps would never have have been taken, end of story.

PUT YOUR PHONE AWAY AT THE THEATER AND THE MOVIES

also, don't take/spread nude pics of nonconsenting people. All of those things are true separately and together and I can't believe they have to be said ghdjfjfbkrjdhchcn
Previous
← Ctrl ← Alt
Next
Ctrl → Alt →