The mess just got messier — in the best way possible.
For her 12th and final day of messy, @katiethurston revealed that she’s dating a contestant from her season of #TheBachelorette she eliminated during the second episode 👀https://t.co/6FG7VtIVBC

However, she didn’t give her ex-fiancé a heads up and then was surprised by the backlash. Her new boyfriend, John Hersey, has since posted an open letter on Reddit, defending Katie, which fans ripped apart.

The "12 Days of Messy" featured a short video about a contestant from her season every day, who she matched with a specific Taylor Swift song. 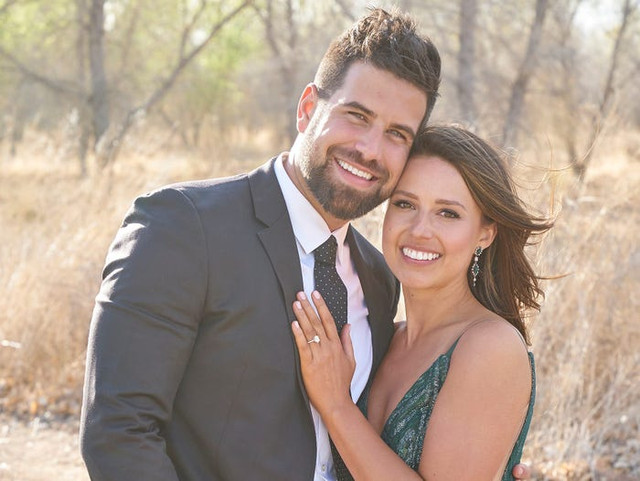 The "12 Days of Messy" began with an instagram story about Blake, who was matched with Swift's song "We are Never Ever Getting Back Together." It ended with an instagram story of John Hersey, a contestant she kicked off the show during week two. He was matched with Swift's song "Begin Again." Another story revealed the two kissing.

Now she has been accused of emotionally cheating on Blake for the past 6 months. He lives in Ontario, Canada, and she lives in San Diego, California. He was also in Africa for a month working with "Soldiers for Wildlife." Blake was Katie's final choice after runner-ups Greg and Michael asked to leave the show early. Katie has deleted all photos of Blake from her socials, including the post about their break up.

Blake has responded on a podcast. The recap can be found here.