Season Three dropped on Friday so that means everyone had the opportunity over the weekend to binge Season Three of Sex Education. This is 100% an excuse of a discussion post, and contains SPOILERS so please do not enter if you haven't watched and do not want to get spoiled.

1. Otis' struggle 'stache. OP went to a co-ed Catholic High School with a strict uniform and hair policy, meaning no boys were allowed to have struggle moustache's. Unfortunately Moordale High doesn't have a ban on unsightly facial hair on boys. 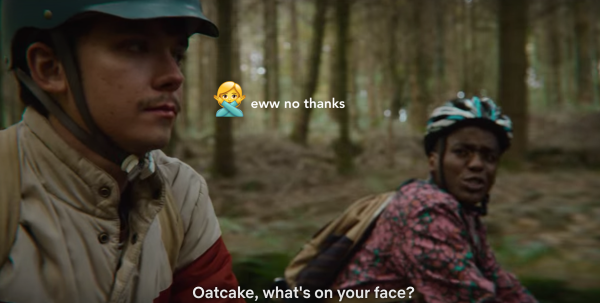 2. They gave us Ruby x Otis and BROKE THEM UP?! Wow wtf. Rotis/Rubis actually made sense and rounded both their characters out. And having them break up after she told him she loved him because Otis is STILL being hungup about Maeve? OMG EYEROLL. 3. Making Eric a perpetual cheater. Eric's family trip to Nigeria was cute, but like are they trying to insinuate he is just going to cheat on all his boyfriends? I feel like this show likes to set up characters and then just get too lazy to actually write meaningfully strong romantic relationships without drama. 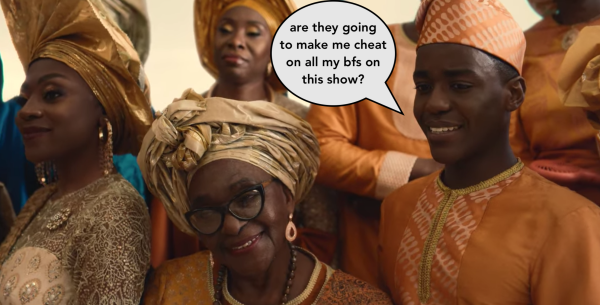 4. That poo storyline on the bus. Disgusting, I had to skip it, I can't stand any type of plotline that uses shit to further the story. No thanks.
5. Beating Maeve x Otis with a dead horse. Does anyone actually like these two together? How can they have dragged this will they/wont they for THREE SEASONS? People are allowed to move on, and these two are clearly toxic for one another, they expect us to root for them when they even suck as friends? I'm glad Maeve went to The States instead of holding herself back for Otis, but if they try and force us with this shit in season 4, I'm going to write Netflix A LETTER! 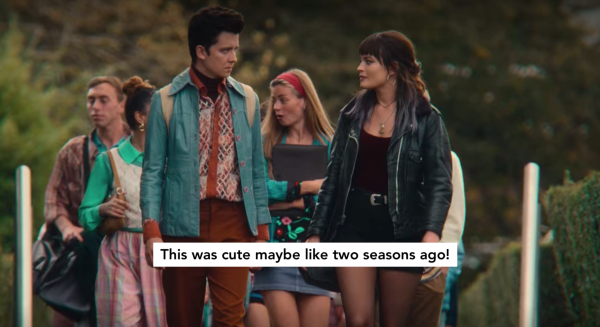