'VENOM: LET THERE BE CARNAGE' Post-Credit Scene has leaked online and IT'S A GAMECHANGER!! 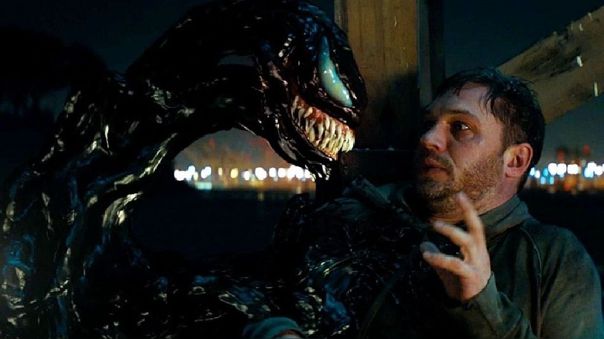 (Image is from Venom 1, calm down)

A lot of people attended a fan screening event of Venom and while the reviews are good, people are FREAKING OUT about that post credit scene.

So... what happens in the post credit scene? (for the ONTDdoesntRead crowd).

[Spoiler (click to open)]After killing Carnage, Venom tells Eddie that he can show him a few seconds of what his people have been doing, Eddie's environment changes and in his TV you can see the final moments of 'Spiderman: No Way Home' in which J.Jonah Jameson plays Mysterio's video saying that Spiderman is Tom Holland's Peter Parker. Venom licks the TV screen saying 'He looks tasty, Eddie', while Eddie looks confused.

The scene is a game changer since the Sony movies have not been considered part of the MCU, and this would be the first time the film acknowledges Tom's Peter, probably due to the Multiverse merging after the Loki series finale.

VENOM: LET THERE BE CARNAGE Fans Are Freaking Out Over POST-CREDITS SCENE After SCREENING EVENT! https://t.co/jLwJOPXayw pic.twitter.com/BFc4zSDkBg

And people's reaction kinda confirmed it. Tom Hardy himself asked people not to reveal what happens in the post credits scene:

Tom Hardy came on stage before the film to remind us to keep our lips sealed about the post credits scene.


And some guys managed to record the audio of the post credits scene:

Here is the post credits scene of Venom 2 in audio. This is amazing! 💯 #Spoilers pic.twitter.com/FqfHm1GVIG

ONTD, were you expecting that?