As the Industry Cheers Dolce & Gabbana, Don't Forget Their Not-So-Brief History of Being The Worst 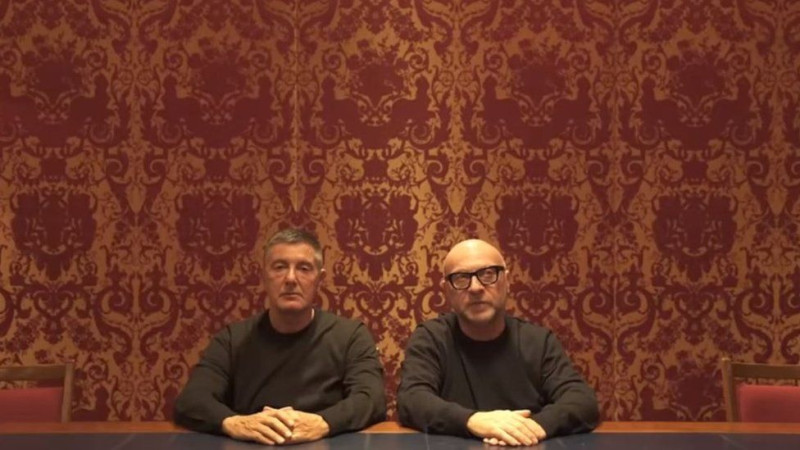 Dolce & Gabbana's Alta Moda show, staged in Venice over the weekend, seems to have given the fashion industry collective amnesia.

The abundance of A-list attendees, as well as the collection's embrace by the fashion gatekeepers, beg the question: does anyone remember Domenico Dolce and Stefano Gabbana's pattern of racist, homophobic, and all-together crude remarks?

*2013: Gabbana attended a party in blackface.

*2017: D&G responded to the outcry over their support of Melania Trump with a rather tasteless campaign touting "#Boycott Dolce & Gabbana" T-shirts, made with the explicit purpose of trolling the brand's critics. *2018 (1): D&G were called out for launching a racist ad campaign that depicted an Asian model attempting to eat Italian dishes with chopsticks. "Is it too big for you?" a voice-over (male, of course) condescendingly queries as the model fails to pick up a giant cannoli using chopsticks.

*2018 (2): After an IG user posted about the racist campaign, Gabbana allegedly slid into her DMs to write, "China Ignorant Dirty Smelling Mafia."*2018 (3): Gabbana deemed it appropriate to comment "She's so ugly!!!" on a 2018 Instagram post about Selena Gomez's red carpet style.

No matter how opulent the fashions, it's baffling how quickly celebrities and journalists alike seem to have forgotten Dolce & Gabbana's outdated values.

As the fashion industry fails to hold the brand accountable for its long history of racism, misogyny, and homophobia, an old adage comes to mind: love — at least of Venitian photo ops and sequined frocks — is blind.


ONTD, have you ever invited most of today's hottest black celebrities to your fashion show, to distract from your long history of racism and gotten away with it?