Free Guy stayed #1 this weekend with $18.8 million. The film saw an incredible hold by only dropping 34%, one of the lowest drops this era.

Overall gross dropped to $63 million, back to levels not seen since mid-June.

Next weekend Candyman finally drops and is the only studio film set for release. 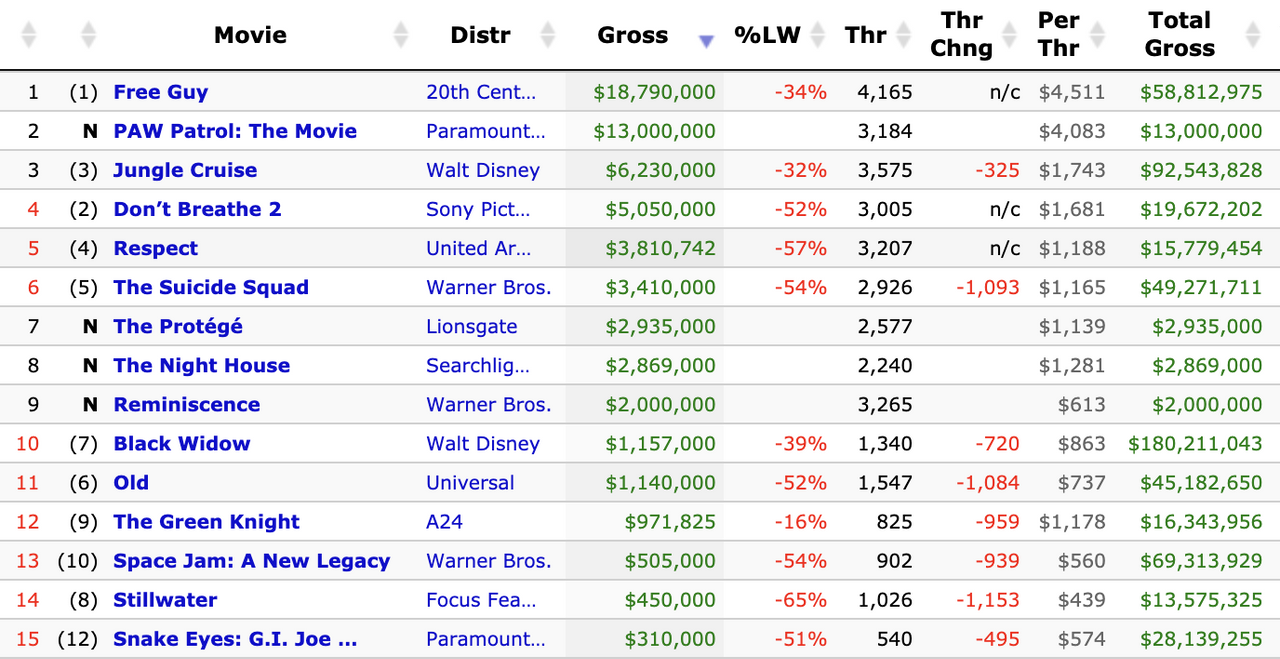