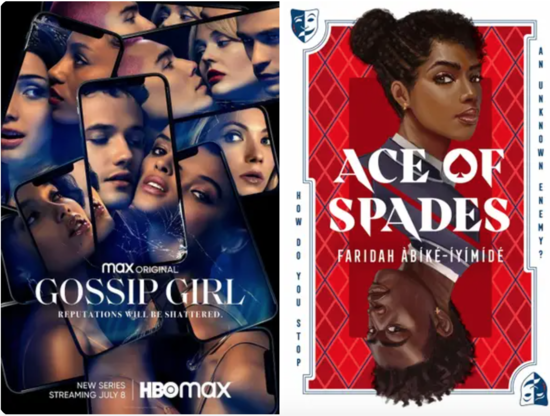 If you watched: Gossip Girl (2021)
You should read: Ace of Spades by Faridah Àbíké-Íyímídé

About: An incendiary and utterly compelling thriller with a shocking twist that delves deep into the heart of institutionalized racism, from an exceptional new YA voice.

Welcome to Niveus Private Academy, where money paves the hallways, and the students are never less than perfect. Until now. Because anonymous texter, Aces, is bringing two students' dark secrets to light.

Talented musician Devon buries himself in rehearsals, but he can't escape the spotlight when his private photos go public. Head girl Chiamaka isn't afraid to get what she wants, but soon everyone will know the price she has paid for power.

Someone is out to get them both. Someone who holds all the aces. And they're planning much more than a high-school game... 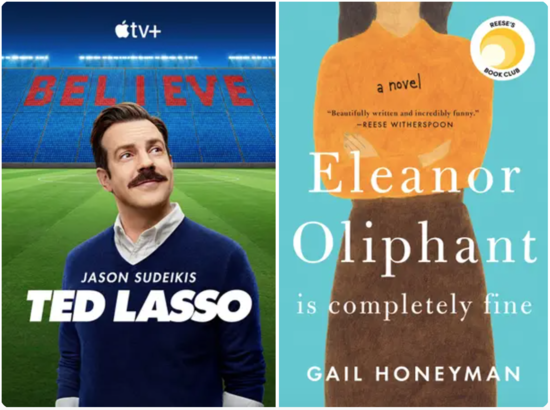 If you watched: Ted Lasso
You should read: Eleanor Oliphant is Completely Fine by Gail Honeyman

About: No one’s ever told Eleanor that life should be better than fine

Meet Eleanor Oliphant: she struggles with appropriate social skills and tends to say exactly what she’s thinking. Nothing is missing in her carefully timetabled life of avoiding unnecessary human contact, where weekends are punctuated by frozen pizza, vodka, and phone chats with Mummy.

But everything changes when Eleanor meets Raymond, the bumbling and deeply unhygienic IT guy from her office. When she and Raymond together save Sammy, an elderly gentleman who has fallen, the three rescue one another from the lives of isolation that they had been living. Ultimately, it is Raymond’s big heart that will help Eleanor find the way to repair her own profoundly damaged one. If she does, she'll learn that she, too, is capable of finding friendship—and even love—after all.

Smart, warm, uplifting, Eleanor Oliphant Is Completely Fine is the story of an out-of-the-ordinary heroine whose deadpan weirdness and unconscious wit make for an irresistible journey as she realizes. . .

the only way to survive is to open your heart. 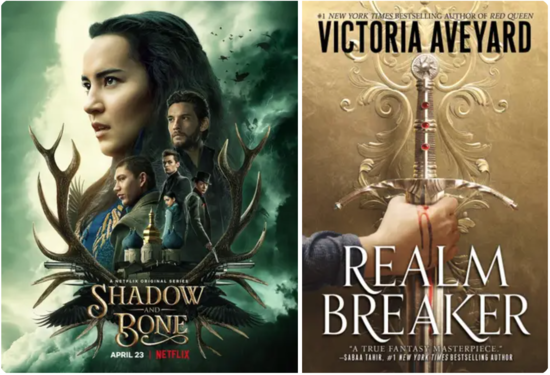 If you watched: Shadow and Bone
You should read: Realm Breaker by Victoria Aveyard

About: A strange darkness grows in Allward.

Even Corayne an-Amarat can feel it, tucked away in her small town at the edge of the sea.

She soon discovers the truth: She is the last of an ancient lineage—and the last hope to save the world from destruction. But she won’t be alone. Even as darkness falls, she is joined by a band of unlikely companions:

A squire, forced to choose between home and honor.
An immortal, avenging a broken promise.
An assassin, exiled and bloodthirsty.
An ancient sorceress, whose riddles hide an eerie foresight.
A forger with a secret past.
A bounty hunter with a score to settle.

Together they stand against a vicious opponent, invincible and determined to burn all kingdoms to ash, and an army unlike anything the realm has ever witnessed. 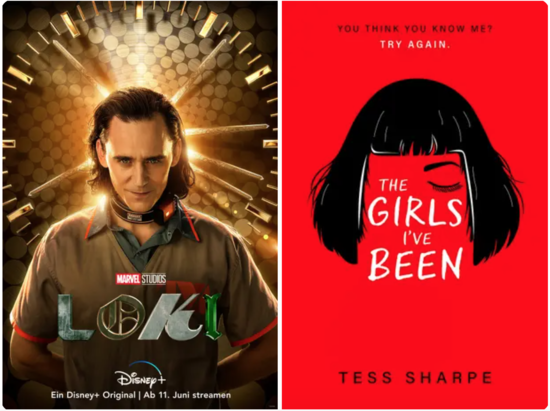 If you watched: Loki
You should read: The Girls I've Been by Tess Sharpe</font>

About: A slick, twisty YA page-turner about the daughter of a con artist who is taken hostage in a bank heist.

Nora O’Malley’s been a lot of girls. As the daughter of a con-artist who targets criminal men, she grew up as her mother’s protégé. But when mom fell for the mark instead of conning him, Nora pulled the ultimate con: escape.

For five years Nora’s been playing at normal. But she needs to dust off the skills she ditched because she has three problems:

#1: Her ex walked in on her with her girlfriend. Even though they’re all friends, Wes didn’t know about her and Iris.

#2: The morning after Wes finds them kissing, they all have to meet to deposit the fundraiser money they raised at the bank. It’s a nightmare that goes from awkward to deadly, because:

#3: Right after they enter bank, two guys start robbing it.

The bank robbers may be trouble, but Nora’s something else entirely. They have no idea who they’re really holding hostage… 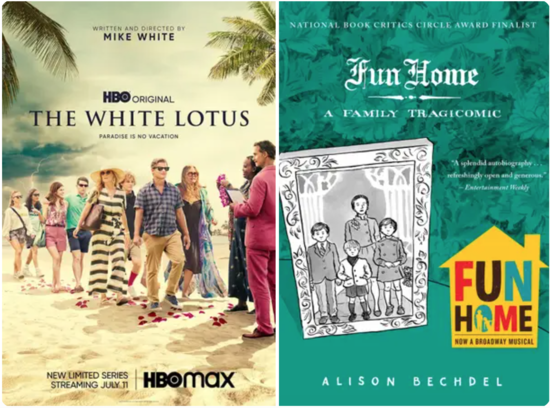 If you watched: The White Lotus
You should read: Fun Home: A Family Tragicomic by Alison Bechdel

About: In this graphic memoir, Alison Bechdel charts her fraught relationship with her late father.

Distant and exacting, Bruce Bechdel was an English teacher and director of the town funeral home, which Alison and her family referred to as the Fun Home. It was not until college that Alison, who had recently come out as a lesbian, discovered that her father was also gay. A few weeks after this revelation, he was dead, leaving a legacy of mystery for his daughter to resolve.