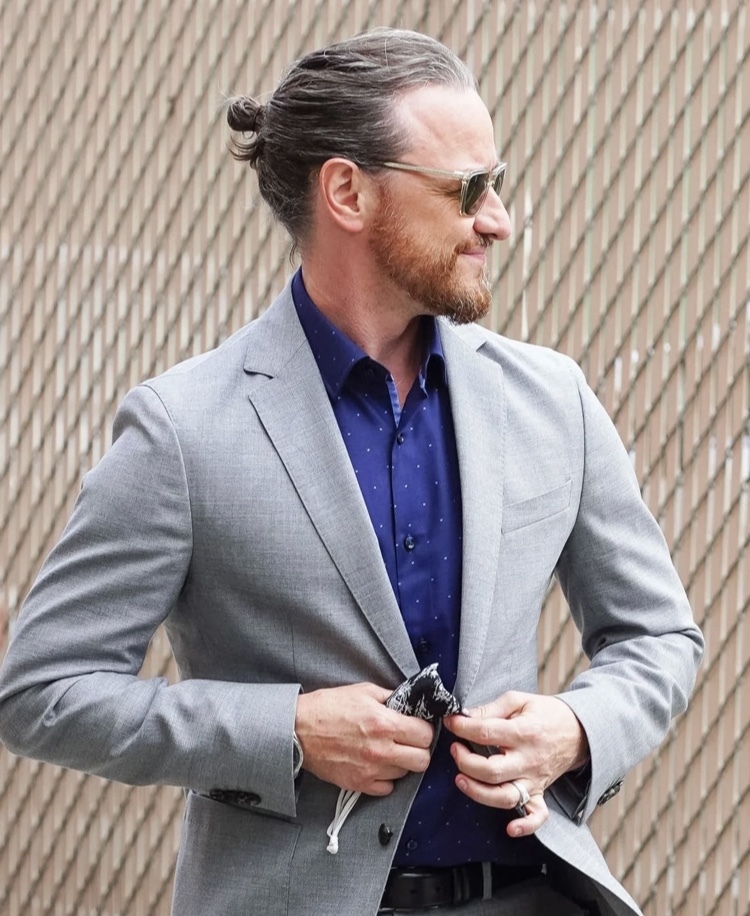 James McAvoy, 42, defended the “man bun” while appearing on Jimmy Kimmel Live on Wednesday night, with guest host Sarah Silverman. Sorta. During the interview, Silverman, pointed out that he styled his hair in what most people would call a “man bun” – but explained why she would not call it that. “I call it a bun. I feel like ‘man bun’ is like saying, ‘lady pilot,’” she joked.

McAvoy agreed, saying, “Yeah, thank you. That joke is not getting the laugh that it should because people are confused. But they shouldn’t be. And the reason they shouldn’t be is because you’re right.”

“I decided to grow my ‘bun bun’ because we just needed to show some passage of time. I didn’t want to wear a wig, so I was like, ‘Maybe we can do something. I’ll grow my hair, and I’ll have it long but then I’ll do a man bun,’” he told Silverman.

“Also I thought, buns on a guy — not a man bun, but a bun happened to be styled by a fella. There’s just something slightly comedic about it and funny about it, right?” McAvoy continued. Then he pointed to the bun and the audience laughed. “See?” he said. “I just had to point to it, and you laughed.” After filming Together, the actor decided to keep the bun. “Now I’m just wandering through life being mildly comedic for nothing more than my bun bun.”

Open to: All, detailed results viewable to: All. Participants: 195