ontd original: Why you should give Sony's "Vivo" a Look

Starring Lin Manuel Miranda and Zoe Saldana...wait, I'm supposed to convince you to watch the movie, not ignore it.

Starring Nicole Byer, Bryan Tyree Henry, and other people you may recognize, Vivo is Sony Pictures Animation's 3rd movie of 2021 and the second one to be sold to Netflix in wake of 2020 Events.

A one-of-kind kinkajou goes on a trip to deliver a love song on behalf of his owner. That's somewhat simplifying it. But let's go.

It takes place in Florida

And for once, we're not the butt of the joke.

This is in reference to...plastic birds wearing hats! Which yeah that's weird!

There's an allusion to our strangeness from the eyes of Vivo, but that's it. The location is a cool little town, The Everglades, and Miami.

Continuing what The Mitchells started earlier this year, the main human character is Gabi, a short little girl with purple hair and a love of bad music, just like her father. Honestly, she's not that weird, but how often have you seen weird girls of color in an animated movie? Rarely, right? 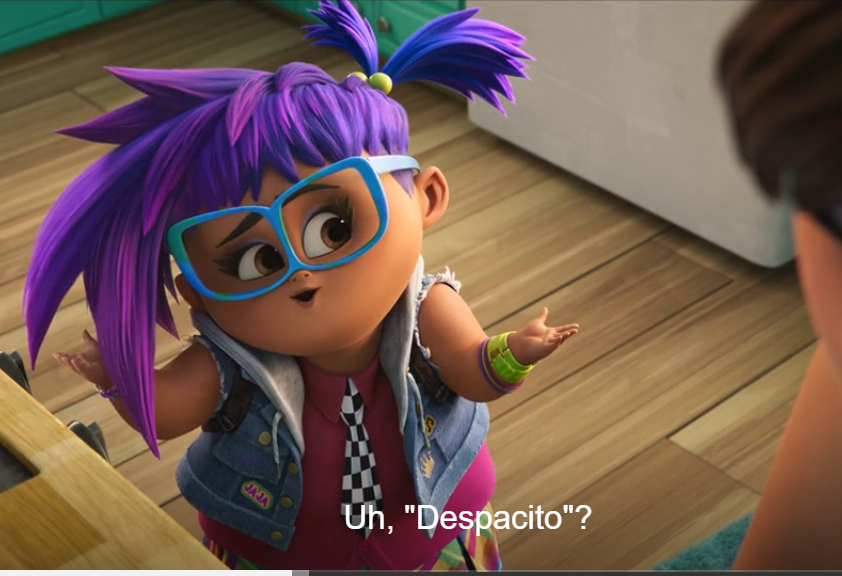 Though tbh she's not that weird, she is funny.

She's voiced by Ynairaly Simo, a newcomer who is super good. In a world where a bunch of non-voice actors are constantly cast in animated films doing poor work, I'm glad this girl actually has the talent!

The Music is Actually Good

I'm not as Against LMM's music as much as other people are - and no, I did not get swept up in Hamilton. I like a  handful of songs, but find his style is too Broadway and doesn't quite fit in a movie, despite people forcing him into them.

My favorite is, well, it's not a spoiler bc it's shown in the trailer, but it's not what you expect from a commercial product (at least the first 20 minutes).

You can have the 3rd best song, though! It's still kind of spoilery near the end, so close your eyes.

There's about 3 they could push for best original song, my bet is they're going with the last one. I mean, it is Gloria Estefan singing!


It's not the greatest animated movie of all time...or even the year (I still think that's "Luca"), but the concepts are definitely different.