#JungleCruise docks with $34 million in theaters, $30 million on Disney Plus https://t.co/XHGWZqo9a4

Jungle Cruise debuted at the top spot this weekend with $34.2 million from 4,310 theaters. The film took another $30 million from Disney+ Premier Access and $27.6 million from international markets for a $92 million haul. The film recieved mixed reviews from critics but took an A- from Cinemascore.

The Green Knight took 2nd with $6.8 million, well ahead of the $4 million debut initially expected. The critically loved film took a hit from audiences with a C+ Cinemascore.

Old followed close behind at 3rd with $6.7 million, dropping 60% from its debut last week. Black Widow took 4th with $6.4 million. Stillwater debuted in 5th with $5.1 million. 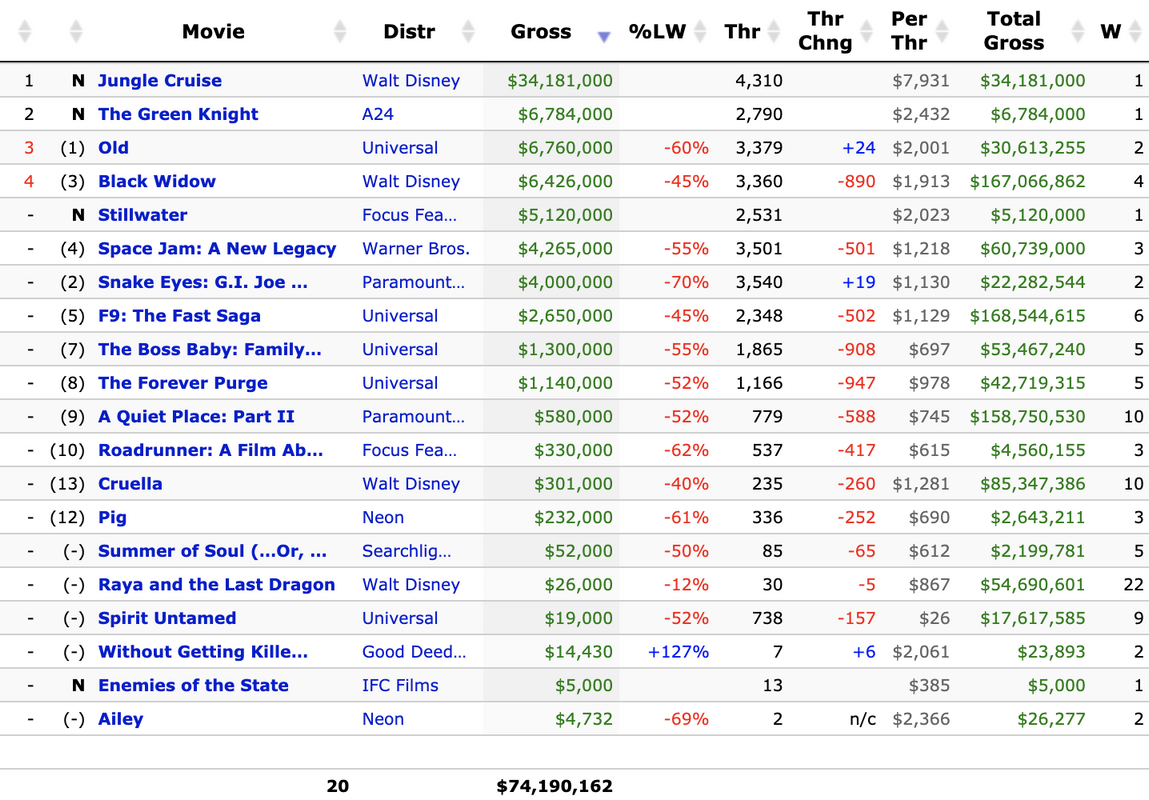