In a neverending series of men-are-trash, Tatsuhisa Suzuki (37), a quite well-known voice actor and vocalist of rock band OLDCODEX, has cheated on his wife LiSA (34), as reported by Bunshun this afternoon.


Japanese twitter is currently trending with 裏切りの紅蓮華 (Uragiri no Gurenge, lit. Treacherous Crimson Lotus) and 下半身Free (Shita-hanshin Free, lit. Bottom half of a body Free), in behalf of this recent scandal.

According to the article, Suzuki was spotted together with a woman in her 20s (who Bunshun goes by as A-ko to protect her identity) at hotel "M "in Shibuya area. They met at work last year, and things started to escalate this Spring. A-ko, who works as a recording staff in a studio, is a big fan of anime and voice actors in general, so she was very happy to become friends with Suzuki. Since this Spring, Suzuki has been calling her to hotel.

A-ko also boasted about this relationship in her locked social media account, and doesn't even seem to feel apologetic about it at all. She doesn't mind being 'number two', even went as far as saying 'every voice actor is a player after all' (声優なんて皆、遊んでいるから). They meet once every 2-3 weeks at hotel M, in which one time they even celebrated A-ko's birthday party. 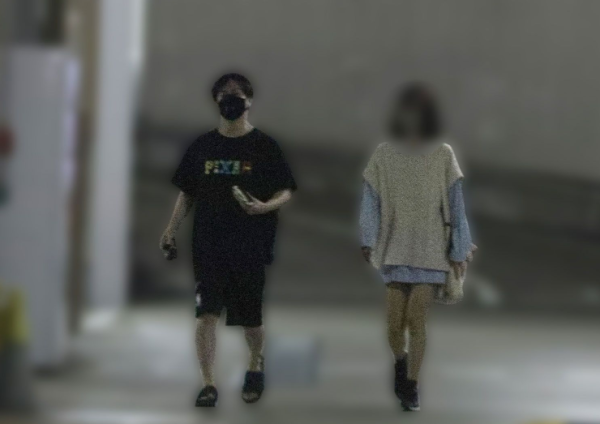 On July 16-17, LiSA held a 2-day live in Nagoya, so she wasn't home. Suzuki brought his mistress A-ko to their house, they stayed together for a few hours before A-ko went back to her home. But this wasn't the only time A-ko went to Suzuki and LiSA's house, they were seen together back in June as well.

A person who's involved in music industry also told Bunshun that Suzuki's drunk behaviour had gotten worse, and he (Suzuki) is not exactly a 'high moral' person. LiSA has been complaining about this issue to people around her. LiSA herself came from a divorced household, with her father leaving family since she was a child.

Earlier today, the reporter of Bunshun had confronted Suzuki about this issue, but he denied and said he doesn't know A-ko. He, then, went speeceless when Bunshun showed the receipts and got on taxi without saying nothing else. For A-ko, she ran away before they had a chance to ask anything.

As of right now, there has been no official comments on this issue from either Suzuki or LiSA.

Suzuki and LiSA just annouced their marriage last year in January, and received a lot of blessings from fans, fellow anison singers and voice actors.

Suzuki's famous anime roles included Free!'s Makoto Tachibana, Uta no Prince-sama's Ranmaru Kurosaki, Kuroko no Basket's Kazunari Takao, Tokyo Revengers' Ken Ryuguuchi, and many more. LiSA is an anison singer with many big hits like Fate/Zero's oath sign, My Hero Academia's Datte Atashi no Hero, and the most recent Gurenge, from the edge and Homura, all of which were used as theme songs in Kimetsu no Yaiba.