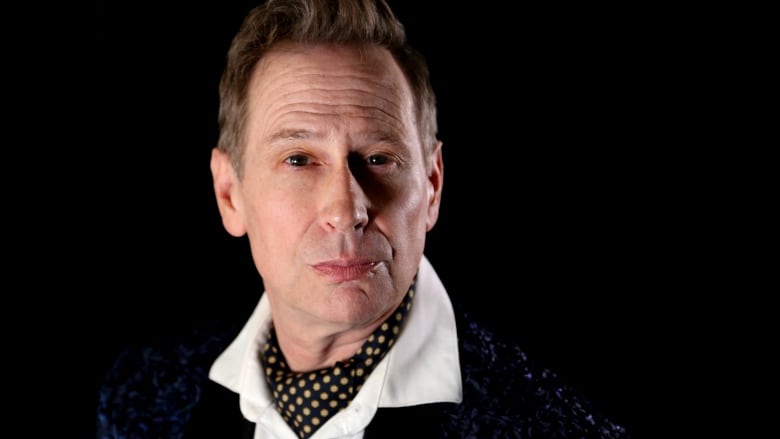 CBC has posted an interview with Scott Thompson and other cast members of The Kids in the Hall where they talk about the character of Buddy Cole, an unabashedly gay man who showed up in the series with fascinating and outrageous monologues. Like most things from the 80s–90s, parts of Buddy's monologues don't age well, but if you appreciated Buddy, the piece is filled with great quotes. They speak about the origins of the character, his evolution, and backlash, too.

He came about at the time when, in the early '80s, it wasn't that easy to talk about homosexuality and crazy gay stories. So he kind of took on a larger than life character and I think part of it was to not be afraid to be kind of a feminine gay man with crazy wild stories.
--Bruce McCulloch

The original idea was that Buddy Cole was a vampire who had lived for thousands of years so I think I probably just read Interview with a Vampire by Anne Rice and that was full of covert homosexuality.
And I just loved the idea of a queen like Buddy that's lived through thousands of years of history and never changed. I'm not saying that's what he is, but that was the original impulse.
--Scott Thompson

And what I also liked is that he wasn't a gay man who was just an interior designer. He also played that he had his heart broken, that he had sex, that he saw the world, he saw racism. He didn't shy away from big topics and I think gay characters often [at the time] were just considered fastidious men.
--Bruce McCulloch

Interestingly enough the backlash doesn't always come from the places you would think. Most of the backlash came from the gay community. And even today, it's exactly the same. Nothing's changed.
People try to hide the ugly parts and that's not healthy. People reacted badly two ways: you have your typical homophobic people that just didn't like that kind of a f-g and then you'd have the gay people who didn't like that being reflected. They'd rather put out a more socially acceptable picture and Buddy Cole would turn over the rock and show some of the darkness of gay life.
Activists never liked Buddy Cole. Never. Still to this day Buddy Cole makes people uncomfortable. And I'm absolutely fine with that.
--Scott Thompson

So he became a very powerful warrior character for me. I think people have a very hard time understanding what it was like for gay men back then. It was so terrible that I didn't know if I'd live. I was very, very kamikaze at the time. I basically said, 'I'm in the middle of a war, I might not make it through so what do I have to lose? Nothing. I got nothing to lose'. So that's what happened, I just went, 'This might end badly for me.'
--Scott Thompson
Buddy performed monologues about racism, AIDS, gay bars, being gay-bashed, corresponding with the Queen of England, and more. Much of the humour was meant to push boundaries and expose topics not spoken about or known by the majority heterosexual culture. Here's an absurd one about dinosaurs at the gay bar from December 1989 (cw: slurs):

Buddy was a controverisal figure then and now, but between Buddy's monologues on the show, the topics he raised, and the general presence of gay culture and characters beyond Buddy (including all the sketches filmed on "the Steps," a notable landmark in the Toronto gay village), The Kids in the Hall played a significant role in Canadian LGBTQ+ culture and awareness. There will also be an upcoming The Kids in the Hall reboot on Amazon.