The Audacity! C.A.A. Client Brad Pitt to produce film based on an exposé on HW

Brad Pitt is producing an upcoming movie based on an exposé on Harvey Weinstein.https://t.co/orpX3Vxr6L

Plan B will be producing the film based on the NYT best seller: "She Said: Breaking the Sexual Harassment Story That Helped Ignite a Movement"  by Jodi Kantor and Megan Twohey. These 2 NYT reporters helped expose Weinstein's history of abuse and sexual misconduct against women, the film will star Carey Mulligan as Twohey and Zoe Kazan will play Kantor.

This is funny coming from a C.A.A. client since this is the same agency that had at least eight talent agents that were informed that  Weinstein had harassed or menaced female clients, continue to arrange meetings with Harvey back in his glory days.

And what about Pitt, who gets acclaimed because he used his fame to defend then girlfriend Gwyneth against Harvey event that he t eventually forgot about  because he attended premieres of his films back in 2002: 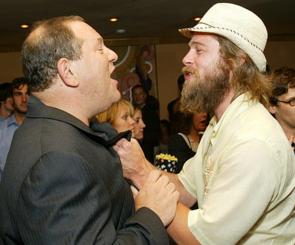 And went on to work on 2 more films for Weinstein's production company. Inglorious Basterds in 2009 and then in 2012 again for Killing Them Softly. The desperation for Oscars, am i right? 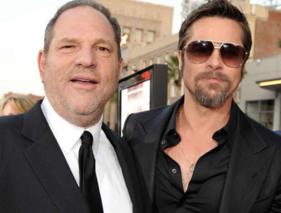 The question remains if this film will show his bff Quentin working with Harvey, Matthew Hiltzik helping Harvey kill a New York Times 2004 exposé (in case you don't know Matthew has been part of Brad's legal and PR team during his divorce years) or C.A.A. agents acting stupid and still sending their female clients to abuser Harvey. I guess they can always brush it off by saying the film will focus on the making of the article.

ONTD, are you complicit and when caught pretend to be jon snow and know nothing?
Tags: brad pitt, carey mulligan, film, flop, harvey weinstein
Subscribe