Valterri's Tire is Finally Off. We Race As One in Azerbaijan?? Well, Okay (Formula 1 Grand Prix)

Hello, it's an early start for those of us in the Western world, as the race begins 8:00 AM ET! But today, we begin Round 7 of 23 of the 2021 Formula 1 season and today we are in Baku for another city street circuit race. Last year, the Baku GP was postponed and ultimately cancelled due to COVID-19, but this year 20 drivers and their 10 teams and those crazy ass motorhomes are back along with Valtteri's new tire! 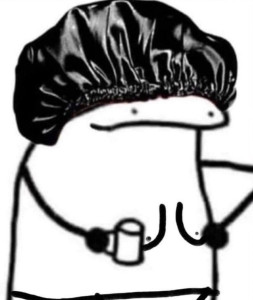 Qualifying was absolutely ghetto! What are these men doing?
- During Free Practice 2, Lewis Hamilton ranked 11th but turned it around in FP3. In FP3, Max Verstappen ran into the barriers during Turn 15
- in Q1, Aston Martin's Lance Stroll hit a barrier in Turn 15 practically taking out the front wing and front tires of the car, causing a red flag and pausing the Q1 session.
- The paused Q1 sessions was beneficial to Williams as George Russell's car had a water pump leak (the water pump is used to prevent your engine from overheating) and a the power unit needed to be changed. If Russell cannot complete qualifying, it is up to the stewards if he can start the race, due to the 107% rule
- Then we had a second red flag in Q1 as Alfa Romeo's Antonio Giovinazzi at Turn 15! Due to the red flag McLaren's Lando Norris is going to be investigated for either trying to overtake or not slowing down behind the safety car (OP screams in to the void: BULLSHIT!!!!!!)
- OP's fave (Sebastian Vettel) may get another penalty for exiting out of the pit lane unsafely trying to pick up a tow lol, but almost bumping in Red Bull's Sergio Perez who trying to come out the pit lane for Q2. Seb said, 2 Fast 2 Furious (but in German)
- With just 90 sec to go in Q2, McLaren's Daniel Ricciardo crashed into the barriers at Turn 3 which brought out a third red flag as Vettel was trying to complete a hot lap. As we know, the red flag comes out which means cars must slow down. However since the fastest time was set at 1:41, it's impossible get a time faster so the session was stopped, blocking Ricciardo's former teammate, Vettel, from trying to improve and bumping him from Q2.

- but look at AlphaTauri on the come up! Welp, never mind. Looks like Yuki Tsunoda crashed into the barriers and Carlos Sainz lost control and gave us some Tokyo Drift with like ten seconds left for a gawddamn fourth red flag
- Also, if you want to know why Valterri started to drive like Jennifer Slopez in Q3, he's trying to gain a tow from the other car

CHARLES LECLERC IS ON POLE POSITION‼️

4th: Pierre FUCKING Gasly with one of his best ever qualifying performances

Lando Norris was given a three place grid penalty for not entering the pit lane under the red flag and he was also given three penalty points. He claims he couldn't re-enter the pit lane safely at his speed, but also did not slow significantly to do so. You can read about it here. Each driver is allowed up to 11 penalty points that can be on their super license for a year before expiring, if a driver accrue 12, they are subject to a race ban, where they'll sit out one race. The penalty points drop off after one year, so Norris's will expire June 5th, 2022. Yes this is weird since we are already in the middle of the season, but hey that's the FiA. The last race ban happened in 2012 when Romain Grosjean (Lotus) was forced to sit out the Italian GP due to causing a nasty crash at the opening lap of the Belgian GP, taking out championship contenders Lewis Hamilton and OP's Messy King Fernando Alonso along with three other drivers.


A lil recap from The Moving Bricks


The biggest upset was that the Curse of Monaco for Charles Leclerc was not taking any vacation and the Scuderia Ferrari driver for the fifth time did not complete a race in his home country. He could not start the race at all after a crash in qualifying which resulted in an issue with the driveshaft. Lewis who usually never has a good Monaco continued that tradition, qualifying P7 and ending the race P7.

All my Seb fans to the front baby!!!!!!! The Aston Martin driver brought home his first points of the 2021 season finishing P5! Prayer Circle for more.

A New Leader Has Emerged
For the first time ever, Max Verstappen and Red Bull Racing (in the era of Mercedes dominance) now lead the Driver's and Constructor's Championship. Before, Mercedes's closest competition was Sebastian Vettel in the 2017 season at the Scuderia Ferrari

Here are our standings!

In case you missed it...

We have new leaders in BOTH championships! 👀#MonacoGP 🇲🇨 #F1 pic.twitter.com/ttVwFTme73

Ah damn, this guy must have the worst luck. After coming in for a pit stop, the front right tire wheel nut decided it didn't want to leave and the tire couldn't be changed. And with that Bottas set a record he didn't want for the world's longest pit stop lasting 43 hours. Oh yeah, the Mercedes Team Principal Toto Wolff implied the failed pit stop was Valtteri's fault saying he stopped to early... goooooooorl. Valtteri you betta go on whatever the Finnish equivalent of Indeed.com is 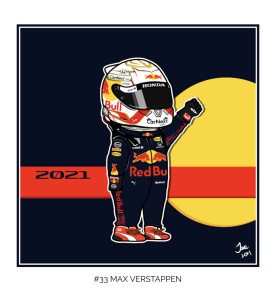 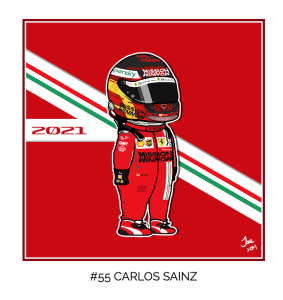 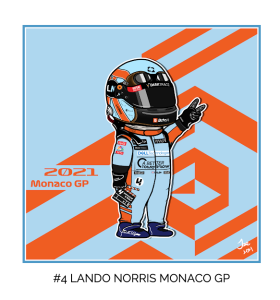 ONTD Constructor's Championships, y'all getting DNSs like Charles Leclerc
For the Monaco GP, OP put together a trivia contest (giving away money!) and the winner by default who actually did a wonderful job at the trivia was

maeir who won 1st Place. So for those who did not answer, there's still a chance! See below! 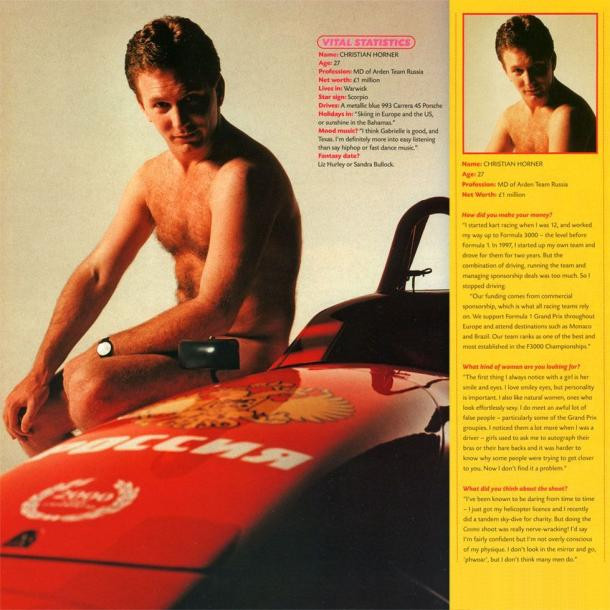 
Red Bull Gives You Wings, But Lewis Hamilton ain't having that


In a world where rich men's default mood is petty, we've got some technical problems. So... children sit down for this story, Mercedes-AMG have protested the rear wing on Red Bull's car which the degree to which it flexes gives them great advantage on the straights and will help them in Baku. But did you think Christian Horner and Helmut Marko would sit idly by? They have counterprotested saying that Mercedes's front wing flexes too much. In what we all want, the FiA could deem both cars and their wings deemed not legal and they could be disqualified... but we can dream. Mercedes has said that if their protest isn't resolved, they going full on Karén mode and escalating their protest to the International Court of Appeal. The wings are supposed to be tested rigorously, but not until the French GP in a few weeks, so as of now the wings are legal. This debacle will affect many teams, not just the top two. But isn't really too big of a deal unless Mercedes takes it to the ICA, but I'm extra and will find mess in anything, it's the Real Housewives viewer in me... and men are messy and extra.

No one's going to skip their own team...right?

Ladies and Gentlemen, Start Your Engines 🏎 🥛

Many Formula 1 drivers have entered the world of Indy Car and the endurance race the Indy 500, like Fernando Alonso, Marcus Ericsson, Takumo Sato, Nigel Mansell, Juan Pablo Montoya and many more. Arrow McLaren had three competitors this year one racer being JP Montoya, but the victory was with now 4-time Indy Car Winner Helio Castroneves, the 46 year old from Brazil overtook some kid half his age (Alex Palou) in the penultimate lap to bring it home. OP thought Castroneves was going to hug every attendee after his win, but he's a racing icon partly due to his personality. Pole sitter and original favorite Scott Dixon had a faulty pit stop in which the car ran out of fuel but then couldn't restart at the refuel costing him a lap. Defending champ (and former F1 driver) Takuma Sato came in at 14th. In all honestly, a super fun, fast and clean race - super exciting! Also not going to lie, I like the presentation of the wreath and ring for the race winner, feels cool and old school.

How do the cars even compare?

It's his first victory for Red Bull, and only the second of his career!

He took P1 after Max Verstappen's crash, and had to hold on during a dramatic restart after the red flag#AzerbaijanGP 🇦🇿 #F1 pic.twitter.com/65WmuCXunG

The up and coming motorcyclist was just 19


Dupasquier, a Moto3 cyclist for the Prüstel GP team, was involved in a devastating crash during his qualifying lap in Mugello on May 29th. He was later hospitalized but succumbed to his injuries. He was just a kid, it's one of the very bittersweet things about motorsport as we've lost some people so tragically who died trying to achieve their dreams. RIP Jason.

Apologies y'all as I don't have a lot for this post compared to others, been quite busy and tired and need my power unit changed lol. But in a couple of weeks, I'll be on top form for the French GP.