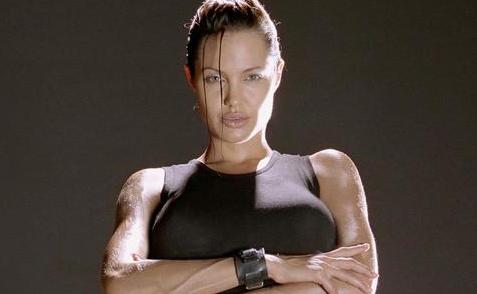 Today is Angelina Jolie's 46th birthday and in honor of that i have made a top 8 of what i consider to be her best films. Most of the spots are based on replay value, with 2 of them being based on the fact that they are (to me) her best performances.

The film is about a reporter who gets told by a psychic she interviews on the street that she has one week to live. This is Angelina's third attempt at romantic comedy, the film was a flop but i love it tbh and it sucks that i can't seem to find the film anywhere now since TNT used to play this movie a lot back in the day. Edward Burns is so handsome in it too.

Detective Angelina is called in by French Canadian police to catch a serial killer who takes on the identity of each new victim. This was actually a tie between The Bone Collector and Taking Lives but since i see The Bone Collector more as a Denzel film, i went with Taking Lives. I love crime thrillers and this film is one of those where you kind of suspect who the bad guy is from the very beginning but still kind of doubt?, the last scene with the twist it's pretty good.

E LE VA TION! Her first leading action role, eventhough the film is not groundbreaking or anything, i can't help but love it mostly for nostalgia reasons and because damn! she looks so much like the video game character. This casting is right up there with the Hugh Jackman as Wolverine in the sense that they ARE that character. Angelina's Lara should get a farewell film a la Logan in my opinion, where Lara is more matured and wiser but also a bit over it.
Source: https://www.youtube.com/watch?v=VlCylyAKpGA

An action film starring Angelina Jolie. The film was first made with Tom Cruise in mind but when he couldn't take on the role the script was adapted to have Angelina  play Agent Salt, i am still waiting for the sequel. This is also the only film that has offered good wigs to Angelina Jolie.

This one of the 2 films i told you about not being much on replay to me due to the fact that Angelina's Lisa is DARK and Brittany's Daisy ending and just life in general is just sad so i don't watch it a lot. Great film tho, i recommend you to watch it if you haven't yet.

Hack the Planet! Campy and so "futuristic" mid 90's, definitely a cult classic. Last year the film's creator was interviewd about the film and asked if he would work on a sequel, he said that you never know but that nowadays it would be difficult to make a hacking film because things keep changing in the hacking world. I think if they were to make a sequel should be a la "Bill and Ted", make it similar to the first one in the campy and low budget sense. And of course the Fashion!


The rise and fall of Gia Carangi, a fashion model from the late 1970's. This is the film that introduced me to Angelina and eventhough it's not the one i have seen the most, it is (to me) her most memorable performance. This is the type of film that you only have to watch once and  have it stay with you for a while, very very sad.. Gia and Linda will break your heart and so will this supermodel's life.