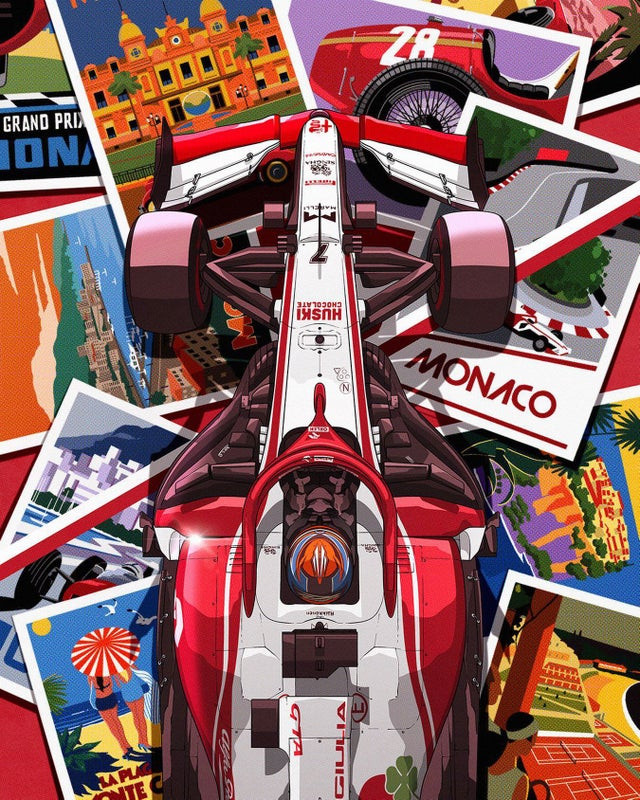 Hello, fellow brokies! After being cancelled in 2020, the Monaco GP is back on the 2021 calendar. Beloveds this post is pretty content heavy so bear with me. Today we continue with Round 5 of 23 in the Formula 1 2021 season and today we touch down in the most prestigious race circuit in the most prestigious motorsport - the Principality of Monaco, home of Scuderia Ferrari driver Charles Leclerc. Also quite a few drivers have places there, so it's likely some of them just fucking walked to work this weekend. Yes, yes, yes, Monaco is very *O'Jays voice* Money, money, money... money! But besides Silverstone, Monaco is incredibly historic and can be lead to some exciting races and the vibes. Let's take a look back at some of Monaco's exciting moments. (Also this needs to be a night race, maybe Singapore could deliver for us this year)

Excuse me, did this Twitch streamer really just copy my prize idea? It's Tracing Point all over again.


What's been happening in Free Practice and Qualifying?
- Charles Leclerc and Carlos Sainz (Scuderia Ferrari) had a some strong practice times, so it's not farfetched he may take pole in his hometown.
- Mick Schumacher (Haas) missed out on qualifying because due to a large mechanical failure in which the team had to change the gearbox, however due to the 107% rule, he might still be able to compete in the race if the stewards use his other qualifying times in previous races and if Haas can get the car repaired on time.
- Bottas (Mercedes) like always has some strong qualifying times
- also... can we talk about the McLaren Monaco Livery (yes, I'm crying, you're crying and it's a fucking one off) fucking stunning.

- Also I wished, Mercedes used this livery (maybe they can for Roscoe's birthday?) 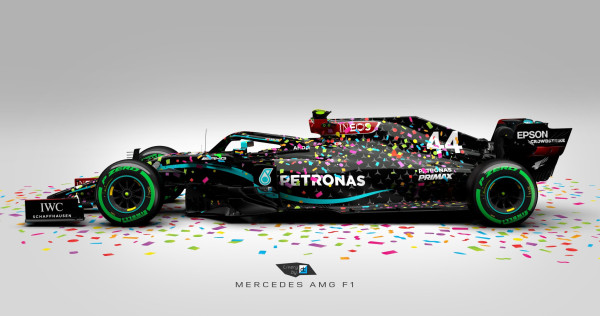 - yes people Monaco can be quite boring and welp, yes, I agree (because for the driver's precision is absolutely key and making a mistake in such a narrow, demanding track - basically you just want someone to get shady to get some excitement) in the more recent seasons however, there are a few corners that allow for overtakes
- Daniel Ricciardo (McLaren) was knocked out of Q2 with P12, when just 3 years ago, he took pole position and the victory with Red Bull Racing
- Nico Rosberg walked downstairs to come give his commentary on Sir Lewis who wasn't having the best Q1 or Q2... damn or Q3 for that matter and ended up Q7
- In Q3 with just 18 seconds to go, Leclerc with the fastest lap crashed into the barrier but still takes pole position which brought out the red flags, so the session was not going to be restarted, hindering Verstappen from probably out-qualifying Leclerc.

If there's significant damage to the car and the gearbox needs to be changed, Leclerc will have to take a five-place grid penalty. Is it giving me Nico Rosberg in 2014 Monaco teas which gives me Michael Schumacher in 2006 Monaco teas? A lil' bit (and by a little bit, I mean a lotta bit).

Chiiiiiiiiile, these Formula 1 men are Top Tier MESSY and I am here for it! It's giving us The Real Housewives of Beverly Hills seasons that we deserved. But in all honestly, given Leclerc's driving record, it probably was him genuinely losing control of the car but I want to believe 👽

He brings out the red flag after hitting the barriers, and the session will not be restarted#MonacoGP 🇲🇨 #F1 pic.twitter.com/BG46Wf4pxY

Charles Leclerc has his 8th pole position; and his and Ferrari's first since Mexico 2019

Yes... that is not a mistake, Sir Lewis Hamilton is seventh.


A lil' recap from The Moving Bricks

Are you ready for the rise of petty Valtteri?
OP sure fucking is...

Straight from the Finnish horse's mouth, he told us he wanted to hold up Lewis's career milestones as much as he could.

Here are our standings after round four!

After another absorbing race weekend, a reminder of how events in Barcelona have left the Driver Standings 👀🏆

Romain Grosjean is having a superb 2021

After his accident in Bahrain during the F1 2020 season, Grosjean is still dipping his toes into the world of motorsport. The Frenchman recently test drove the W12, the 2020 Mercedes-AMG Petronas winning car. He will drive the car as a proper Formula 1 send off in the upcoming French GP

Turkey will not be holding the Grand Prix this year, so that race has been replaced by a double header in Austria

BREAKING: Due to travel restrictions, it is unfortunately not possible to race in Turkey in June


In its place Austria will hold two F1 races, both at the Red Bull Ring with two names - go figure. One is called the Styrian GP and the other is the Austrian GP. The Styrian was thought to be a one-off event from last year, but will continue in 2021.

So excited to tell you that I’m staying with McLaren. My goal is to win races and world championships and over the last three years McLaren have shown me that they’re able to build a car for me to do that in. Let’s continue what we started @McLarenF1 🤛 pic.twitter.com/SjGhrfzX73

Let's just hope he doesn't have to do this. Yes, this is real, honey.

The former Scuderia Ferrari and Brawn GP driver turns 49 today! He's living it up in retirement currently in Monte Carlo and watching his son race in F2.