Yall I was looking at Anne Hathaway's IMDB the other day... it's time to intervene

So, a couple of days ago i bumped into this tweet and while i found it funny at first it got me thinking that it's true and it seems Anne is not the only one, Amy Adams seems to have questionable taste when taking films and so does Emily Blunt to some extent so i dediced to make a post about them. 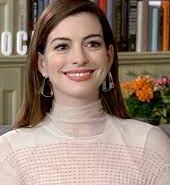 Looking at her IMDb page, we can see that the main problem is that 2020 felt like a long year and since we didn't have much to watch we focused on watching ANYTHING that came out, that leads us to being stuck with films like: The Last He Wanted, The Witches and Locked Down. Anne is a versatile actress so what i think she should do is to take on a mini series and maybe do a horror film, i don't think she's ever done a horror film but i think she would kill it, i think she could also pull off a Horror Musical a la Sweeney Todd. 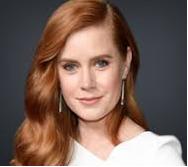 Oh boy, between Hillbilly Eligy and The Woman in the Window, the actress known as Amy Adams seems to be going from underappreciated talented actress to Razzie Queen, to make things worst she also has Dear Evan Hansen coming out this year, oh boy. Luckily for her she's working on Disenchanted (the Enchanted sequel) and since Nostalgia is now what's selling, i think she'll be alright. 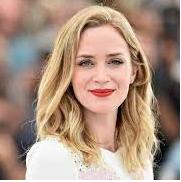 The only reason why she's here is because of Wild Mountain Thyme, what could posses someone to the point where they think: Hmmm, let me make this film. She also has Jungle Cruise, and as someone who has seen the trailer, i feel like the film has no appeal? I could be wrong but this could be one of the major bombs of the summer. She's got a mini series in pre-production and the follow up to Edge of Tomorrow so, i guess the Wild Mountain Thyme was just a one of.

ONTD, do you think any of these actresses need an intervention? Any other actress that should be here?

If you do, what do you think they should do next?
Tags: amy adams, anne hathaway, emily blunt
Subscribe