David Harbour confirms the Winter Guard (aka Russian Avengers) are joining the MCU in Black Widow.

#BlackWidow actor #DavidHarbour has seemingly teased the appearance of 3 more Russian superheroes (including a humanoid bear) in the upcoming movie! Details: https://t.co/eeNr2us2OB pic.twitter.com/Bw6DyVQ0ZA

- David Harbour has confirmed that the Winter Guard is joining the MCU in Black Widow.
- He posted a new poster for the movie and added: "Ursa, Yelena, Nat, CD, Sputnik, I and all the rest of the winter guard look forward to sharing a popcorn bag and a big ole screen in a dark theater with ya on July 9"
- Ursa is like a Hulk-sized drunk Bear; CD (Crimson Dynamo) is the russian Iron Man and Sputnik (Vostok) is a machine-controlling synthezoid (Russian Vision?).
- No word if all those characters will also be played by Asian Trans Tree Scarlett Johansson, nor if Putin had anything to do with the plot or if Destiel is involved. Wink wink.

Here's a picture of the Winter Guard: [Spoiler (click to open)] 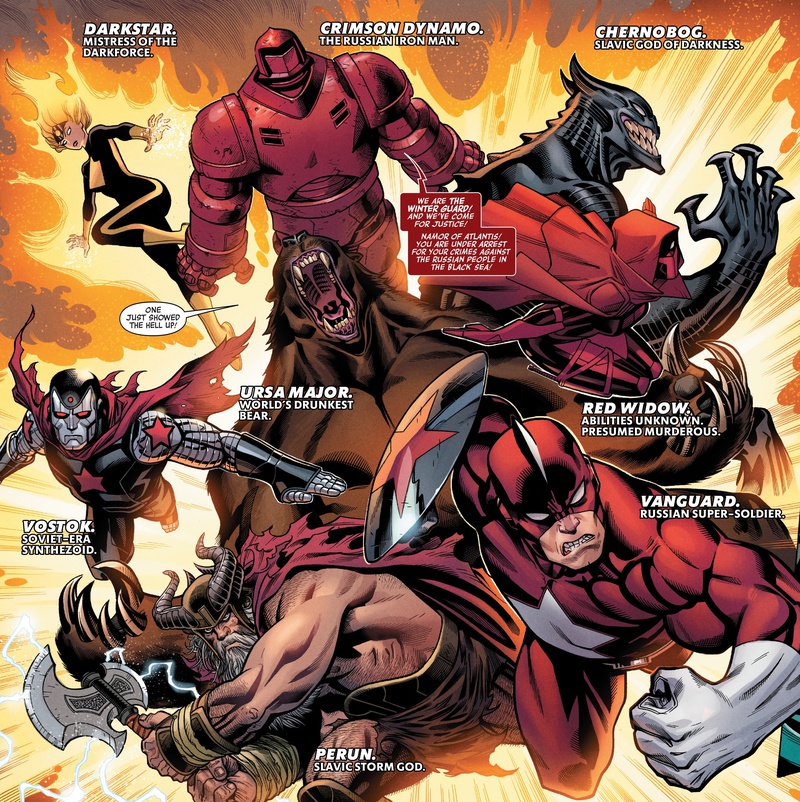 And before you ask, nope, that Guardians movie from 2017 has nothing to do with this even tho characters are very similar. Those guys were 'heavily influenced' by the Winter Guard Marvel Comics.

ONTD, will you be watching this mess?