The Midsommar May Queen (

SELF’s May cover star is @kristenbell! In our profile, writer @michelleruiz talks to the actor about managing her mental health, why scheduling sex is so important for her and Dax Shepard, and what it's like being the breadwinner in her relationship. https://t.co/rX4D5nlni8 pic.twitter.com/S6NwVUIIIM


Kristen Bell photographed by Pat Martin for Self Magazine pic.twitter.com/xSr0A8RMOd

awful marriage aside, that cover is... bad. plastic surgery face is depressing

"There’s only so long you can play out a love affair…and let me tell you, people were angry that we killed Logan. I’m still proud of the way that we did it. I thought we matured it

but seriously...you people had a guy with anger issues try to better himself in therapy only to tell him his violent nature is what turns you on so quit being a pussy in touch with his feelings and go punch something so we can fuck. thats maturing things? lol k

They remind me of that couple that just filed for divorce, Jana something and her husband who constantly cheats on her. Both couples put every single thing out in the public sphere and nail themselves to the proverbial cross for their marriage. When it's clear to everyone sane that the relationships are toxic and destined to fail anyway.

Also? Wow, her nose is pointy.

ngl sometimes i go back and forward with them killing of logan bc LoVe was toxic and Kristen was always wary of being Team Logan, [Spoiler (click to open)] doesnt help that Jason was totally in love with her at first when filming and with Jason being a sci*nt*lo*st but at the end of the day, killing him off was a poor choice no matter how you put it. what makes it worst is rob's and kristen be like oh he died, thats sad and thats ok when its not!!

plus i feel like even if they didnt piss people off for killing logan, the season was awful. rob thomas really thought his writing was great when it feel like he picked the things he thought fans wanted and threw it at the wall hoping it stuck.

the 2nd book is my ending.

also do you think she knew Ryan and odette annable were having an affair? she is friends with both of them.

Is that why Odette and her husband split? I do see they're back together though.

I dislike them both but imagine if they were in a healthy relationship with other people. Imagine how much better things would be.

Wait, so he can relapse on painkillers, but if she cries, that's selfish?

She is the breadwinner in her marriage to Dax Shepard

and don't have a prenup.

Ooooooh! Their divorce will be so much fun *\o/*

No! No,ONTD! I have to go to work and I will not get pissed before I go. I will read this when I get home.

I feel like boasting about raising anti racist children is the new thing Rich White Woman love to boast about.... like... do you want a cookie? A sticker, congrats on raising kids the right way I guess.

"Hey, real quick, are you helping anyone right now by sitting and crying in your bed, or are you just being self-indulgent?"

- was said by the same bitch who threw a tantrum when he had to be reminded to fold towels.

She's so foolish. Her fear of admitting she picked a genuine loser is too strong and he'll leave her before she leaves him.

They're so insufferable. Recognizing race and teaching their children about how some games have racist connotations is better than renaming something to fullman or you know, don't play it at all is another option. They do not have a healthy relationship but they think they do. Marriage should not be trials all the time.

Also her quote about what he said when she wad being sad... what a terrible response to someone going through something.

how can you tell of those things and think that's ok?? How can you smoke weed around an addict you care about?? These people hate each other

They also schedule sex and don't have a prenup...

...Her mental health spiraled during the pandemic (she has experienced anxiety and depression since eighteen), resulting in her sobbing in bed until her husband confronted her. "Hey, real quick, are you helping anyone right now by sitting and crying in your bed, or are you just being self-indulgent? Either get up and donate money or donate your time or do something to help, or take that story in, give it some love, and come out here and be a good mom and a good wife and a good friend and live your life in honor of the suffering that happens in the world.’” Bell had an understandable response: “‘How dare you?’ But also, ‘You’re right.’”

Their eventual (inevitable?) divorce is gonna be a MESS and we're gonna stay fed on ONTD with their nonsense for at least a year. 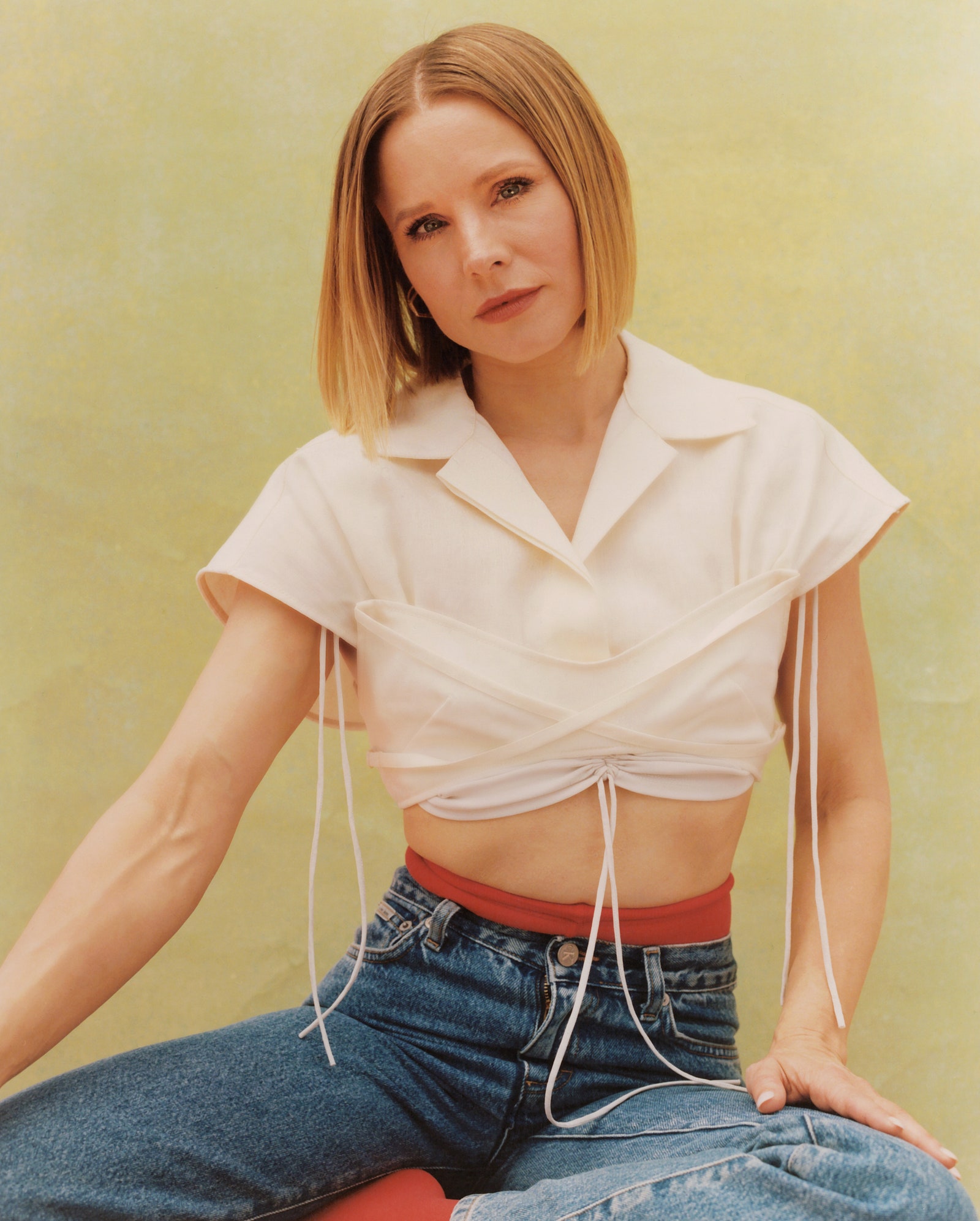 this pic is making me nervous btw

She'd be an easy draw though, I say as a former phleb
Previous
← Ctrl ← Alt
Next
Ctrl → Alt →