ONTD Original: 5 characters who are annoying and the Worst

We all have those characters who we just hate. Some for no real reason and some cause they are genuinely the worst. These are mine. 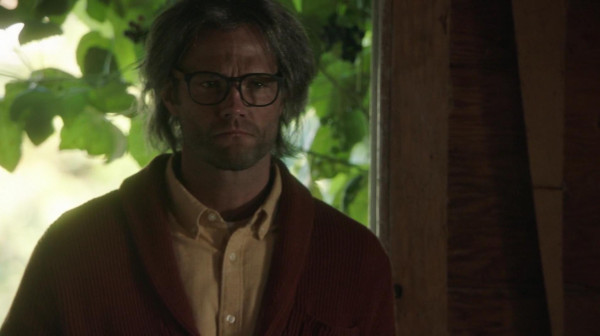 source: me and my tv viewing, google for the pics

I used to hate Beavers from Broad City but he's grown on me over the years.

I feel like Bevers has all the ingredients of a horrible character - a fat, lazy manchild who walks around in the nude whenever he pleases - but he's oddly charming. Like you wouldn't expect it but you can still count on him in a pinch, and he's not so much inconsiderate as living in his own special world.

his evolution was so organic. like when abby was sad to leave him, we all felt it. lol. biggest twist of the series.

omg and when he ended up buying all her stuff and you find him crying in his room with her belongings :((((

i'm rewatching queer as folk (us version) and michael is getting on my fucking NERVES, i really didn't notice how annoying he is! he's not the worst tv character ever to me, but definitely not as enjoyable as the rest of the characters on the show.

I had a lot of love for Hal Sparks because of the I Love The series on Vh1, so it took me a looong time to accept that Michael was legit terrible, lol.

Michael is definitely annoying but I always hated Brian more.

i think the gist is to hate brian because of how he moves in life, but people paint michael as this wonderful person when he's said some shitty things to people that really hurt others and that's honestly worse to me.

Mikey is the WORST, his stupid whiny voice ugh I hate him so much.

I hate Michael. So woe-is-me. His British counterpart in the UK version, I loved.
But I also couldn’t stand Ted or Justin.

lol I watched QAF for the first time in my early 20s and thought he was annoying. I liked his boyfriend/husband more than him.

Sara on CSI. Could not fucking stand her.

Same!! She was awful.

I remember how she would slut shame Catherine and I would rage. Don’t even get me started on her and Grissom as a couple. 🤢

I was so disappointed when the miniature killer wasn't successful in killing Sara.

I’m not saying that Sara wasn’t responsible for her bs, but it was very telling how she became a much better character when Grissom was gone. He was the worst for me.

He was a shitty boss who avoided dealing with workplace issues until they were out of control, he was a hot and cold asshole with Sara, shunted all his administrative work to Catherine even though he knew she just wanted to get home to Lindsay, treated Greg like crap, constantly made sexual comments in the workplace and couldn’t even pretend to be a team player. Hate.

The fact that Blaine got a WHOLE new personality between S2 and 3....is so sad to me.

and age! He went from older/a mentor to Kurt. To younger, when he transferred and was a year down. So fucking stupid!!!!!!!!!

Yes they completely changed everything about him.

dying @ the profound ONTDness of this lmao

I realized recently that the character (not including the actual villains you're supposed to hate) I've hated the longest in my life is probably Teddy Altman from Grey's, oop. Yes, I hate her more than Owen! Yes, he cheated on Cristina and sucks in other ways, but her desperation is insaaaaaaaaane. She was obsessed for Owen when he was with Cristina, then she married Henry "for the insurance," but really because she needs to be needed, and then it turns out she was in love with her bestie WHO WAS WITH SOMEONE ELSE AT THE TIME, and then named her daughter after her without admitting the truth, and then cheated on Owen with Tom. Remember when she said this to her subordinate/student and we were supposed to be mad at Cristina??? 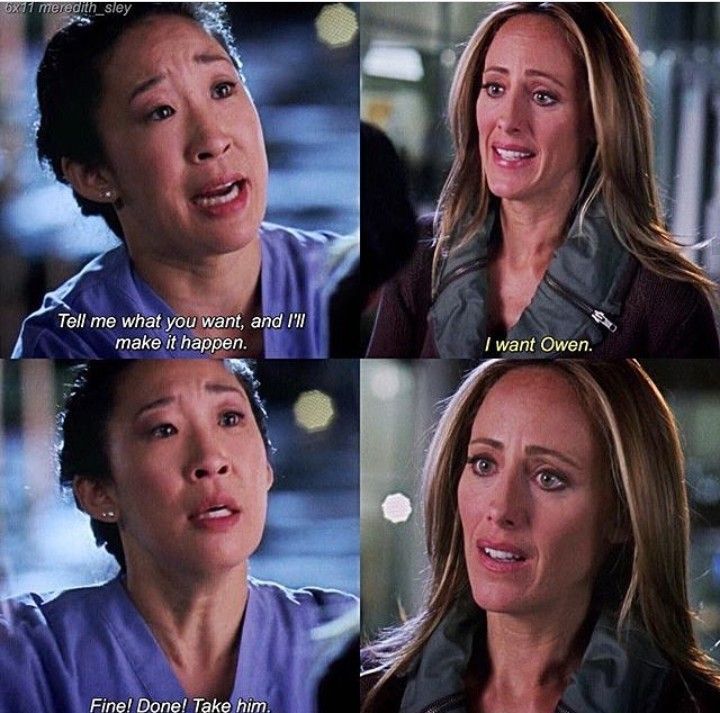 And now it seems like she & Owen are slowly headed towards reconciliation, AGAIN. *screams into the void*

i’m wrapping up season 8 in my rewatch and teddy is awful. i used to be neutral on her but she has been consistently terrible ever since they brought her back so i can’t deal

I'm all for Tom/Teddy -- he clearly loves her and it would finally put an end to the torment that is Owen/Teddy. But idk!! Owen/Amelia clearly isn't gonna be a thing any time soon, as we're def supposed to care a lot about Amelia/Link ... this show is dizzying.

Honestly, the biggest mistake this show ever made is not having Teddy and Cristina realize that they liked each other a lot more than they liked Owen and been together.

ROLAND SCHITT SHOULD HAVE BEEN KILLED OFF.

I understand Roland was supposed to be annoying and that the show had lots of broad comedy but the character just went too far in both directions.

He was just so stomach turning.

We're supposed to hate him obviously so I don't hate him that much but my mom has always really hated Chris Elliott and I imagine this is what she must've seen in him all along.

He's kinda tame compared to some of the irl gross dudes in FL though so I think maybe I'm just desensitized.

If Roland wasn't played by Chris Elliott, I don't think I would have hated him as much. Nothing against Chris or anything, he's just played SO many gross characters over the years that they cling to him like a bad smell.

Of the shows I’ve seen on this list, I agree so much about Blaine and Matt. It’s been forever since I’ve seen Nip/Tuck but he was always such an absolute shit. And Blaine... ugh. Too many things to list.

Some others for me: Rory Gilmore, 99% of the characters on Grey’s Anatomy at some point in time but especially Owen, and Michael Bluth after season 3 of AD.

Oh and Steve Rogers who literally just fucked off to the 40s and left his friends and a world in absolute chaos just to get his dick wet.

Also I hate Kate on Lost. I hate love triangles anyway but that one was particularly annoying.

I don’t think this is unpopular on ONTD lol but Bronn is the worst on GOT. And later seasons Tyrion. The fact that he got to monologue and pick the next king despite being a prisoner...

Kate was always my least favorite character, even worse than Jack lol. She's so ~mysterious~ and ~special~

Everyone else was more interesting than her. Sun, Jin, and Sayid were my faves.

Lol agreed. She’s soooo annoying and aside from one or two flashbacks of hers I liked, I found her story very boring.
I love Jin, Sun, Sayid, Desmond and Penny the most. I have a soft spot for Hurley too lol although I remember him having annoying moments.

Oh my goodness kate is infuriating! Her determination to be an ~outsider when everyone bloody loves her is so boring! I’ve been rewatching it for the first time in years and pretty much can’t stand anyone 😹 I can’t believe we were ever supposed to root for jack - his flashbacks show how toxic he is and the island stuff just showcase him as a giant man baby. I have so many feelings apparently, whoops.

objectively the worst ever 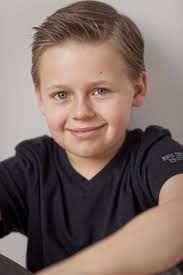 he truly made me distrust and hate all children who got storylines/airtime. WHY WAS HE ALWAYS AROUND?!

were you the one who made an ontd original about the worst children on tv and of COURSE this devil child was on there and you were like, "this post was inspired by jamie scott, sometimes i just randomly think about him and rage!!" i felt that on a spiritual level.

OMG THANK YOU
I always hated this kid and how much screentime they gave him in the later seasons over the adults. Why am I supposed to care about his elementary school problems?

Oh speaking of characters from the OC, Johnny and that annoying crew Marissa hangs out with at public school are the worst lol

I had a total crush on Johnny tho. 🙈

i fucking cheered when johnny died, worst / most annoying character in that whole show as far as i'm concerned.

Elena and Damon from TVD, mostly after the first seasons and especially when they were together
Sabrina in Chilling Adventures of Sabrina (and lbr all her friends as well)
Locke in the last few seasons of Lost

With you on Locke. The man is a great actor but as a character he’s so annoying. I sided with Jack in their arguments lol. He got Boone killed, made everyone go along with pressing the button despite their skepticism but when he has a crisis of faith he decides to stop and almost kills everyone on the island?? So frustrating.
I do love the scene where they reveal he’s in a wheelchair, it gave me chills. And you can see the tragedy of his life when it’s all said and done. But he still irritates me.

Every character on Girls.

Hannah Horvath is one of the worst tv characters ever. Ever, ever, ever

when marnie and her cringe singing everywhere is right there??

But I think the most frustrating annoying characters are the ones you just know the writers don't realize how fucking annoying they are. Because they are essentially the showrunner's self-insert.

I can’t believe we were ever supposed to root for him, he is fully awful!
Previous
← Ctrl ← Alt
Next
Ctrl → Alt →