Mortal Kombat topped this weekend box office, but had hefty competition from Demon Slayer: Mugen Train. Kombat grossed $22.5 million, while Demon Slayer took $19.5 million. Demon Slayer has been a massive hit worldwide, grossing over $400 million and has become the biggest debut for a foreign language film in the North America. Kombat took $6.3 million in 37 countries for a total worldwide gross of $55 million.

Next weeks sees The Mitchells vs. The Machines on Netflix and Tom Clancy's Without Remose on Amazon. 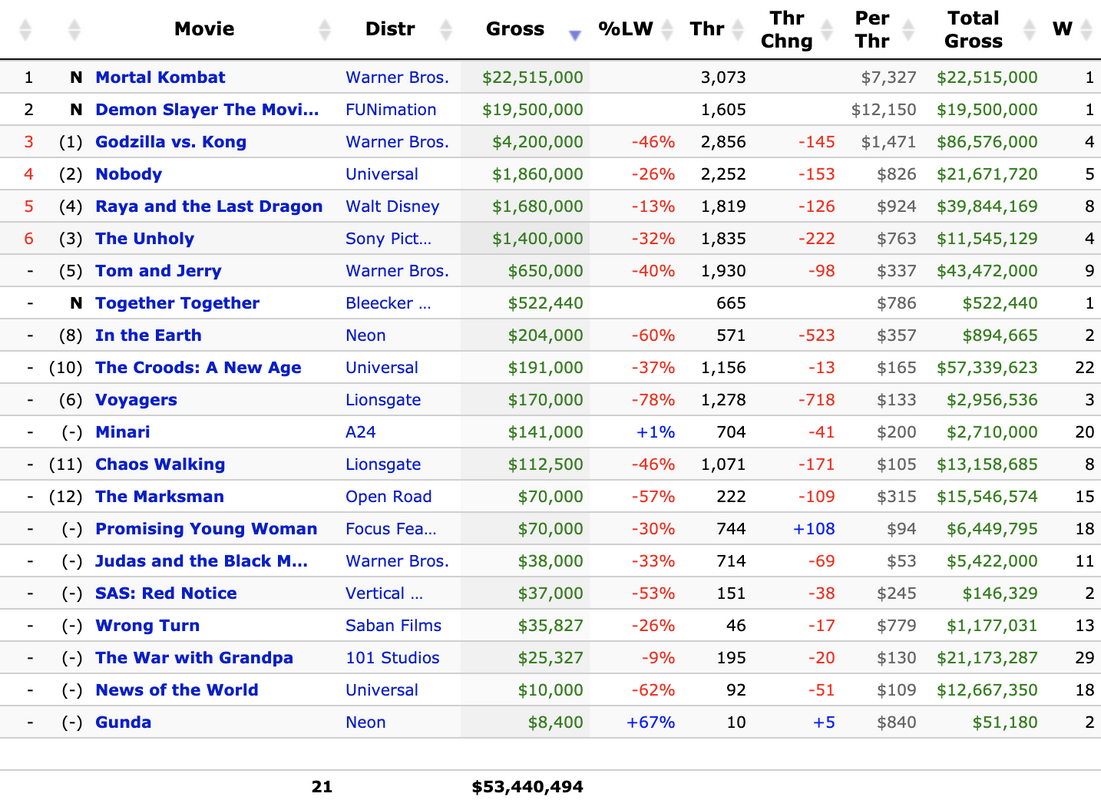