Joe Alwyn officially wins grammy for "Album of the Year"

🏆| Joe Alwyn is now officially a Grammy-winning artist as Recording Academy credited him as a producer for the “Album Of The Year” win of “folklore” pic.twitter.com/NbIWTYYW7U

Even though Joe Alwyn was only credited as a songwriter for several songs on Taylor Swift's album "Folklore," he has now won the grammy for "Album of the Year" with Taylor, Jack Antonoff, and Aaron Dessner.

Originally, Joe was credited for co-writing "Exile" and "Betty" under the pseudonym "William Bowery." It has now been revealed that he also contributed to "My Tears Ricochet," "August," "This is Me Trying," and "Illicit Affairs." He has been credited as a producer of the winning album, yet he didn't receive credit for this role on the physical album when it was released.

When his then known credits weren’t enough to get him a Grammy (less than 33%), he received a certificate. Now this has been changed, and he has earned a Grammy award.

His actual name, Joe Alwyn, has also been added to the credits in Spotify: 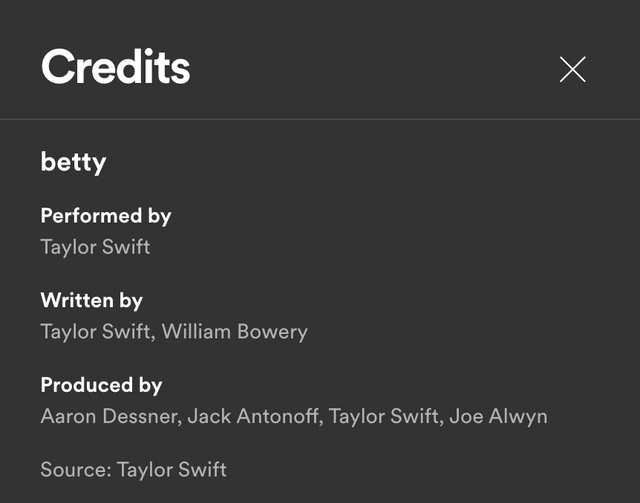