ONTD ORIGINAL: 5 youtube videos (essay?review? idk what to call them) that I love.

So, I know no one ask for this but I have nothing to do so why not make an ontd original, and at first I wanted to do a top 10 adventure time episode post but then I was like no just post 5 videos of video essay (or reviews or whatever I should call these videos?) because hey, I like to share thing, so why not share this! Okay so why do I re-watch youtube videos, well mostly because I really liked them and therefore can re-watch them over and over again and while I do re-watch many different types of videos I decided to focus on films/tv-shows because that makes the most sense, this is a pop-culture webpage after all, so yeah, bye hope you like me list <3

why i like it: because it shits on the youtube channel "cinemasins" and The Cabin in the Woods is one of my favorite (modern) horror films.

I HATE THE EMOJI MOVIE

why i like it: i don't even know why I have re-watch this video so many times but I think the beginning of the videos is just funny, the shit weather, the super tight pants (why are is pants so fucking tight like????) him dropping the ticket/receipt, the family fighting in the theater, who knows not me. 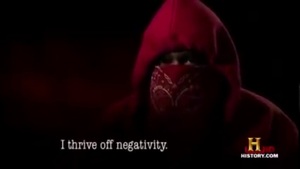 why i like it: because it shows how trash the movies are (and this is coming from a person who actually like the saw franchise) and how the timeline make zero sense. he also kinds sounds like tina from bobs burger.

(psst..i also really like his videos about the walking dead)

Sherlock Is Garbage, And Here's Why

why i like it: #Ithriveoffnegativitypart2 , also it's really long so I can just put this on as background noise and chill, also I was on tumblr while Sherlock was on and seeing like thousands of people love a show that you think look like trash, it was nice to see someone shit on it :)