Taylor Swift posted the tracklist for her re-recording of Fearless, including the 6 "Vault Songs" from the Fearless era that never made the final record or it's platinum edition.

4 of the 6 "new" songs appear to have leaked in some capacity over the years, and subsequently uploaded to Youtube or Soundcloud. Here's a quick rundown of the songs being re-recorded:


You All Over Me (Written by Swift and Scooter Carusoe)

The demo leaked in 2017. The new version has already been released and kinda features Maren Morris:

Mr Perfectly Fine (Written by Swift)
No public leaks. "Taylor's Inner Circle" (a bunch of weirdos who hunt and collect Taylor's unreleased songs and write about them on a website) don't even have a copy.

We Were Happy (Written by Swift and Liz Rose)

_pdleon · We Were Happy - Taylor Swift

This song appeared on a demo CD from 2005 with a bunch of songs that ended up on her debut album: 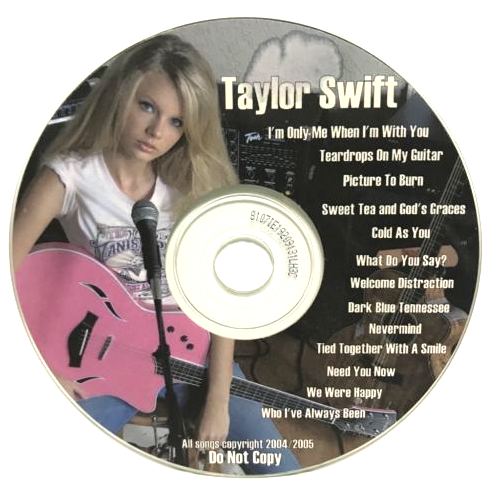 That's When (Written by Swift and The Warren Bros)

No studio recording of this one, just an acoustic worktape that leaked in ~2014. Another song written with the Warren Bros. called Welcome Distraction appears on the above mentioned demo CD.

Don't You (Written by Swift and Brett James)

No public leaks of this one. Taylor's Inner Circle claim to have a piano demo and describe that as follows:

A melancholy piano demo with haunting vocals that have a sadness and longing to them. This was likely recorded in 2005 and was probably considered for the first album. Taylor runs into her ex and feels pain because it brings back so many hurt feelings and sad emotions. She feels that she still loves him and wonders why he doesn't feel the same way. She will try her best to go on with her life. (Note: In addition to our piano demo with Taylor on vocals, we also have two studio recordings, one guitar-based and one piano-based, with non-Taylor vocals.)

_pdleon · One Thing - Taylor Swift
Bye Bye Baby seems to be a legitimate Fearless contender, as it appeared on a tentative tracklist Taylor wrote on her mirror back in the day. The original, which leaked in the early 2010s, sounds like Goodbye To You by Michelle Branch.