ONTD fav Bob Odenkirk is #1 at the box office this weekend. His action thriller, Nobody, took $6.7 million. The film was very well-liked among audiences, receiving an A- Cinemascore.

Overseas, Godzilla vs Kong debuted with a strong $121 million in 28 countries, $70 from China alone. Wednesday sees the debut of the monster fight in North America. 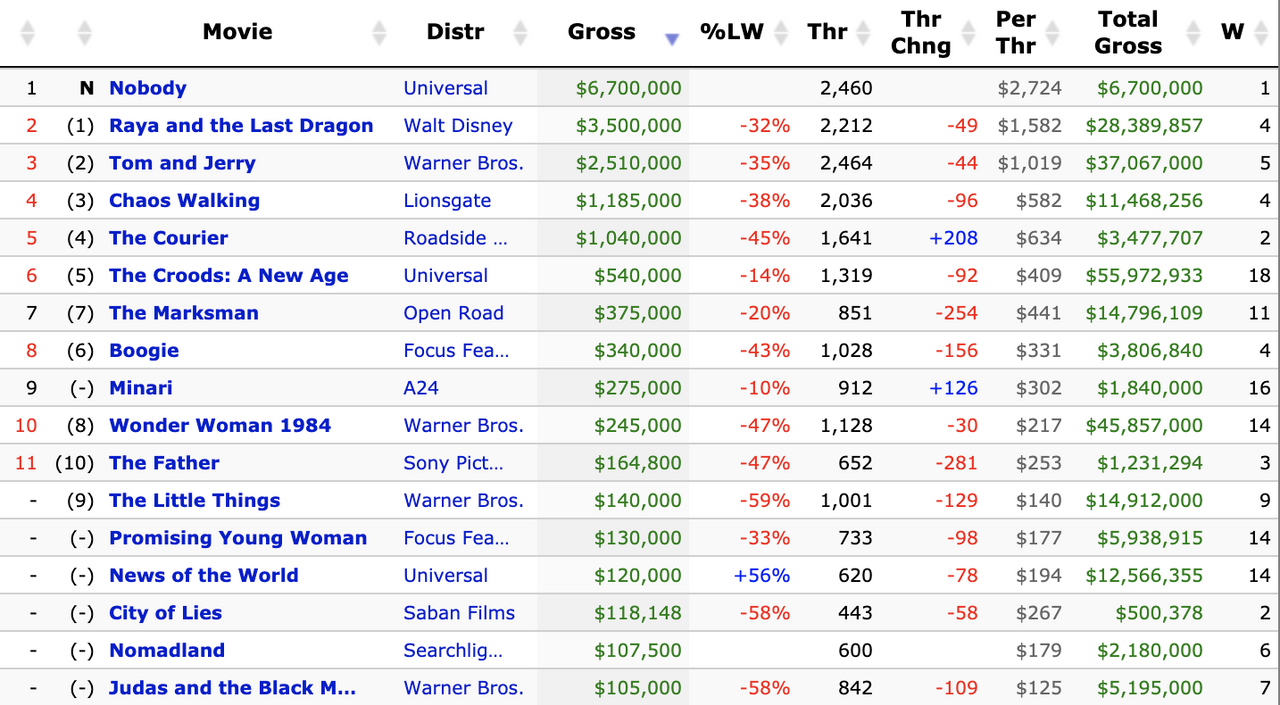