Tom & Jerry debuted this weekend to a big $13.7 million to grab the top spot. This was the biggest opening weekend since WW84 two months ago and the only film to really do any business, as The Croods 2 came in 2nd with a distance $1.2 million.

Theaters in New York City will finally open again next weekend, so next weeks numbers will be an interesting one. Releases include the Spongebob sequel finally hitting the States on VOD, Coming 2 America on Amazon, Raya and the Last Dragon in theaters/D+ and Chaos Walking. 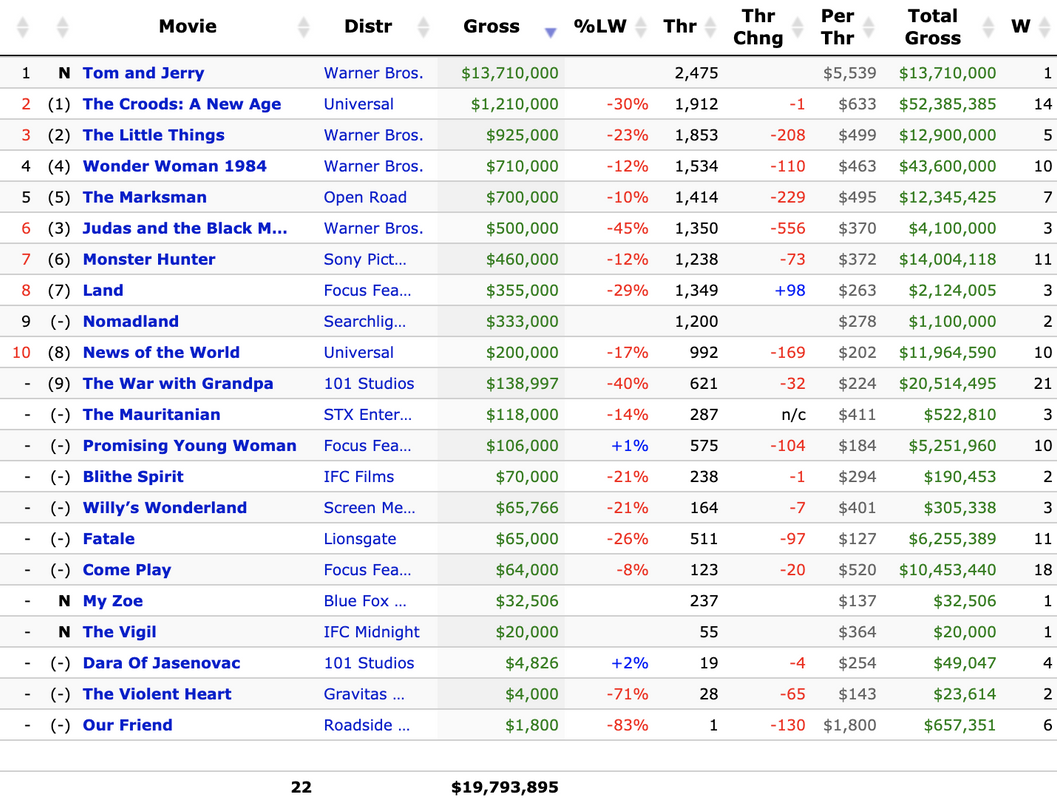