Vanessa Bryant caught wind not everyone had nice things to say about her late husband, Kobe, upon his death ... including Evan Rachel Wood, who labeled him a "rapist." https://t.co/EfsPpyGAUC

Evan Rachel Wood called Kobe a "rapist" shortly after his passing in Jan. 2020

Today, Vanessa saw the tweets and she responded 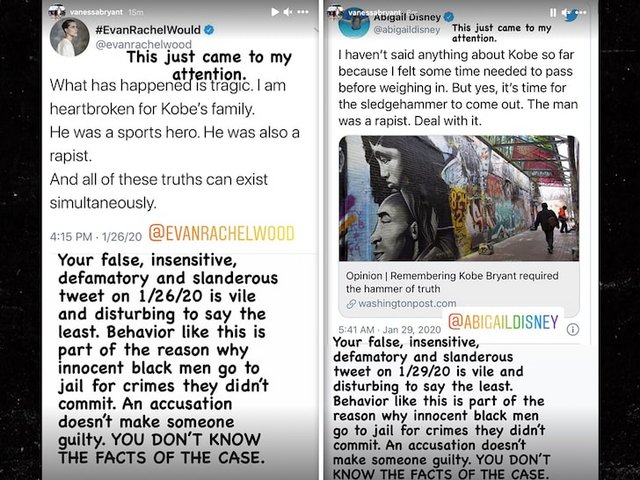 For the record, the criminal charges he was facing were dropped after the accuser refused to testify. She later sued him over it, and both sides reached a settlement.